Well, that makes it a week and a bit of St Francis Today 2.0 and so far it seemed to be going swimmingly. Until Wednesday morning, that is. I woke up to get going with the daily updates, only to be well and truly locked out of the site. This was followed by a few urgent and somewhat terse Whatsapps to Colin at 5 am, and luckily he is also a morning person and was already up.

The site was down, on the first day I was prepped to do the newsletter run by myself. Some incompatibilities between my Macbook (Apple For Life!) and Colin’s sulking Pleistocene-Age laptop, combined with two load-shedding periods in one day, and we had a website that didn’t want to be woken up, and couldn’t care less about our deadlines. After some brief exasperation, it was decided to leave the newsletter for the day, and Colin was going to try and open up the website.

It took a few hours, and we were up again, but the moment had gone, and we stuck to our guns. So this is yesterday’s newsletter, with today’s news. Hope everyone is well, and thanks for those emails of concern.

As mentioned before, Colin isn’t going anywhere, thank goodness, and he will be in the mix for a long time to come, like when I accidentally forget to save a page, or when the website doesn’t want to talk to my Macbook like yesterday. These things happen, and Colin has a sharp eye for the details.

Looking forward, we have Movember, and this year it is being run by Rotary in our town. We have the new-look FOSTER website, and we have a new pub and a new restaurant opening in the village soon. More about that later. We also have our Grade 12 Learners going into their final examinations at various schools across the country. Good luck all, you’re on the home stretch of your school career, and Billy’s Beach is just around the corner.

We also had Dirk Ellis and Clint Hempel finishing the Fish River Canoe Marathon this past Saturday, having swum the last few kilometres from Cradock Weir, where they finally broke their canoe in half!

Dirk and Clint and their broken canoe.

Phil Smith won the singles (although it is mainly a doubles race), and Pete King completed yet another successful race, this time in a K3. Well done legends!

Thanks for the support thus far. It has been great. Feel free to hit us up with ideas, pitches, photo entries for the new Photo Of The Day column, and even just to say hello and tell us what’s really going on. 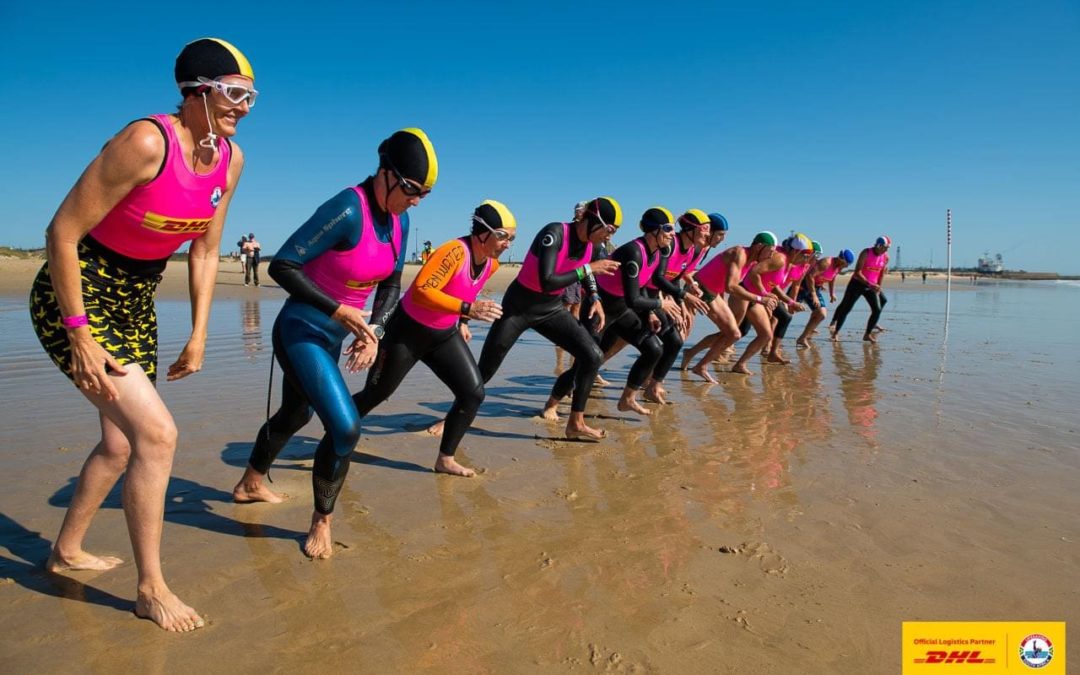 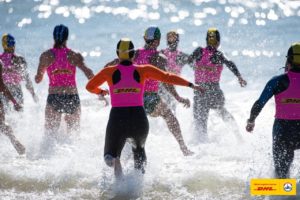 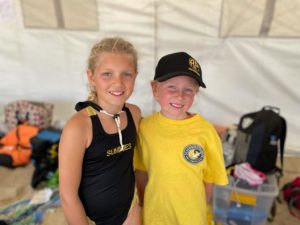 More good things are happening to our village, and to people from the village. Here are a few notes picked up over the last two days.

Amica De Jager from St Francis Bay was more than victorious at the recent Lifesaving SA Championships in Durban.

During a fantastic two-hour session, she won the Iron Woman, the Surf Swim, the Female Board, the Single Ski and added a silver in the Run/Swim/Run.

In 2018 Amica was the only South African to make it into the Interclub Iron final at World Rescue in Australia in 2018. Still, her performance on Saturday ranks as her finest as a senior in the National Championships. Well done, Amica!

When it comes to golf, the exciting news is that the 86th edition of the South African PGA Championship, South Africa’s second-oldest professional golf tournament will be played at St Francis Links from November 4 – 7.

Vuyani Dayimani, Chief Executive Officer of the Eastern Cape Parks and Tourism Agency (ECPTA) was delighted with the news. “Our partnership with the PGA aims to stimulate the Eastern Cape Province’s tourism sector and thus save and provide much-needed jobs as the tournament will support local businesses and attract local and international tourists,” said Dayamini.

Exciting times for The Links!

St Francis’ Jessica Brown has been selected as Head Girl at Woodridge College in 2022. With more St Francis children going to Woodridge College, it is a proud moment to have a local student selected for a significant leadership role next year. Kuhle Sqwepu is the 2022 Head Boy. Well done, Jessica and Kuhle!

It wasn’t too long ago that Nexus Yachst/Balance Catamarans suffered much destruction when a massive fire gutted their St Francis Bay factory, destroying two boats in the process. Under the leadership of Johnny and Roger Paarman the crew put their heads down and continued to work towards their goals. This week they launched ‘Little Bird’ a Balance 526 model, and it is exquisite. It is always exciting when a new build yacht is launched. If you are on Facebook, photos can be found on the Nexus Catamarans Page.

Thanks for all the support after the first version of St Francis Today 2.0 went out last Friday. Positive and encouraging, it was also good to learn how much St Francis Bay’s local community enjoys and needs the newsletter and website.
As mentioned, there will be a load of local news and information because a lot is going on in St Francis Bay. We have a bustling village with many highly skilled and talented people in it.

Wild Flower Walk
Next weekend sees the return of the St Francis Field Wild Flower Show with guided walks, fynbos displays and slideshows, organized by Dave Bowmer and FOSTER.
It is a wonderful way to learn about and enjoy our natural fynbos beauty around the greater St Francis area.

Registrations for the Wild Flower Walk can be done through Colleen Smith. No cost but donations will be taken for FOSTER. The flowers are looking stunning and for any further details, contact Colleen. Smithcolleen0050@gmail.com or cell 0826733754.

St Francis Market
Next weekend also sees the local St Francis market’ outdoor shopping experience’ on Saturday 89th, weather permitting. The St Francis market has become extremely popular, and there are so many great products to buy. The homemade food and farm products are great, the local clothing is awesome, and we all like to Support Local.

For both the Flower Show and the Market, all COVID protocols will be strictly adhered to, so please wear a mask, sanitize and keep your distance.

Movember is Coming
Before you know it, it’ll be November, the weather will have warmed up, and we will be heading into summer. No better time for the men in the village to grow a bristling moustache. This year Movember in St Francis is organized by the Rotary Club Of St Francis. All proceeds go to St Francis Hospice Kouga. They are in dire need of funding right now. There are loads of fun prizes for those men entering.
All details are below.