The Pam Golding Properties King and Queen of the Kromme 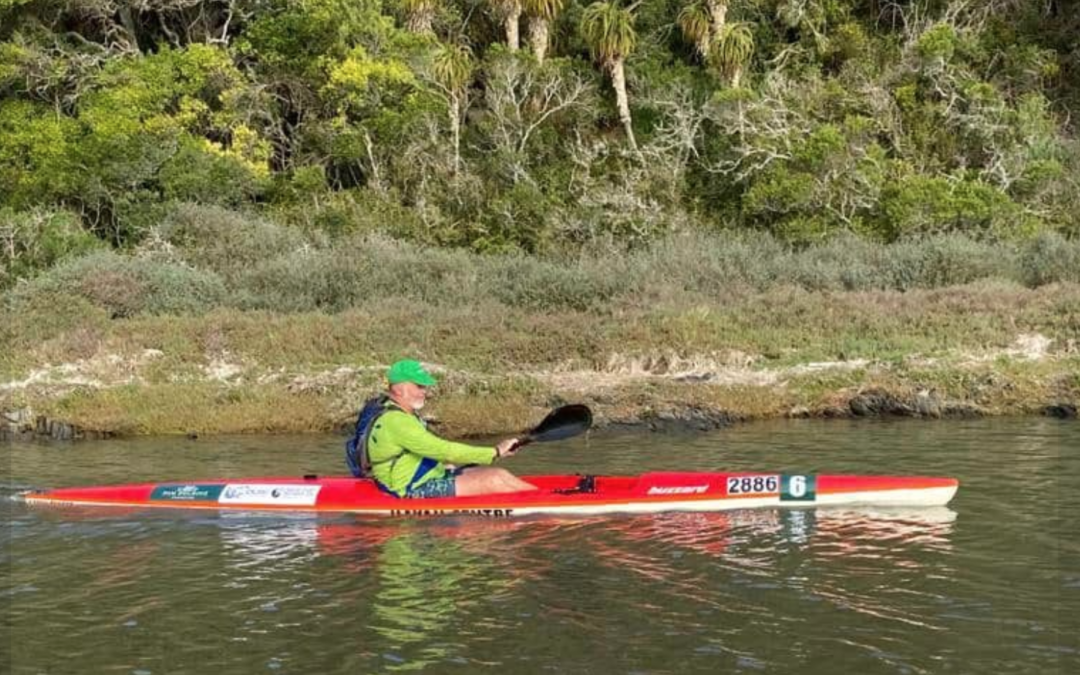 So the Pam Golding Properties King and Queen of the Kromme is over for another year!

80 paddlers, an excellent turnout, with amazingly four top paddlers who were all possible winners.

Great sunny weather .. on the way up! Hard work on the way back into the breeze.

Well done to our winners, 2022 Queen Of The Kromme young Jade Wilson (back to back victories!) and former world champ Jasper Mocke, 2022 King Of The Kromme (who also won in 2018). 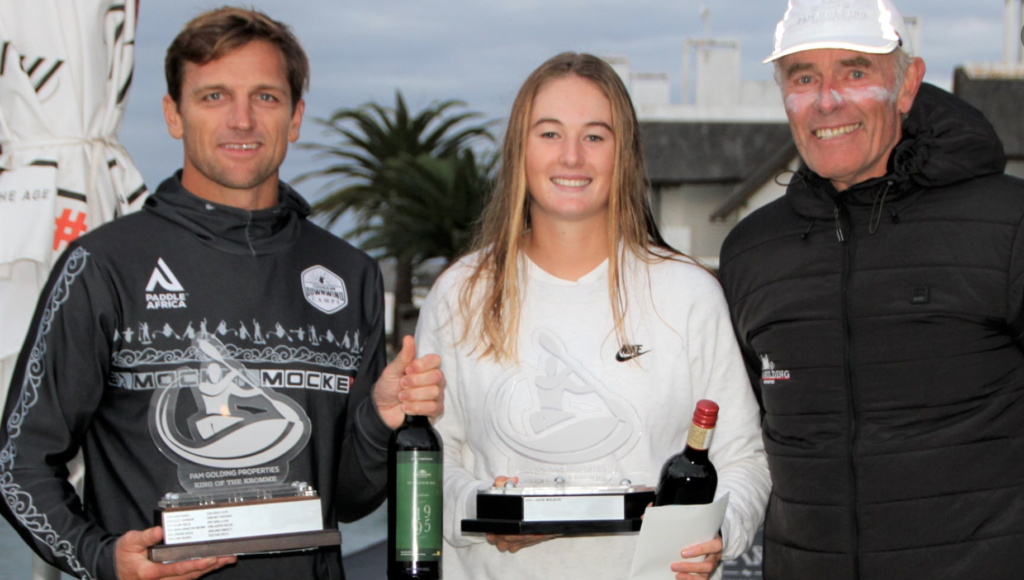 Jasper, now living in JBay, was less than a boat length ahead of Ricky Talevi, who seems to get faster the older he gets!

Phil Smith got tangled up with a fishing line, and Steve Woods pulled out after only 2km with chest cramps. Brandon Van Der Walt, maybe not so fit after his wedding, finished in third place, but a few minutes behind Jasper and Ricky.

Well done to all paddlers, some doing their first 12km river paddle. Backbreaking work paddling back into the solid incoming current and an easterly breeze

Although the high tide was at 3.45pm on the coast, it was still pushing up hard at the Cove at 5pm! And tricky coping with wake from many boats.

Regarding winner Jade Wilson, she finished ahead of top paddlers like Jason Goedhals and Fanta Gous … in a double!

And well ahead of solid paddlers Werner Smit and our club captain Pete King.

And even further ahead of very competent paddlers like Brad Rosser, Neil Barrow,

And Jade paddled on her own for most of the race!

I thought Kirstin Scott had a great race (I hope she doesn’t mind me saying that), only 8 min behind Jade, but it looks like she might have enjoyed Brad Rosser’s ample slip!

Tracey van der Walt was perhaps a bit off her game after her recent wedding! .. 4min behind Kirstin.

Best wishes to Jade and Jasper and all paddlers who are heading to Cape Town for the Freedom Challenge (Jasper with brother Dawid, and Jade with Nicky Birkett)

It would be great if they both win the Kromme and Freedom double!

They also have many other events in the coming weeks, e.g. SA single surfski champs and sprints.

Huge thanks to Shaun Frayne for pulling me all the way back. He is an excellent mountain biker, but not a regular paddler, but he proved strong yesterday!

I fell off my bunch with that horrible portage on the right on the way up just after the big bridge (keeping in the deep channel was way quicker ). So I had a lonely long paddle up to the Geelhout buoy. Still, luckily Shaun caught me when I was thinking of hitching a ride back in a speed boat!

Sincere thanks to Marie Dave and Marie Louw, who was amazing as usual, e.g. sorting out many entry problems etc. She has been actively involved for weeks.

Also to Charles Jonsson and Jen Vallance and Magda Boshoff

On the day, thanks to the registration/timekeeping team, Marie, Mandy McGregor, Gail Brooker and Jo Brown

And Pete King for the race briefing and placing the turn buoy up the Geelhout.

And to Jason Goedhals from Carbonology for the lucky draw paddle as always (won by Jade!)