Why was a Nature reserve named after Irma Booysen?

Another article by Matt Gennrich in a series of articles on St Francis Nature Reserves and the work FOSTER does to protect and maintain this and valuable asset.

The Irma Booysen Nature Reserve is the largest of the four nature reserves to be found at Cape St Francis. It has numerous entry points from which to access the many varied walks, with the best known on your left, as you drive into Cape St Francis

The farmland adjacent to the Seal Point Lighthouse (built in 1878) known as ‘Kaap St Francis Vuurtoringmaatskappy’ was swapped by developer John Booysen for his Chevrolet in 1963. The farm was called ‘Ongegunde Vryheid’. During the development of the farm into a township, Irma Booysen persuaded her husband to set aside a tract of land for the preservation of the unique, fragile coastal fynbos of the area. She was a great lover of nature. She painted the many diverse species of plants in the reserve. In 1965, Cape St Francis was officially proclaimed as a town.

Today the reserve has many well-marked intertwining routes including the Des Green circular trail. These meander through the fynbos vegetation and ours, a part of the Cape Floral Kingdom, is one of the seven floral kingdoms to be found in the world. Although it is the smallest kingdom, it has the most species and many of these are endemic and unique to this kingdom.

The trees are marked for easy identification, and benches are placed throughout the reserve to allow visitors to enjoy the view over the headland with two points, unique in the world. While on these walks, visitors can take in the beautiful views of Seal Bay and the Cape St Francis Village.

There are also several well-maintained cycle routes, which cyclists are urged to use and to avoid using the other paths as this will cause unnecessary damage to the fragile, sensitive vegetation.

This reserve also gives visitors the best chance to see some of the small game in the area including bushbuck, grysbok, bush pig and caracal, apart from the incredible birdlife.

All the reserves are managed by FOSTER (Friends of St Francis Nature Areas) in accordance with an MOU with the Kouga Municipality. Through membership fees and monies raised, FOSTER looks after and maintains the walking paths and trails and removes alien vegetation.

In a partnership between the KOUGA Municipality and FOSTER, a team from Working on Fire, have been clearing firebreaks in the Irma Booysen Reserve since last week. This is to help prepare Cape St Francis for the summer fire season. Work has begun near the tennis courts and will then proceed towards the Birkenhead and Diaz entrances of the reserve.

The website http://foster.org.za/gallery/wppaspec/oc1/cv0/ab2 offers those interested in the vegetation, birds and wildlife an extensive list with photographs of the fauna and flora to be found in the reserves. It also provides maps of the walks and membership details. 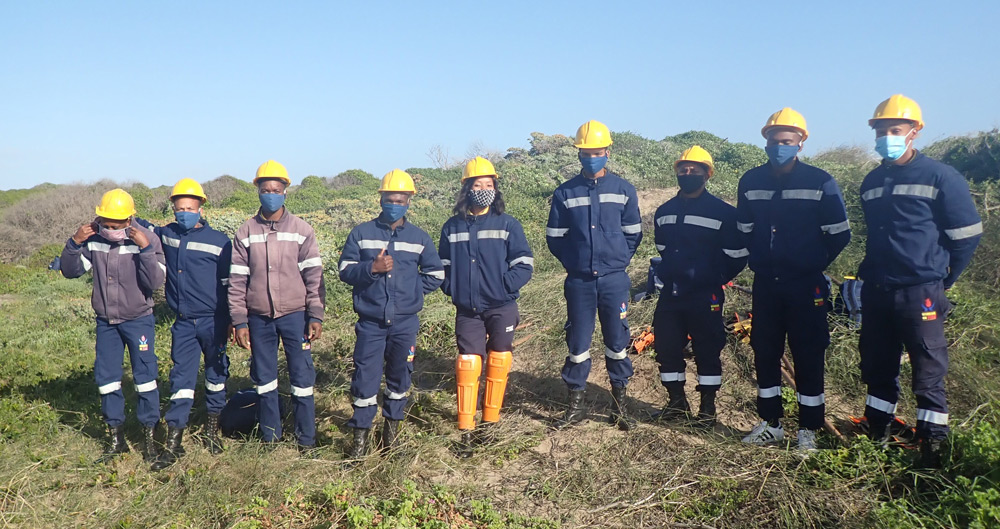