Wentzel Coetzer has just returned from Brussels where he was presented with the International Thesis Award 2016 for a young researcher who submitted the best thesis. The award is aimed at supporting young scientists under the age of 35 whose research projects contribute to the sustainable use of wildlife. 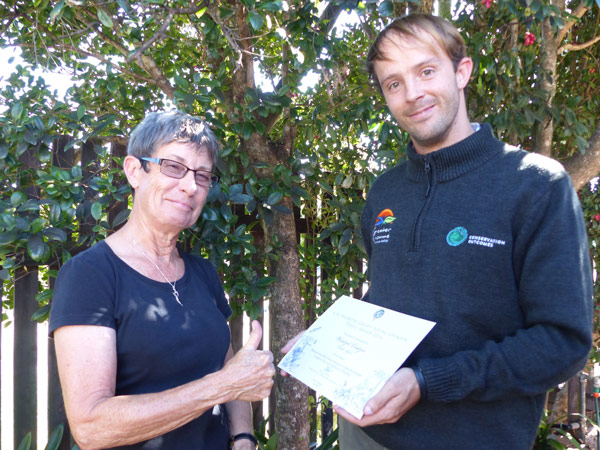 Coetzer explained: “This was awarded by the International Council for Game and Wildlife Conservation (CIC) which is a politically independent not-for-profit advisory body, aiming to preserve through the promotion of sustainable use of wildlife resources.”

The award was presented at the International CIC’s 63rd General Assembly Conference which took place over two-and-a-half days, with representatives from France, Germany, USA, Russia, Romania, Kenya, Uganda and other countries participating.

For the award, participants have to be students of Masters or Doctoral programmes. Dennis Slobodyan, Vice-President of CIC Young Opinion commented that the quality of this year’s submissions was outstanding and the judges felt that Coetzer’s work and that of the co-winner (a young lady from Romania) were above all the other submissions and addressed the three pillars of sustainable wildlife management, namely: economic, socio-cultural and ecological aspects.

The title of Coetzer’s doctoral thesis was: Causal determinants of public attitudes towards hunting as a basis for strategies to improve the social legitimacy of hunting which was quite a controversial topic!! He said: “My research focused on the underlying perceptions on which different attitudes towards hunting are based, with the ultimate aim of finding ways to improve the social acceptability of hunting.”

He explained that the public is often unaware of the fact that responsible, regulated and sustainable hunting makes a considerable contribution to wildlife management and conservation, and therefore it is important to keep hunting socially acceptable. He worked under the supervision Prof. Pieter van Niekerk at the Department of Agriculture and Game Management of Nelson Mandela Metropolitan University.

Coetzer said: “It was exciting at the conference as there were several hundred people and the proceedings had to be translated. As a winner I was required to give a ten-minute presentation of my thesis and answer questions and that went off well. It was quite nerve-racking going to Belgium and Brussels with all the heightened security after the airport attack. Well-armed police and military personnel very much in evidence and it took a long time to get in and out of the airport, especially in!”

Coetzer is currently working as the Biodiversity Stewardship Facilitator for the Greater Kromme Stewardship (GKS) initiative.  The GKS initiative was established by the St Francis Kromme Trust under the leadership of Maggie Langlands, along with a group of renewable energy developers.

This voluntary association of wind farm developers and operators, the St Francis Kromme Trust, and other conservation focussed parties is unique in the fast developing renewable energy sector in South Africa and serves as an excellent example of how environmental NGO’s and large industry can work together and also how competing entities in one sector can work together for greater positive impact in selected areas. The GKS initiative offers private landowners in the area the opportunity to play an important role in the conservation of our natural heritage. To date, Wentzel has made good progress in engaging with land owners and consulting with various environmental, farming and administrative bodies active in the Kouga – Tsitsikamma area.

Thank you Yvonne Bosman for a great article