Both sea rescue craft arrived at the GPS co-ordinates (provided by the skipper of the passing vessel) at the same time at 13h50 where SAWDN volunteers found a juvenile approximately 14 meter Humpback whale anchored to the sea bed with fishing rope around its tail and a single floatation buoy.

The SAWDN volunteers got to work and the line around the tail was cut which freed the whale from the anchored entrapment and then the floatation buoy was cut. All lines and the buoy cut free were recovered.

The cutting operation took 20 minutes before the whale was freed from the rope and buoys and the whale swam off confidently and we are confident that the operation has been successful and the whale appears to be healthy.

This is the furthest out to sea that a SAWDN operation has been conducted. 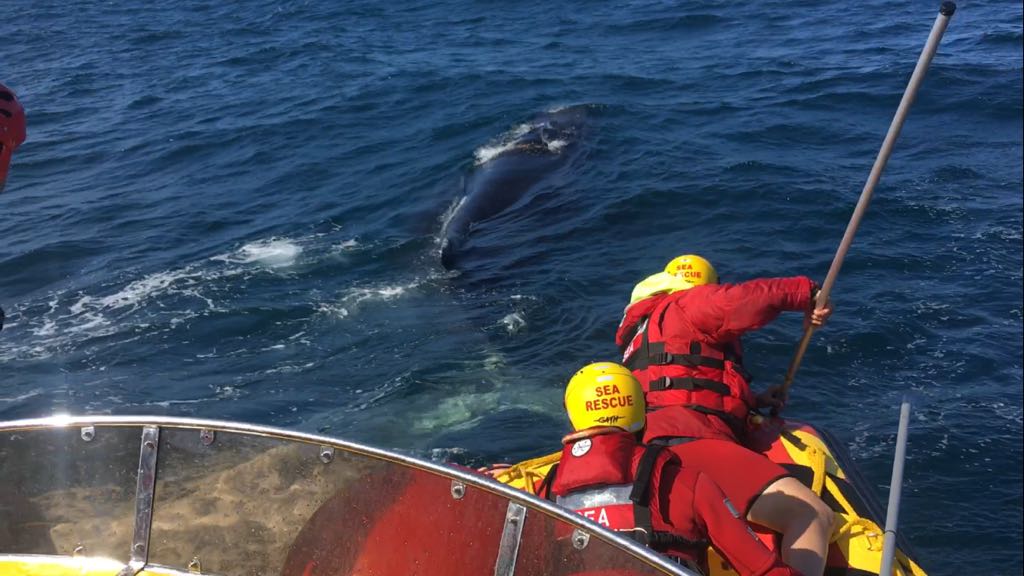