Vandals in our Reserves

FOSTER continues to look after and maintain the reserves and the paths in the 4 Cape St Francis Nature Reserves that it has jurisdiction over to the best of its ability. It does so to preserve the rich flora and fauna of this areas as well as for the benefit of the greater St Francis community and visitors who use the reserves for recreation and sporting activities. 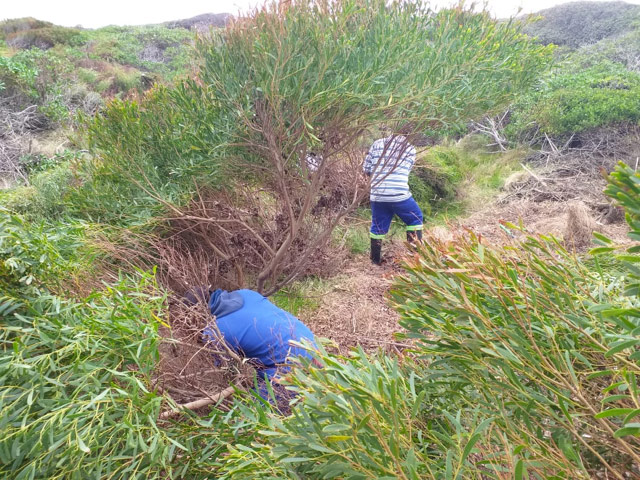 A lot of ongoing work has been done in recent weeks in the reserves and with the first flowers now blooming, the reserves are looking stunning. With funding provided by a generous anonymous St Francis Bay resident, a team is also working to remove invasive rooikrans in the Cape St Francis Reserve and the impact of their work can already be seen. If you have not recently been in one of our reserves, do yourself a favour and spend an hour or two in one of them and come out feeling rejuvenated and, if not a member you might be tempted to become one. (https://foster.org.za/contact-us/membership/)

Our strategically placed cameras which pick up animal movement and which also allows us to measure the use of the reserves by walkers and runners have again been picking up the odd cyclists riding on paths that are clearly demarcated as non cycling areas. Why, when in conjunction with and funding supplied by the cycling club, there are many well maintained cycling paths in the reserves, some entitled individuals believe that they have the right to use these paths remains a mystery. 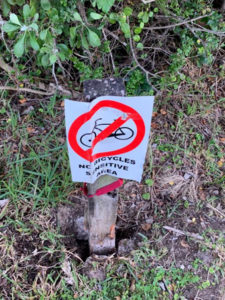 Even more of a mystery is why, and one must assume that it is the same individuals, also have to damage and vandalise the non cycling signs. No doubt they get a sense of satisfaction from having “screwed” the system. Is it really that different to the vandalism on a much greater scale we saw in some parts of our country in July? These are probably privileged holiday makers that have come to St Francis as this type of behaviour seldom happens in the off season. 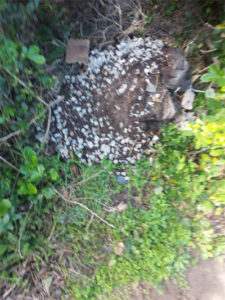 Another ongoing irritation that requires the use of our limited resources is the illegal dumping of building rubble either by contractors or home owners at the edge of our reserves. We know that it’s a schlepp to the Humansdorp tip, but lets preserve the pristine environment we are living in.

So, if you see people flagrantly disobeying the rules in our reserves or vandalizing signs please ask them why, maybe its time to name and shame them. To those responsible, please think about your behaviour and if it is really necessary to conduct yourself in this manner. Why not use the cycle paths in the reserves and in the greater St Francis area and the tip in Humansdorp.