*vale is Latin for farewell or goodbye. It is pronounced vah-lay or wah-lay.

On last Friday afternoon a large group of friends, all with one special person in common, got together at the Full Stop Cafe to say our final farewells to Colin ‘Collo’ Watt, former editor of St Francis Today. It was an informal gathering, quiet, with the possibility of getting rowdy and out-of-hand at any stage, just like Colin would have liked.

Colin’s boet, Ian Watt, said a few wonderful words about his brother, and the exciting funny and complicated life had lived.  Then, in front of quite a gathering of people, Collo’s friends started relaying some special memories, and some of them were pretty hilarious. 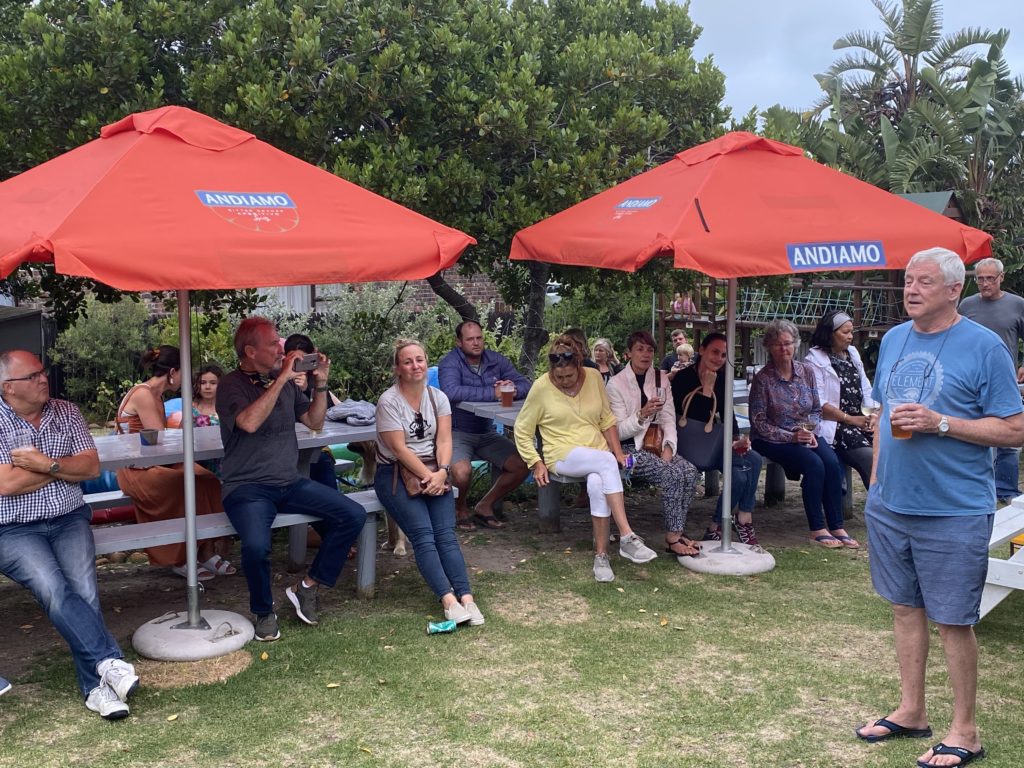 Ian Watt told us some wonderful stories about his brother Collo.

Geoff told us about the time that Collo ordered two quad bikes from China, expecting two life-size quad bikes that would be able to roar over the dunes, just like the Chinese video promised. Both arrived safely, and when picked up from the Post Office Collo found out that they were both the size of matchbox cars. 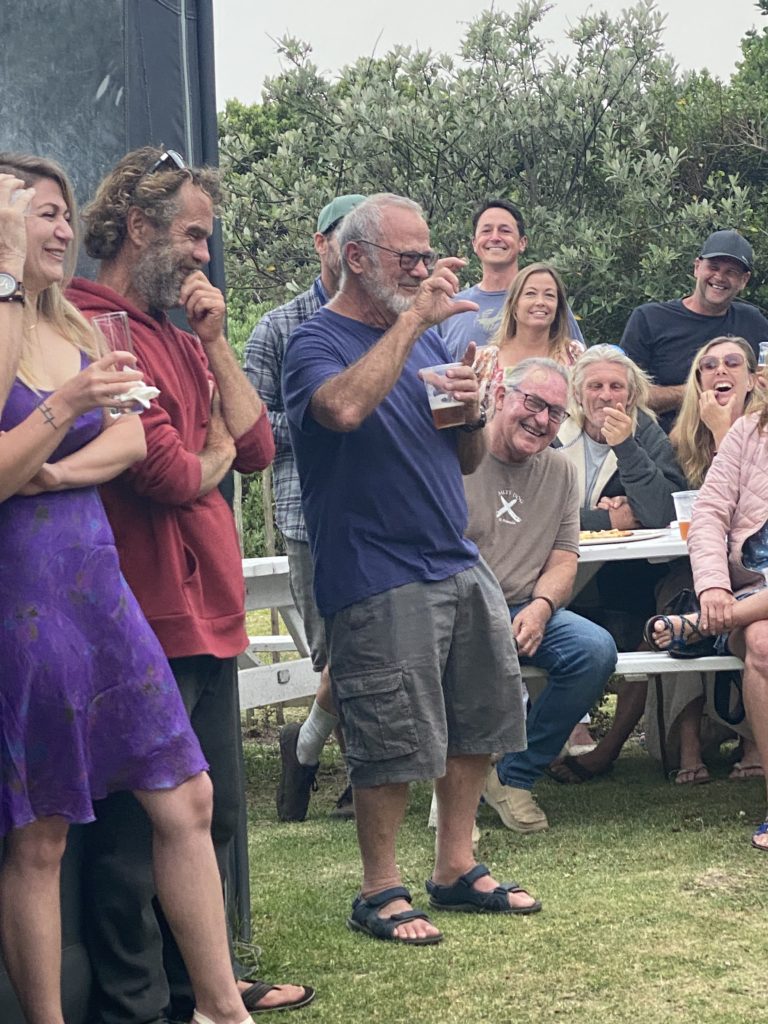 Geoff and the tiny quad-bike story

Roger Paarman told us of the time that Collo decided to – quite randomly – hide easter eggs in their garden for Roger and his wife to search for in the morning, and there were a few hilarious readings of various Whatsapp messages that Collo had sent over the last few months.

It was a cool crew of people gathered, and there were funny and sad moments, and we all had a bunch of dops and cheered Collo, from the pub where everyone knew his name.

He would have loved it.