“Then and now” in the Greater St Francis Region 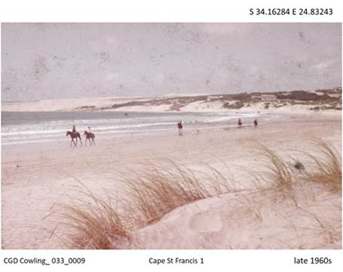 Up until the end of the 1980s St Francis Bay enjoyed a beautiful wide beach even at spring high tides. Note the large area of mobile dunes plunging into the sea along the headland from launching site to the present-day harbour.   At the time of the photo, dune stabilisation was in progress in preparation for the development of Santareme. The hummock dune in the foreground, clothed in an indigenous dune grass (Thinopyrum distichum), is a sign of a healthy beach. 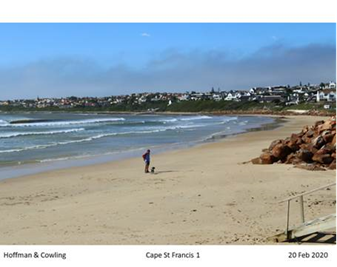 The same scene photographed this year. The beach has now eroded to a narrow strip, passable only at low tide. The hummock dunes, nature’s way of protecting coastal infrastructure, have been replaced by rock revetments. The mobile dunes along the headland have been replaced by houses as far as the eye can see. These dunes used to supply about 80 000 m3 of sand into St Francis Bay each year. Since that sand supply was cut-off, some 8.8 million m3 of sand has been lost from the sea floor of St Francis Bay. The amount of sand that is transported by longshore drift around Cape St Francis (Shark Point) – about 10 000 m3  –  and the amount derived from the remaining bypass dune near the point – also about  10 000 m3  – are inadequate to counter this loss. 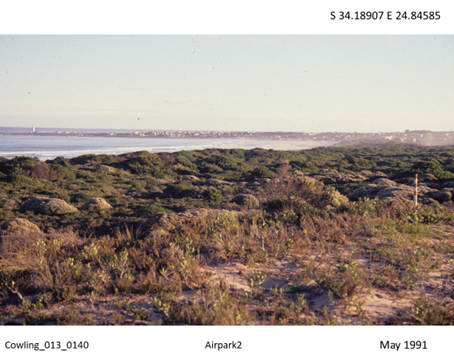 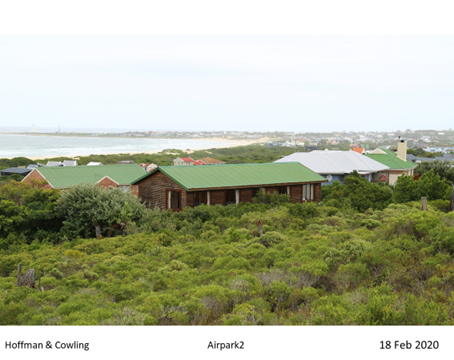