The West Wind Magazine Turns One

The West Wind digital community magazine was introduced about a year ago to cover long-read stories from St Francis Bay and further afield. The reach includes Oyster Bay, JBay, Humansdorp and sometimes other interesting spots in our region.

The magazine was a hit, and it has around 2,000 readers each and every month.

It consists of exciting and relevant long-read topics and reviews, restaurant reviews and interviews with personalities. It also has photo showcases from local photographers, sporting event reviews, upcoming event news and everything that happens in between.

One of the most popular articles was Prof Cowling’s story on the demise of the surfing wave known as 69’s due to the harbour build.  This was in Issue Seven. The actual story can be read here or click on the image to see the full magazine. 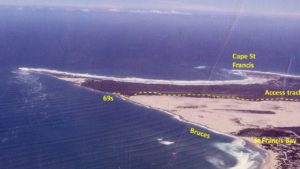 Overview, indicating where 69’s used to be

The most read issue was Issue Six which featured a cover by Christopher Scott.

The most recent issue – Issue Eleven – 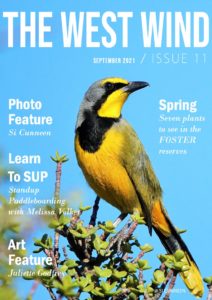 has also been a popular read with more than 2,000 readers. The most-read stories in this issue were Si Cunneen’s photo feature, a review on Robin Auld playing at Nevermind Restaurant, and an art feature by local writer Jacquei Jorgenson on local artist Juliette Godfrey.

The West Wind digital community magazine is monthly. Still, we have missed a few deadlines, and sometimes we consider it more like a semi-regular magazine than a monthly publication. Still, we are currently working on issue 12, and it looks like it will be a bumper issue.

If you’re interested in advertising or contributing in any way, or even if you have an idea for some good content, feel free to reach out to the editor here editor@thewestwind.co.za