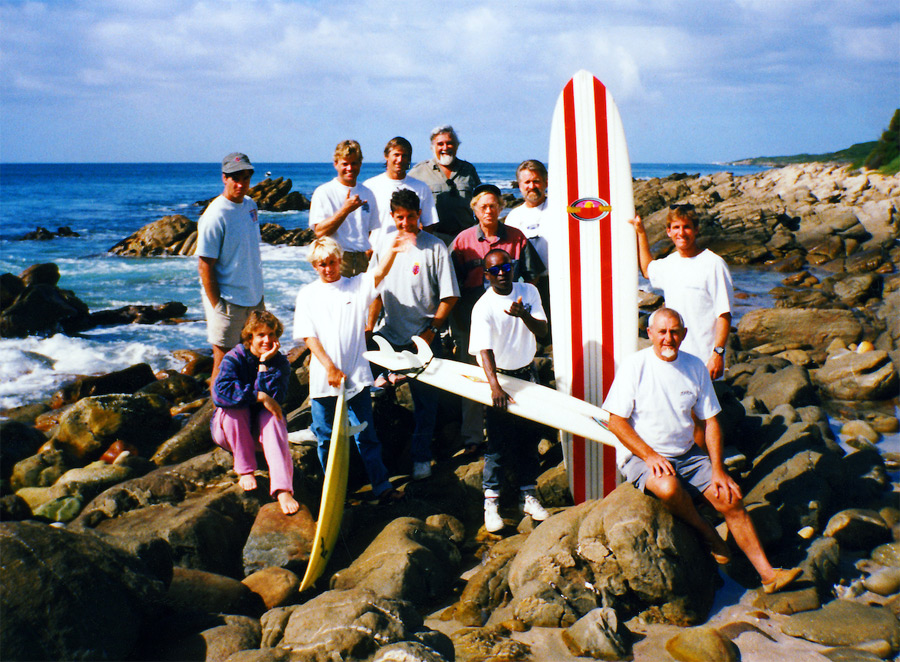 Miles has also conducted extensive research, poring over family albums and scrapbooks, as well as visited national libraries and archives. All this in a quest to tell the incredible life story of one of South African surfing’s founding fathers, John ‘The Oom’ Whitmore (1929-2001), who also brought Hobie Catting and bodyboarding to the country in the 1970s.

Writing now almost complete, Miles has launched a crowdfunding campaign to get the book published. “John’s life is a cracking tale of surf discovery, entrepreneurial success and athletic achievement,” Miles says. “The goal has always been to create an entertaining read while preserving a classic slice of South African sporting history. Hopefully, with our crowdfunding campaign, we can now make that a reality.”

But it was a chance encounter in 1960 with a travelling American surfer, Dick Metz, that originally put John in contact with the epicentre of Californian surf culture. Metz convinced his close friend, Bruce Brown, to visit South Africa and – directed there by Whitmore – he discovered ‘the perfect wave’ at ‘Bruce’s Beauties’ in Cape St. Francis, an epochal moment in surf history that was captured in the global smash hit movie, ‘The Endless Summer’. 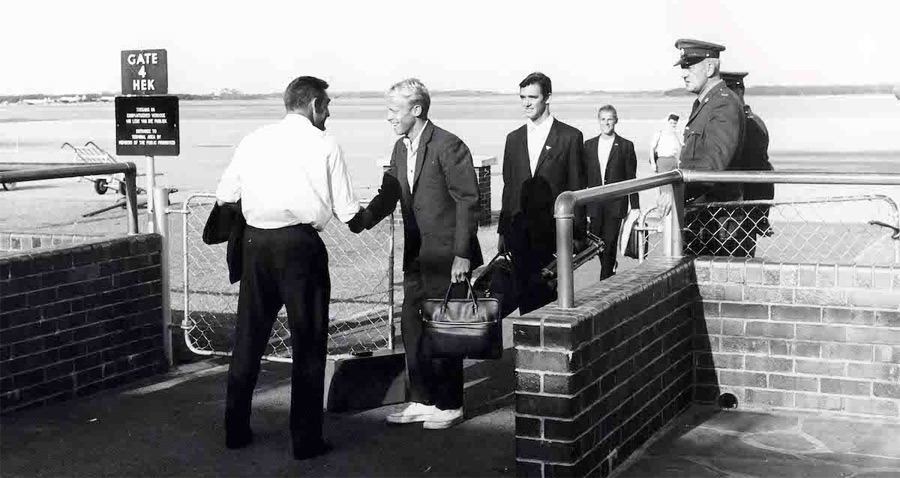 John meeting American filmmaker of ‘The Endless Summer’ fame, Bruce Brown, along with 60s US surf stars Robert August and Mike Hynson, in Cape Town in 1963. John steered Brown towards Cape St Francis, where he stumbled on the surf spot now known as ‘Bruce’s Beauties’, a discovery that made ‘The Endless Summer’ a worldwide box office hit. Image: Robert Price / Whitmore Family Collection.

The John Whitmore Book Project documents these and many other untold stories in an engrossing narrative. With the manuscript now mostly complete, the team behind the project is embarking on a fundraising campaign via South African crowdfunding platform Thundafund. The goal? To publish Whitmore’s biography in early 2021.

The crowdfunding campaign offers several premium products for backers, from limited run soft- and hardcover books including never-seen-before photographs, one-of-a-kind stickers and t-shirts, to two exclusive premier reward tiers, ‘The Oom’ Signature Series and ‘The Doyen’ Custom Collection, the latter tiers available to a total of only 60 backers.

Supporters of these premier tiers will have their names published in the book, and will also receive limited edition Whitmore prints and a map of SA marking the key locations of John’s life. ‘The Doyen’ Custom Collection will also come with the book in a wooden box, feature a roll-up wall map and an exclusive collector’s item: a model replica of 1960s Whitmore longboard.

Says Miles, “We hope that the surfing and Hobie Catting communities will rally behind our effort and play a part in chronicling and preserving The Oom’s considerable legacy for future generations.”