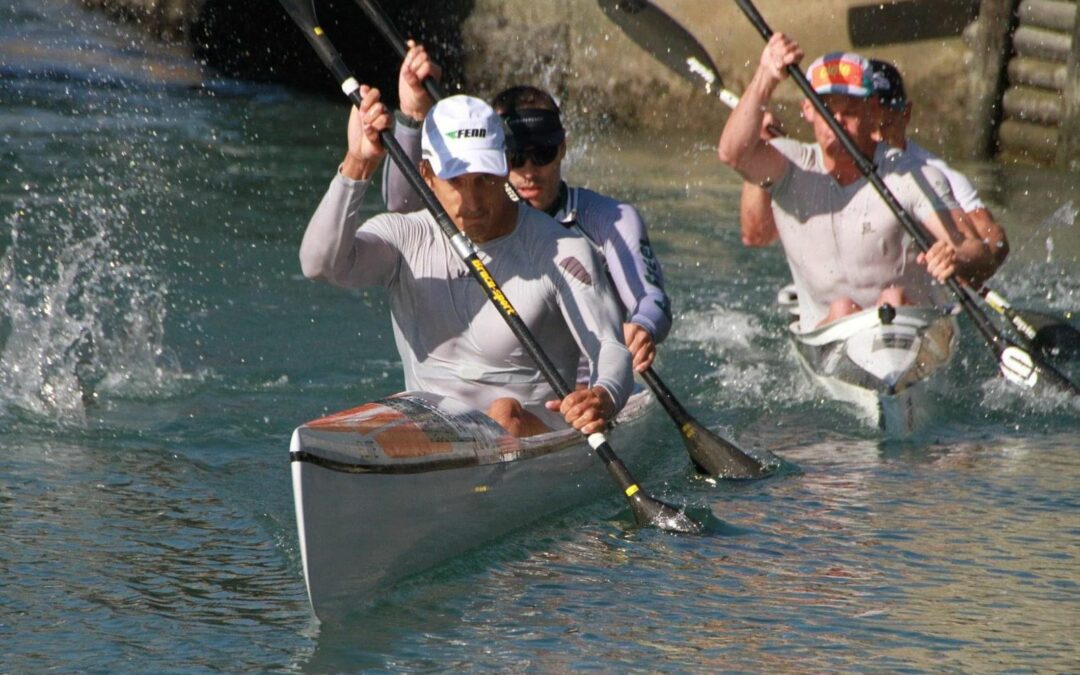 But to give you an idea of the strength of the field, very talented paddlers Barry Lewin and Steve Woods, both household names in the paddling world, came 4th!

Second behind the winners were strong young Thomas Lovemore and evergreen local Andrew Carter, only a meter behind the winners. However Phil and Ricky were well in control for the whole race, particularly the last few km. 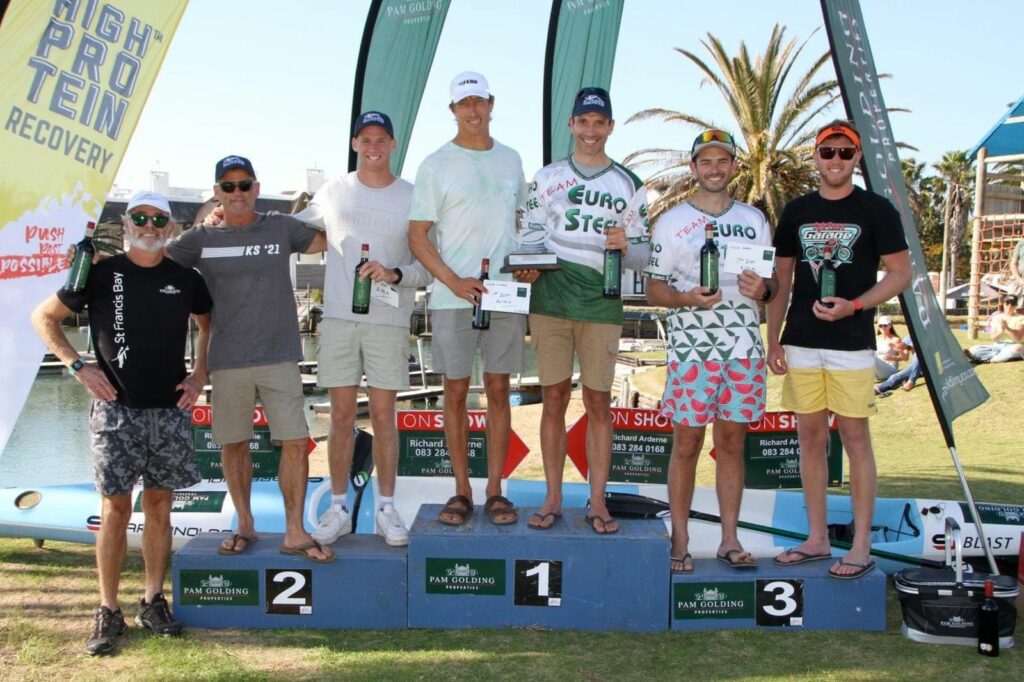 The first three doubles in the 20km race

Ten minutes behind the first four were the next four in a bunch, and predictably old campaigner Rob Welsh (a previous winner), with strong Werner Smit, took 5th place, with Garth Elliott & Marcus Burri, Pete King & Shaun Frayne and Gordon Spalding & Richard Arderne (first over 60’s!) a few seconds behind.

Not far behind them were top local Stephan Vorster with local vet Frank Dabrowski and the first ladies, Tracey van der Walt and evergreen Kirstin Scott.

And in 1hr 49min, the first mixed double, Fabian Smith and experienced Kerry Louw, with an U23 pairing, Johann Staats & Tim du Preez and over 60’s, Gavin Harvey and Dave Collins, and then two local U16’s Kamva Nkosinkulu & Berven Titus.

There was also a 10km race and a guppy race.

Besides the great weather, the JBay surfing was finished, and the local surf was small .. so paddling the race on the canals was the only option! 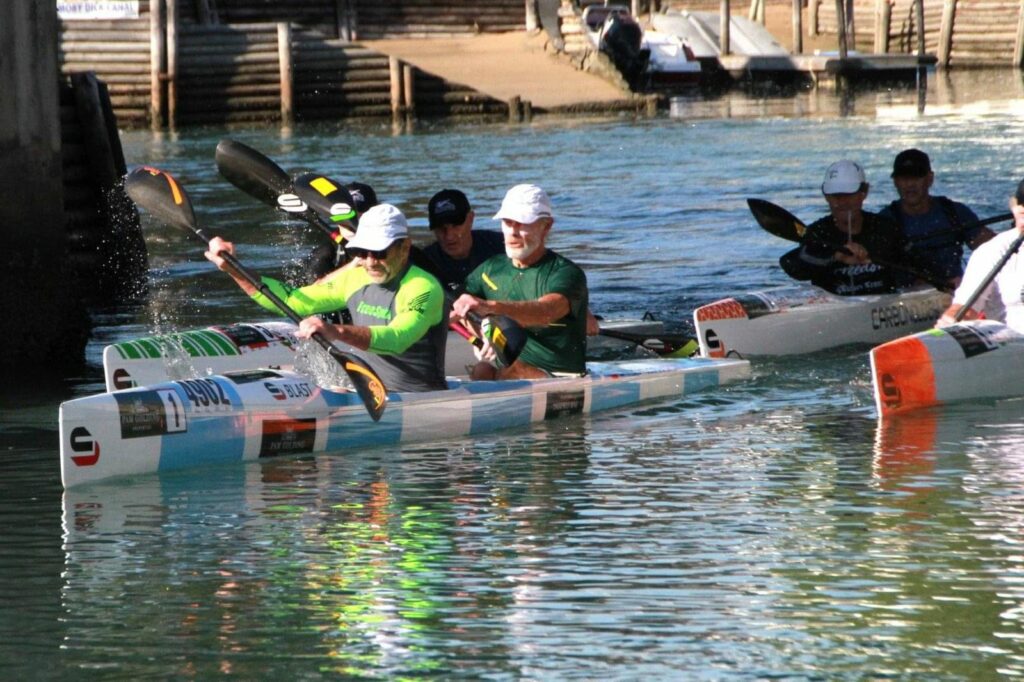 And we had Clyde Barendse chat to us at the prize-giving … he has paddled from Namibia to St Francis on his way to Mocambique, raising money for a friend with cancer, but had his vehicle burn out on Saturday night with his surfski and all his (uninsured) possessions. We are hoping to assist Clyde continue his trip.

Here are a few things about Sunday’s race:

* Prizes are only for doubles but singles are always very welcome!

* The start and finish is at Quays on the Canals.

* The route is the usual time trial route. Two laps for 10km and four for 20km.

* Huge thanks to Carbonology for once again (as they have done for so many years) provided a lucky draw Carbonology carbon split paddle, valued at R3500.

* And thanks to Woodlands Diary for once again providing their wonderful choc milks!