There is a powerful swell heading for JBay, and the contest organisers of the JBU Supertrial Powered By Monster Energy are ready to go with their event. The huge storm heading for Cape Town mid-week will transform into big storm surf in JBay later in the week, and will result in challenging conditions for the competition.

There are two possible days that the tournament could run, and invited surfers from out of town are already heading down to JBay to start preparing for what is going to be an interesting day of surfing.

“The Cape is in for one of the fiercest storms in a decade as a 985mb low pressure cell slams into Cape Town on Wednesday, spreading east rapidly in the form of a gale force northwesterly followed by westerly,” said JBU Supertrial official wave forecaster Spike from www.wavescape.co.za. “JBay will be blasted by devil winds on Wednesday, followed by strong west winds on Thursday when a huge storm swell arrives. Some big sets should be bending into Supertubes, but winds are fierce.”

According to Spike, it looks like Friday has a small window for the contest to run as well.

“By Friday, the swell has gone southerly and is a solid six to eight-foot at Supertubes perhaps bigger at first, easing gradually,” continued Spike. “Epic conditions are probable for the early hours of daylight, with a light onshore starting to ruffle the surf by late morning.”

Contest organiser Koffie Jacobs has been closely monitoring the swell charts, and concurs with Spike. “There is a lot of weather coming our way, and plenty of surf along with it,” said Jacobs. ” We are looking for the best window of opportunity on either Thursday or Friday, as both days have potential.”

Out of the 12 selected surfers for this invite-only event, there are three local guys who are very excited about the upcoming event. Matt McGillivray is a natural-footed surfer who calls Supertubes his home break.

“I’m super grateful to have been included in the JBU Supertrial again this year,” said McGillivray. “I’m really excited for it and am crossing my fingers for a good sized swell to come through. It’s an incredible opportunity to be able to surf a heat with just four guys out, at one of the best waves in the country.” 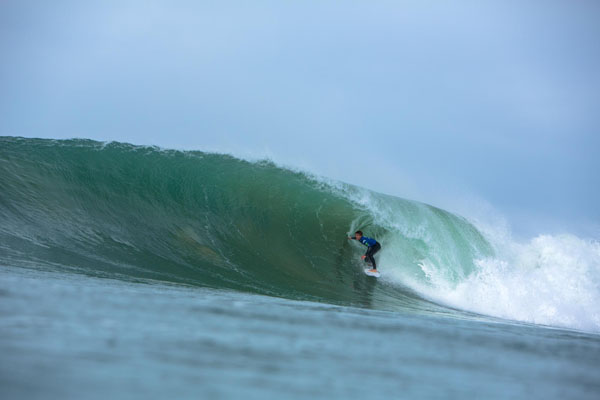 Former event champion Dylan Lightfoot is another local surfer who is ready to meet this swell head-on.

“The JBU Supertrial is my favourite competition of the year, and every surf I have at Supers is geared towards preparing myself for it,” said Dylan. “My boards are feeling good and I am feeling confident for the event! There is a great swell this week that is looking promising.” 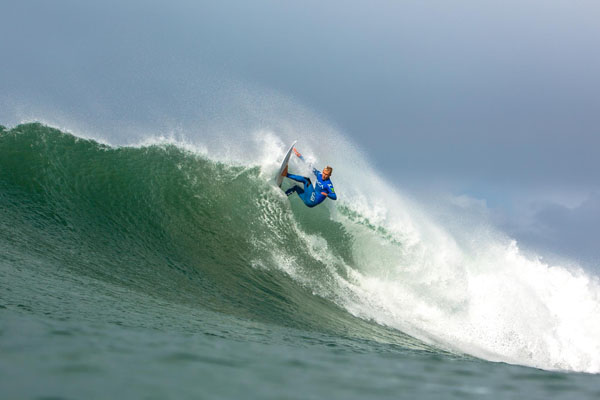 The defending champion, local goofy-footer (right-foot forward) Steve Sawyer is also very happy about the upcoming swell and subsequent running of the competition.

”I’m excited for the 2017 JBU Supertrial,” said Sawyer. “I’ve waited a whole year for it. To be honest, last year was an unexpected and super pleasant surprise. I have no expectations for this year except for the awesome waves that are coming.”

So all eyes will be on the famous right-hand point-break of Supertubes for the next few days, as JBay prepares for another classic day of surfing in this prestigious tournament. First prize in the JBU Supertrial consists of a wild card into the Corona Open JBay and valuable competitive experience surfing against the likes of 11 times world champion Kelly Slater (USA), three times world champion and defending champion Mick Fanning (AUS), current world champion John John Florence (HAW), former world champions Gabriel Medina and Adriano De Souza (BRA) as well as South African surfing legend and two times event champion Jordy Smith. There is also a minimum prize purse of US$10k (R127k)

SSA is a member of the South African Sports Confederation and Olympic Committee (SASCOC) and the International Surfing Association (ISA).
The JBU Supertrial also is sanctioned by the World Surf League (WSL)
About the World Surf League
The World Surf League (WSL), formerly the Association of Surfing Professionals (ASP), is dedicated to celebrating the world’s best surfing on the world’s best waves through a variety of best-in-class audience platforms. The League, headquartered in Santa Monica, is a truly global sport with regional offices in Australasia, Africa, North America, South America, Hawaii, Japan and Europe.