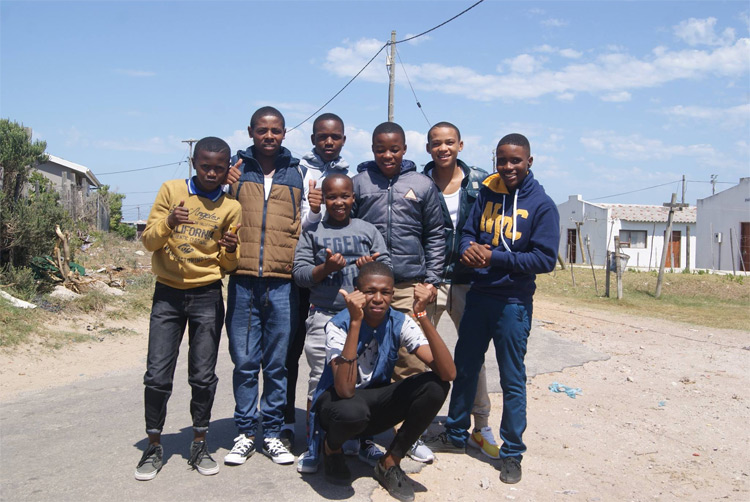 At the invitation of the Yangcheng Municipal People’s Government, Jincheng city northern China, the Solid Rock Steel & Marimba Band will leave South Africa on 25th January to fly to Jincheng to participate in that city’s annual Chinese New Year festivities.

“This opportunity came about after a Chinese delegation, who were visiting the Sarah Baartman Municipal District, attended one of our shows at the Cape St Francis Resort,” said band leader Dean Kalo. “We often do shows for groups of tourists at the Resort and we always get a good response. But this invitation came as such a wonderful surprise! We have never been on a plane and most of the boys have never travelled beyond the Eastern Cape!”

The trip will include a 20 day stay in Jincheng with the band playing each morning in the grounds of the Prime Minister’s castle and then enjoying various cultural experiences and shows in and around Jincheng. The boys aged between 14 and 17 will travel with their band leader and teacher, Dean Kalo and other delegates from the Sarah Baartman Municipality who are sponsoring the band’s trip abroad.

Lesley Moore who founded the band in 2001 at the Talhado Children’s Haven is brimming with pride. “We have had our work cut out for us getting the boys equipped for this trip with passports, vaccinations and everything that goes into planning an overseas trip for the group and their equipment. The Sarah Baartman Municipality have been wonderful in assisting us and we are certain once the boys arrive in China, the Chinese people will receive them with open arms and make sure they are very well looked after. This is an opportunity of a lifetime for these youngsters.”

How Can You Help?

The band is often asked to play at weddings and other functions, and are regulars at the Cape St Francis Resort and St Francis morning markets. The biggest hurdle they face in fulfilling their engagements is transportation. The Haven are looking for a good Samaritan or Samaritans who would like to take on the responsibility of collecting and returning the boys and their equipment trailer from Sea Vista. If you can help call Lesley Moore on 0825561050

Article and Photograph by Lynn Aitken