Fun and Festivity at the St Francis Bay Bridge Club

Cheerful colours and innovative décor marked the end of year festivities with the Annual General Meeting, Christmas competition followed by lunch, being enjoyed by members of the St Francis Bay Bridge Club at The Links on Friday, 8 December 2017.

Geoff Ellis with Jeff Clause at Bridge Club Christmas lunch at the Links.

Geoff Ellis, Club Chairman, once again thanked Jeff Clause and the Links staff for their excellent service and commented that the Bridge Club would be a shadow of itself without the facilities of the Links and their staff.

A minute’s silence was held at the start of the Annual General Meeting proceedings for the late Dinks Liebenberg who had recently passed away at the age of 95. She had founded the bridge club and ran it for 21 years also organizing an annual bridge tournament as a fundraiser for the NSRI. 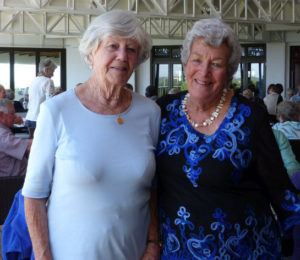 Awards for the various club bridge competitions were presented: Monday Club Points went to Guy Wilson with Theonie Kirton being the runner up. The winner of Friday’s competitions was Shirley Nicholls and the runner up Una Moolman. The Club Teams award this year went to Stan Horwell, Andries Strydom, Una Moolman and Jill Browning all from Jeffreys Bay.

Wendy Mackenzie presented the “Fellowship Trophy” to Jane Fitchet. This is a special and coveted award in the form of an exquisitely handcrafted wooden pepper grinder made and donated by Don Mackenzie. It was awarded to Jane for being the most improved player and who also took on the task of treasurer which she has handled with consummate skill. 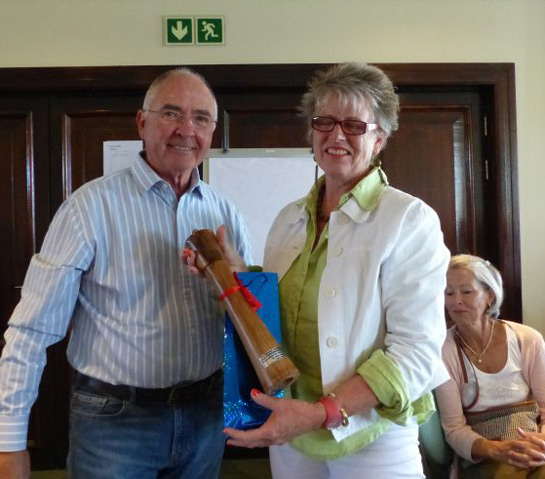 The well-supported and keenly contested Christmas Tournament followed with two sections competing for honours. N/S winners of the Red Section were Geoff and Elileen Ellis and E/W winners were Guy Wilson and Lynn Obray.

Winners of the N/S Green Section were Robyn Myburgh and Mary Rose Chandler and E/W winners were Darryl Hendricks and John Boonzaier. 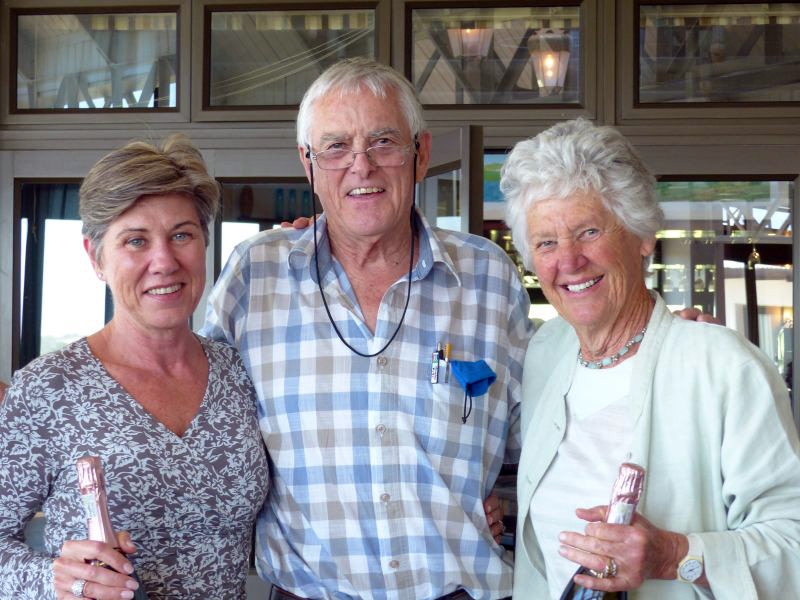 Two of the eight winners of the Christmas Competition Robyn Myburgh (left) and Mary-Rose Chandler with Geoff Ellis.