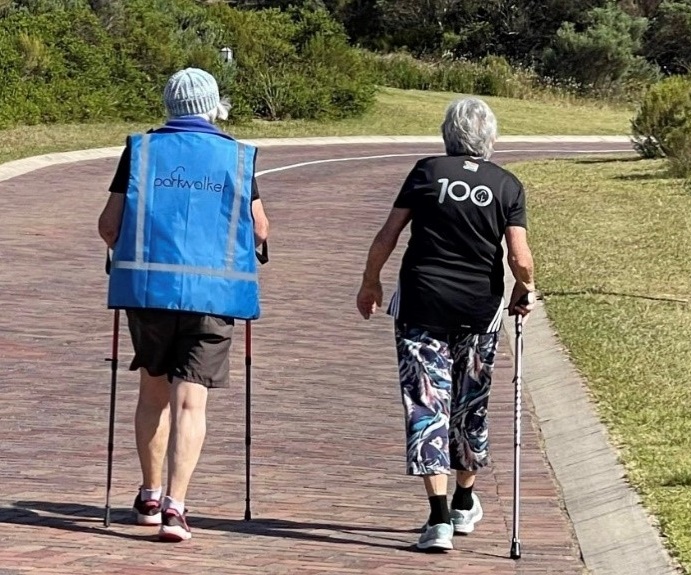 At St Francis Bay we have a vibrant parkrun community. Not only do we receive numerous parkrun visitors to our beautiful seaside town, but we also have a local running club, St Francis Runners, that is packed full of enthusiastic participants who simply LOVE parkrun. And then we have Jean and June. . . 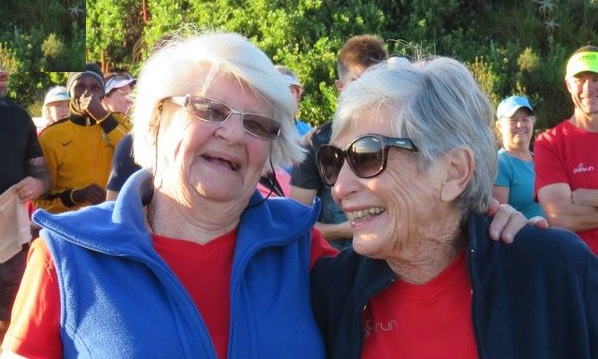 Jean and June are parkrun buddies; they walk the course as often as they can, weather and health permitting. They smile a lot, laugh a lot and are a fount of knowledge and memories. They have a combined age of 181 and, between them, have walked 327 parkruns, all at St Francis.

Jean Stanley and her husband built a holiday home at Cape St Francis in 1971. They brought their four children for annual holidays and for a break from their lives in Durban, where both parents were teachers. Today, Jean is 93 and lives in the very same house, along with her daughter Lois. Jean believes in a clean and healthy life; she exercises every morning after rising and walks a couple of kilometres every afternoon.

Jean registered as a parkrunner in 2014 and has completed 171 parkruns (855 km) so far. She loves the chance to catch up with friends on a Saturday morning, and is always happy to see her parkrun buddy, June, at the start of an event. June Jackson also completed her first parkrun in 2014 and the two ladies accompany one another whenever possible. June has an impressive 156 parkruns (780 km) under her belt and is soon to turn 89.

June moved from Johannesburg to St Francis Bay around eight years ago, becoming a permanent resident in the village. She met Jean at a social function and subsequently the two ladies became walking companions at parkrun. They even co-ordinated things so that they could achieve their 100th milestone walk together, on the 26th of May, 2018.

These two ladies both say they could go faster if they wanted to . . . It’s just that there is so much news to catch up on each Saturday that they focus more on the chatting than the clock. June says, with a sparkle in her eye, “We don’t find the walk arduous, you know; we just talk and listen, talk and listen, and then the end is in sight!” 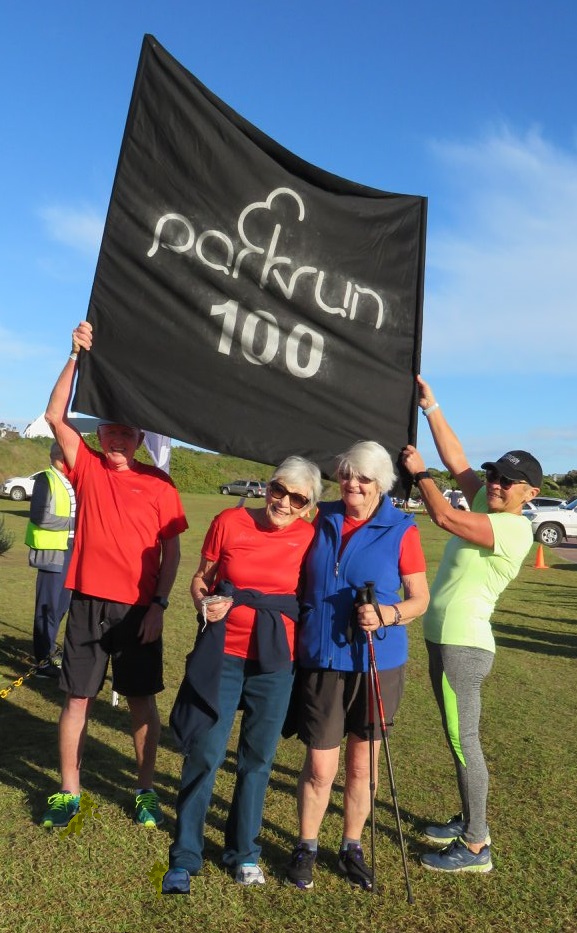 These impressive ladies confirm that, on one occasion, they became so involved in their own conversation that they walked past the same point on the parkrun route twice. They realized they had taken a wrong turn and gone round in a circle. Now they stick near to the back and include the tailwalker in their chats, thereby reducing the risk of getting lost. Well that’s what they say, anyway. . .

Jean attributes some of her current excellent health to the exercise she gets from being a parkwalker with her friend. “I am sure that, had I not done this, I would not be in such good bodily condition,” she emphasises. “Walking strengthens one.” She also believes in sticking to a routine, and enjoying a whiskey each evening. Jean was delighted to be joined on a recent parkrun by all four of her children, two grandchildren with spouses, and two great-grandchildren. 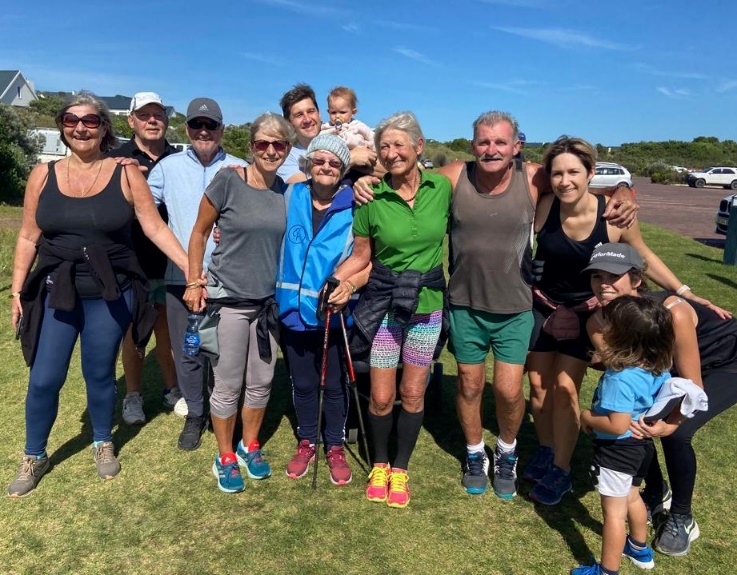 After a gap of four years, Jean was with all four children, Lois, Calda, Lynn and Logan, at parkrun St Francis (29 Oct, 2022). Also present were two grandchildren, Kirsten and Digby, and two great-grandchildren, Hannah and William.

Jean and June both enjoy being outside in the sunshine and fresh air, and are grateful for the opportunity to take part in parkrun. Neither one is planning to stop their weekly 5 km outings. As Jean says, “Thank you, parkrun; I’ll continue as long as I can!”

Jean and June, we salute you! You show us that age is just a number. What an inspiration you are to us at St Francis parkrun, and indeed to many people in our community. We thank you for the grace and style you bring to our weekly parkruns and, as you walk into the future, heading towards your 200th parkruns, we wish you health, strength and happiness.