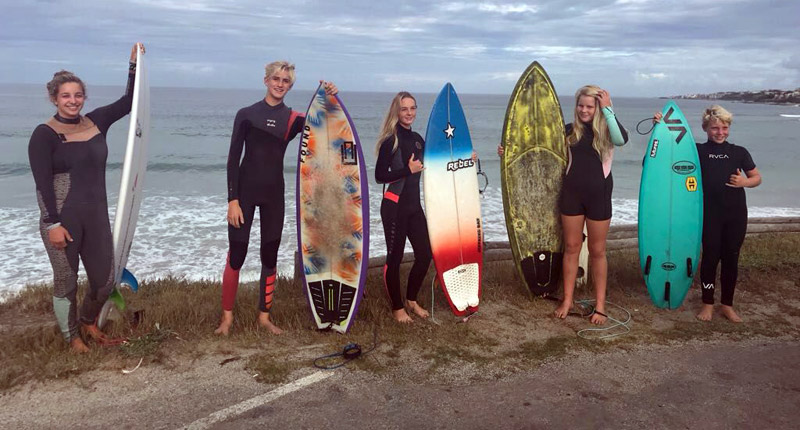 The Nelson Mandela Bay Surfriders team claimed the coveted SSA and Sea Harvest 2018 Grommet Games Surfing Cup Award for the team with the most points in the Surfing Division at this year’s event held at Pollock Beach in Port Elizabeth between the 22nd and 26th March.

This was no mean feat considering the event, which was supported by Sport and Recreation SA, presented and run by Surfing South Africa (SSA) and hosted by Nelson Mandela Bay Surfriders, attracted over 120 surfers representing eight Districts out of three Provinces!

Team Manager, Debbie Atkinson said, “Although we did not have a full team and we still managed to win the surfing shield, which is highly commendable. Our surfers showed the highest calibre of sportsmanship, manners, beach and competition etiquette during what was a very tough week of heat, wind and stress. We are all very proud of their achievement!”

“Seven of our team were included in the total of  21 surfers and officials recognised by SSA for their outstanding performances in the games and inducted into the Sea Harvest Grommet Games Stars group,” said Atkinson. Team coach Jerry van Wyk, was also inducted.

The overall win went to Cape Town Surfriders who claimed the Nelson Mandela Bay Trophy for the seventh year in a row. NMB Surfriders came in a close second having narrowly missed first place by just over 200 points.

The Games featured eight age divisions for girls and boys with the youngest surfers in the contest competing in the Under 8 Division and the oldest taking part in the competitive Under 16 Boys and Girls group.  The NMB Team’s results were as follows :

Atkinson added thanks to the all the sponsors, hosts, service providers and parents who offered so much support and whose combined efforts make such events possible.

The South African Grommet Games was introduced into South African surfing culture after unification in 1991 as part of Surfing’s commitment to transformation and development. The primary objective of the event 26 years ago was to give young surfers from different backgrounds, communities and cultures the opportunity to participate in an event that not only had a competitive element but also focused on fun, camaraderie and social interaction.

Although the Grommet Games is made up of Surfing, a Beach Relay, and Paddle Battle events, the Surfing takes the main focus over the contest. 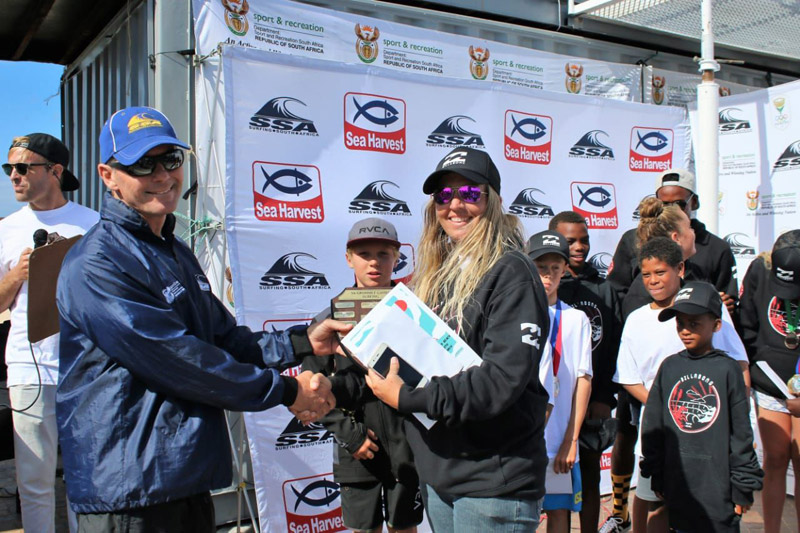 Accepting the SSA and Sea Harvest 2018 Grommet Games Surfing Cup Award for the team with the most points in the Surfing Division from SA President, Johnny Bakker, is team manager Debbie Atkinson