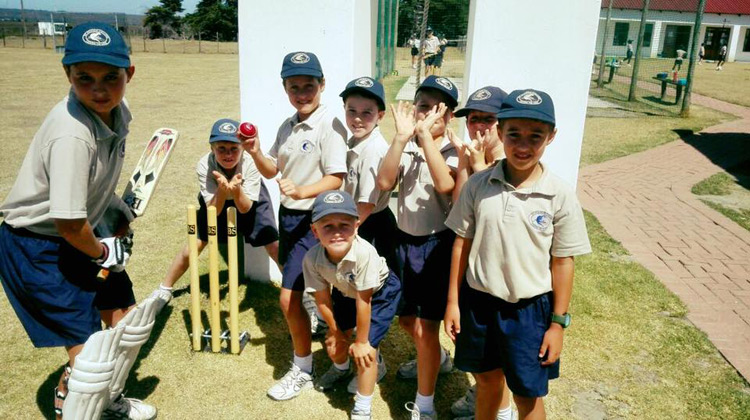 The KCPC Under 13 team play matches on Wednesdays against top schools in the Port Elizabeth region in a league format.  On Thursdays, the Under 11 team play and, for the first time, the Under 9 team will play various Under 9 and 10 teams from Port Elizabeth. The squad which includes representatives from St Francis College, Stulting, Jeffrey’s Bay Primary, Victory Christian School, Pharos, Sea Vista and Gamtoosvallei, practises every Friday in Jeffrey’s Bay.

The KCPC teams are selected from schools in the Kouga region that play their own internal cricket matches on Mondays (Under 13) and Tuesdays (Under 11).

The Grade 2 annual Valentine’s Market on Valentine’s Day raised just over R1000 – a wonderful achievement for these young entrepreneurs!

As part of their entrepreneurial curriculum the children formed groups to plan and market their stall. All items on the stalls were to be hand made by the children and everything had to be priced at R5.00. All the of school pupils were given an opportunity to shop at the stalls where they could choose from popcorn, hand-made cards, beaded bracelets, cupcakes, biscuits, love floats and other lovely hand-made gifts. No assistance from parents was allowed on the day and the groups had to work together to stock their stall and sell the products.

These Grade 2 entrepreneurs will now have great fun deciding what to buy for their classroom with the proceeds.

On Thursday 9th February, all 54 St Francis College senior primary pupils (Grades 4 – 7) attended an overnight camp at Wacky Woods, fifteen kilometres outside Jeffrey’s Bay.  The pupils were divided into seven groups and the fifteen Grade 7 pupils, who arrived the day before, were evenly distributed amongst these groups tasked with providing leadership in the various activities.