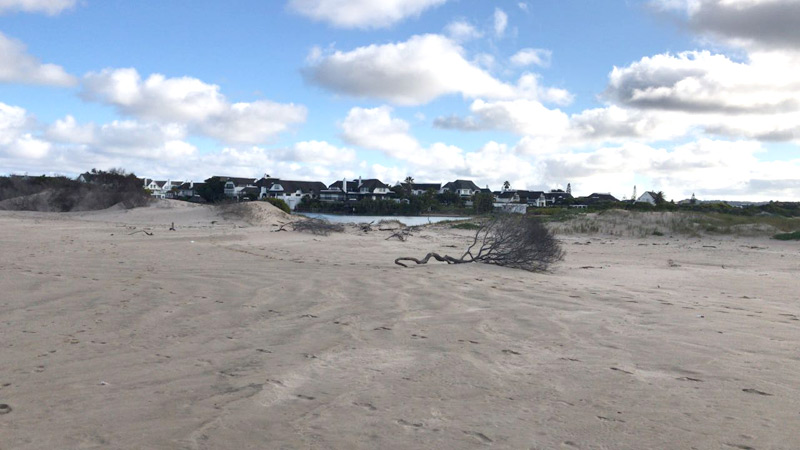 It was bound to happen sooner or later but later would have given more time for DEDEAT to approve urgent shoring up of the Spit. Yesterday’s high tide caused the spit to breach, thankfully closer to the river mouth and not further in which could have been catastrophic.

One would  hope that DEDEAT now gives urgently needed approval for the placement of sand bags in identified critical areas. They, DEDEAT, have delayed the process long enough so it is time that the municipality force their hand and allow work to commence before the upcoming Equinox spring tides arrive next month when a breach could prove disastrous.

Having given the go ahead to start creating a barrier with sand bags some months back DEDEAT suddenly reversed their approval and thus the bags that had been purchased for the purpose were left to gather dust  whilst DEDEAT continue to ponder a decision. DEDEAT is a needed organisation and do a lot of good in protecting the environment but they need to act when things reach a crtitical stage as has the spit.