The South African Legends Rugby recently took on their French counterparts in a friendly game played at the French School to raise funds to support those families who lost loved ones in the recent terrorist attacks in Paris. Played in great spirit the ‘Bok Legends won by a sizeable margin but nobody seems to know what the actual final score was. Such is Legends Rugby that it’s not the score that really counts but the spirit amongst the gentleman who play the hooligan’s game. That said these guys all retain their competitive spirit which means they still play to win.

The occasion had all the pomp and ceremony of a full blown test match with both the French and the South African National Anthems sung before the action. 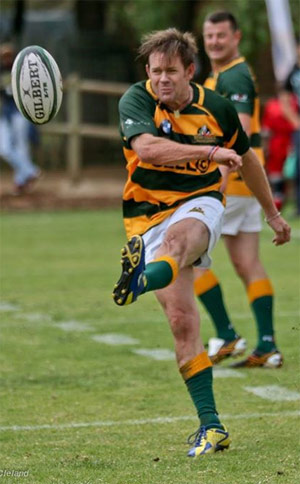 Our esteemed SFBRA chairman’s  son, Johnathan Aitken, a past Sevens Springbok, was in the Bok Legends lineup and at the ‘tender age’ of 47, was crowned Man of the Match, scoring three tries to seal the ‘Boks win over Le Bleu. The Bok Legends were coached by past Springbok coach Ian ‘Mac’ McIntosh, with Ray Mordt no doubt assisting with backline tactics. Not too much information was available on the French lineup sadly.

Xola Ntshinga, well known SuperSport presenter was the MC for the occasion.

The event raised UKP 10000.00 which Stefan Terbanche handed over to the French representatives at the game.

Some great photos from the  game courtesy Johnathan Aitken 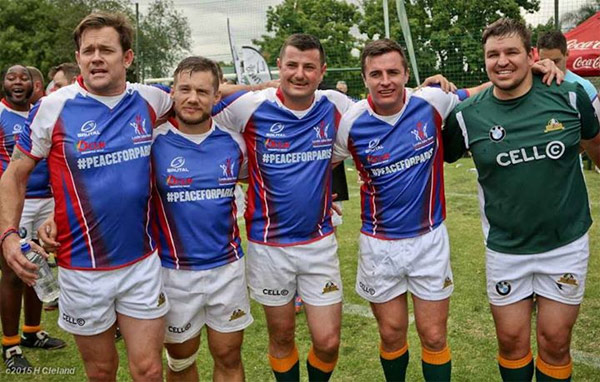 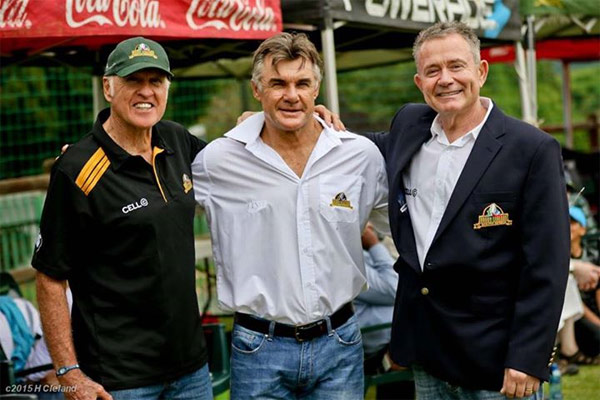 Mac doing what he does best 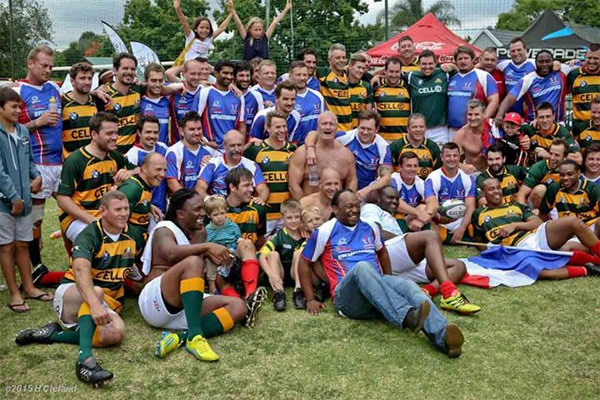 It’s all about the love of the game 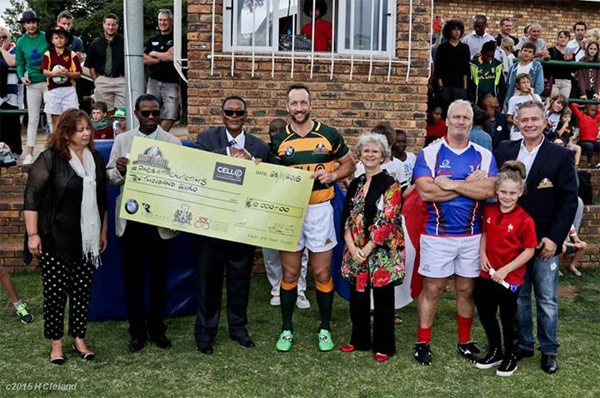 And on the subject of Bok Legends, a true legend who proudly wore the Springbok celebrated his 80th birthday, one Frik du Preez. Seems like it was only yesterday that he was running his bullocking run down the touchline, ball in his left hand taking off from a line out and scoring in the left corner.