A Scrooge in Cape St Francis?

A Scrooge in Cape St Francis – surely not ??? 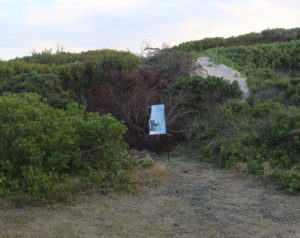 Hopefully it was an unthinking oversight but the way thorny brush has been piled to block the pathway to the beach on de Jonge Thomas Road in Cape St Francis does sadly appear intentional.

A week or so back we ran an article of David (Nevil Hulett) slaying Goliath (group of Gauteng based property owners). Close to a hundred readers posted comments of support for Nevil and his Quaysyde restaurant and quite rightly so for he had defeated those who seemingly feel the have the right to decide on what is best for the St Francis community aand he beat them in no better place than Supreme Court of Appeals in Bloemfontein.

Whilst one can be pretty sure this matter won’t end up in court,, the fact that access across a piece of undeveloped sand dune that disturbs no one has been stopped is really no different than trying to stop Quaysyde giving pleasure to so many.

The pathway certainly wasn’t an eyesore and wasn’t causing any ecological damage to the dunes or vegetation. That has now changed for the the thorn brush is unsightly and debatable whether it is indigenous. Hopefully the thorns will rot in time for at the moment they do pose a danger to young kids and animals should they inadvertently stand on one.

The owner has placed a sign board at the upper entry highlighting the layout of the plot (347) and careful inspection illustrates that he / she has in fact placed the thorn bushes outside the property boundary. Certainly the pathway pedestrians would follow (indicated in yellow and green dots on the map below) shows that pedestrian traffic does cross the owners land but it is a steep sand dune and no doubt have to be flattened if and when the owner builds on the land. The yellow line extended on the map shows it would be possible to miss the plot altogether if a house is eventually built on the plot making it quite unnecessary to close the patway. If that hallowed stretch is so important to the qwner then may they should apply to have a fence erected around the land / beach…

It would be very interesting to see what sort of home could be built on the plot without causing major eco damage and it certainly needs the community to be vigilant (and bea little scrooge-like back to the owner) as to what plans are one day registered with the building inspector for one would imagine will need  more than just the inspectors blessing owing to the sensitivity of the dunes.

Christmas is a time of goodwill and the owners act of blocking access to the beach by those who live and will be holidaying in de Jonge Thomas road really do not need this Scrooge-like attitude for it is nothing more than greed and an attitude of “I will because I can”. 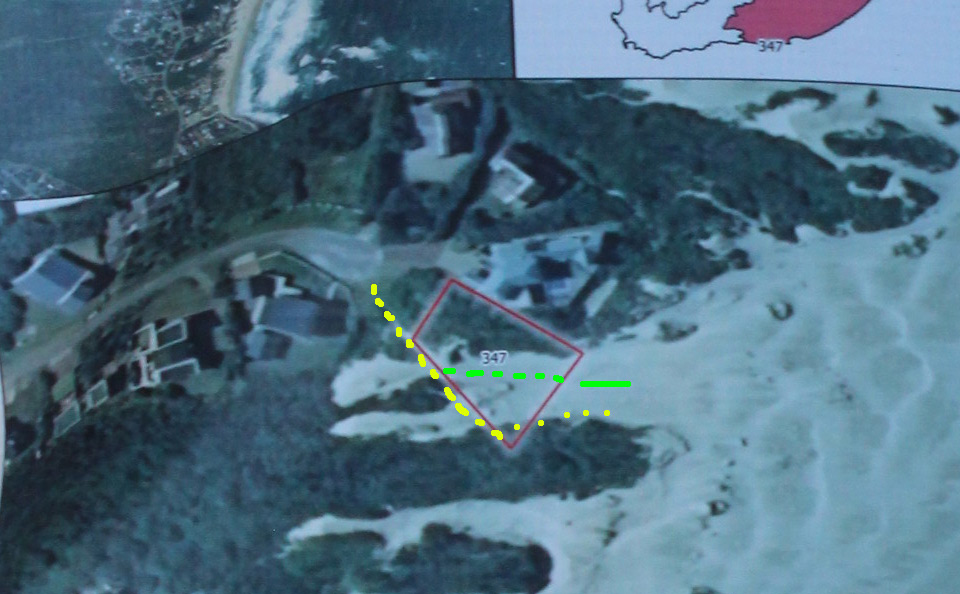 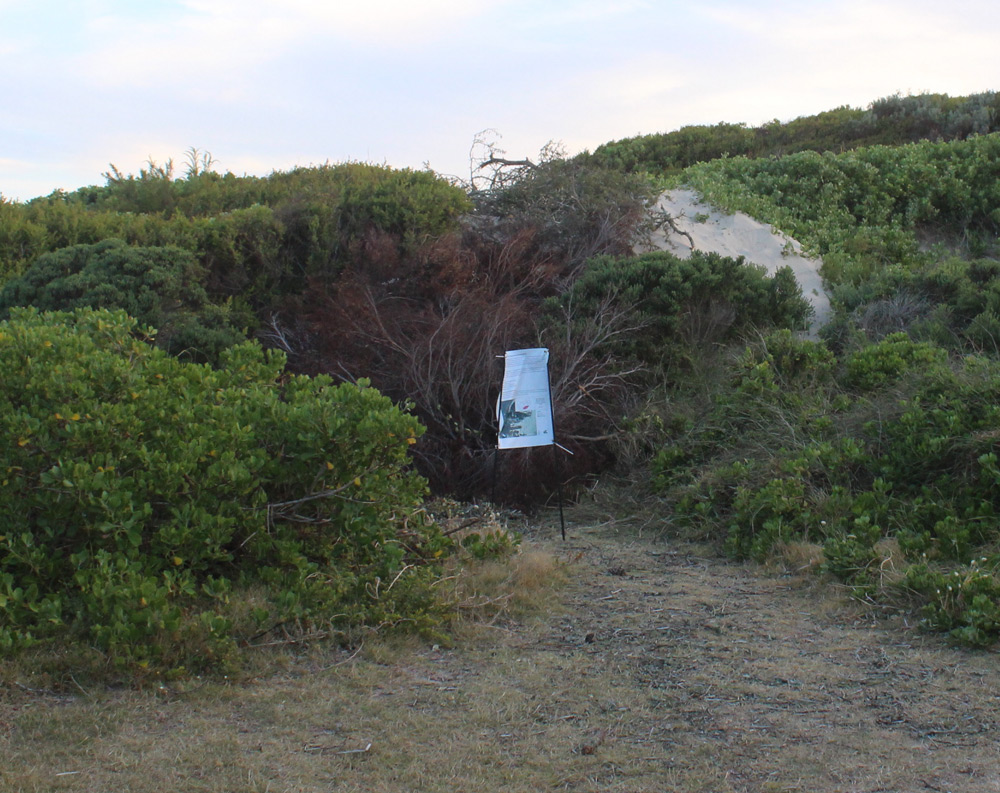