How long does it take to build a simple three cell box culvert over the Sand River? Well if you employ EMPA as contractors and BVI as consulting engineers, it appears one inordinate amount of time. 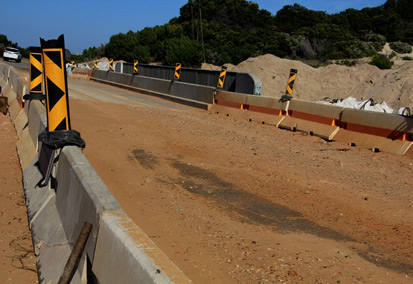 Unmaintained approaches to the bridge.

We are now into May 2018 and there is no end in sight for the inconvenience these firms are putting the St Francis public through. They appear to have little consideration for the travelling public. The temporary approaches to the structure are very seldom maintained and are in appalling condition. I would hate to see what would happen if we had decent rain.

It was very interesting to see that the base to the culvert was only completed last week and the one wing wall is still not complete. Then they have had the problem with the finished level of the top of the culvert (who messed up? The contractor or the consulting engineer?). This was not a minor problem, it looks like someone messed up the level by around 300mm necessitating a topping being put on the deck and the vehicle barrier having to be raised.

The site is generally a mess, housekeeping does not appear to be high on their priority list. It is hoped that they will remove all the

thousands of sugar bags that have been filled with gusto. (This has been the most noticeable activity on site) One does not want to see these washed into the Kromme when then Sand River does again eventually flow.

It would be great if someone showed some urgency in getting the project completed, but no, long weekends are regularly taken and the completion date gets put out further and further.

Please, let’s see some action and get this thing finished. Unfortunately, you have not endeared yourselves to the St Francis residents and your departure after the ultimate completion will be welcomed. 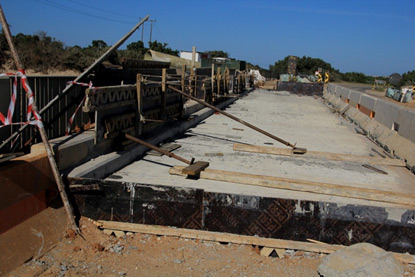 Correcting the levels on the deck 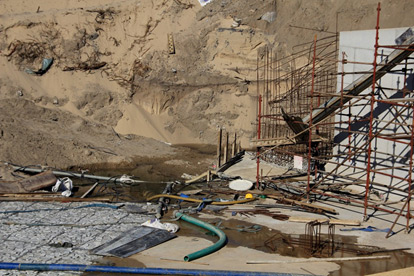