Running the gauntlet in a St Francis 50 #3

Continuing on from Part Three…..  . If we didn’t go now, we’d probably miss the Boat Show. So we left in a hurry trying to duck in underneath the advancing Nicole. 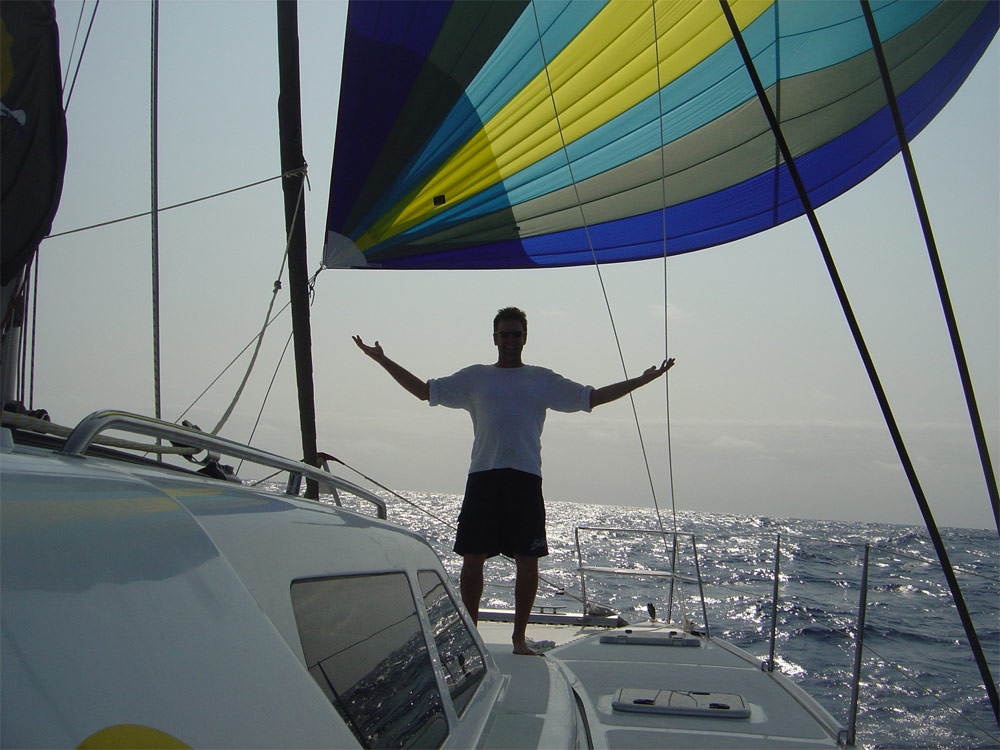 The first few days out of the Bahamas we tried to go as quickly as possible. We had a short 2.5m beam sea and the wind was gusting between 13 and 25 knots. The gennaker wasn’t really an option so we motor sailed averaging just under 10 knots for 48 hours. But the remnants of Nicole were travelling quicker and 300 miles south of Cape Hatteras things started getting interesting. Please note that I use the word remnants because that is what it was. The storm was dissipating when it came over the top of us but it still wasn’t pretty. We had furled the jib away to about 4 square meters. The wind now on the starboard quarter was regularly hitting 40 knots. The sea was big, (about 6m I would guess) and confused. Every now and then a nasty one would feather then smash into the starboard hull causing the boat to twitch a bit. We’d received our last forecast and I knew that the next 24 hours were going to be tough.

The following morning, the wind rose above 40 knots and stayed there. I felt a little knot of fear start building inside. I let it come, recognized it for what it was, but remained calm. Calling on logic I started ticking mental boxes. The boat was handling beautifully. We’d taken a few waves but not a leak anywhere. Nothing was broken. All systems were functioning. We were doing 9-10 knots and surfs were under control. The rig was rock solid and the boat didn’t feel over powered. The crew was much quieter than usual, but calm and ready. Our course was okay and it looked like we’d be able to round Cape Hatteras by nightfall. Feeling better I glance behind at the approaching squall. We register 53.7 knots of wind. (100km/hr) The familiar knot returns just as Kat appears with a ham cheese and tomato sandwich. The “Kazakhstan speed Queen” is a cool customer, if there was any fear there, it didn’t show. I tuck into the sandwich and the knot is gone………….it must have just been a hunger pang!

We had wisely stayed quite far offshore after leaving the Bahamas, so were able to head north and keep the wind on the starboard quarter during the entire storm. The decision to stay offshore, made rounding Cape Hatteras a lot less difficult than it might have been. We approached late that afternoon, Karl at the helm and myself navigating, I understood that when we rounded and started heading towards the Chesapeake, we would be in very shallow water and had concerns of breaking waves.

Looking at the graveyard of wrecks on the chart I decided to keep “pinching” until we were about 15miles past the point. (By “pinching”, I mean trying to come up a bit higher but not too high as to take the massive sea directly on the beam.) We could then turn in about 35m of water as against 20. I’ll never forget that look on Karls’ face as he kept pinching higher helping us to get to that deeper water. Completely focused and absolutely resolute in doing what needed to be done he was operating on a different level…………a level that only comes with experience. He’d been rock solid as a 1st Mate the whole trip and never missed a beat. That wasn’t about to change, we were nearly home and dry.

The Gulf Stream also helped and just before nightfall I was happy that we’d gone far enough passed and made the call to come to port. Now the wind was directly astern and the seas still large. It was still blowing 40 knots plus and very dark. You would hear the big waves before you saw their frothing crests loom high above the stern light. Next thing we’d be screaming down the face, watching our boat speed rocket. Each time Penelope came out beautifully. Our top surf with Deon on the helm was 25.7 knots!

Rapidly approaching the Chesapeake with the storm showing little sign of abating, we furled away The “G string” and continued to hit 17knot surfs under bare poles. In the small hours of the morning the wind suddenly dropped. The storm had passed and within an hour we had 20 knots on the nose.

We arrived in at Norfolk Virginia in the early hours of the morning. U.S customs were friendly and efficient arriving onboard within half an hour of my phone call.

All checked in we were too amped to sleep and after a clean-up, we headed down town. Back in South Africa, Duncan having not slept much either was relieved that all was well. He generously suggested that I take the crew out for a well-deserved meal on him. Kat and Deon enjoying some husband and wife time arranged to meet Karl and myself for dinner a bit later. It felt surreal walking around town. At sunset Karl and I stumbled across a reggae band playing music in a park adjacent to the Marina. Their name…………..”Destination” We had a good chuckle, kicked off our shoes and got into it. The unfamiliar feeling of grass between my toes felt very good indeed.

A few days later we arrived in Annapolis where we set to work detailing the boat before the show. Soon all the stainless on deck had been polished and after a detailed wash down, the exterior was looking like a brand new boat again. The interior had been extremely well protected for the trip. We removed floor runners exposing gleaming teak floorboards, took the protection off the corian tops and settee covers off the leather. Windows were windexed, stainless steel sinks buffed and all the paraphernalia from the crossing stowed.

I had got to know the St Francis 50 intimately on the way across and had been very impressed with how little had gone wrong and how magnificently it had handled.

Looking over the vessel one last time as the show as about to open, I fully appreciated was a fantastic, proudly South African product this was.

And today, over a decade later, the spirit lives on. Of course there have been many upgrades since my tenure at St Francis Marine …. all for the better! I have no doubt Duncan will be very happy that the flag is still flying strong and that his legacy lives on in every boat that rolls off the production line. 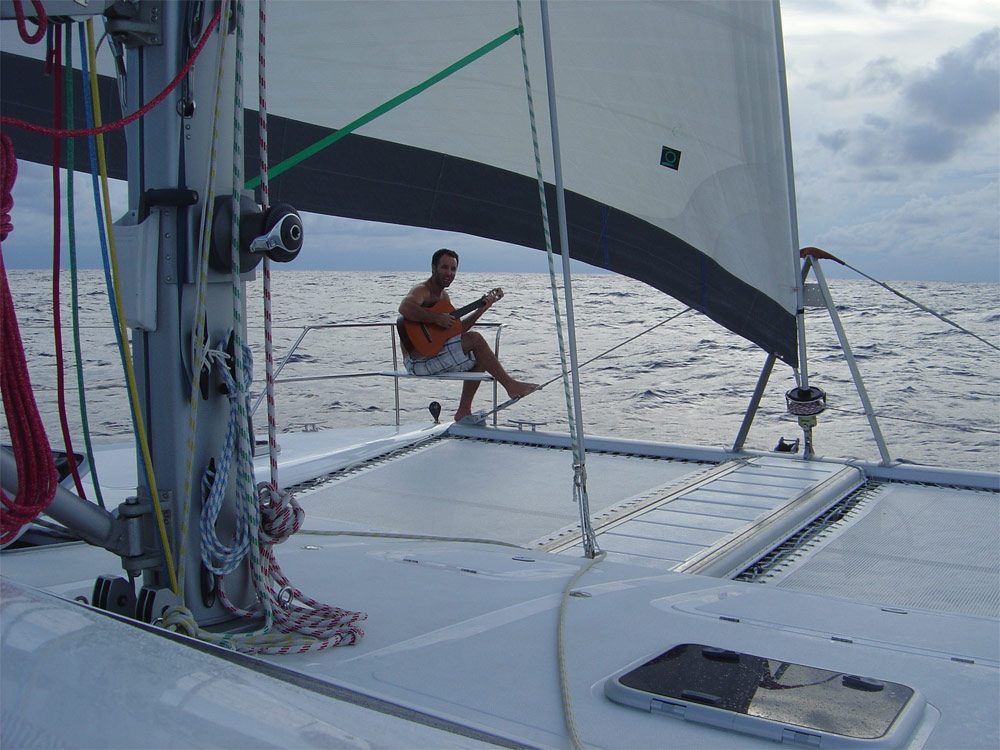