Thirty-five families from Humansdorp received the biggest Christmas presents of their lives today when the first RDP houses of the Kruisfontein 391 project were handed over.

Kouga Mayor Elza van Lingen said it was a joyful day for Kruisfontein. “No houses have been built in Kouga for the past 11 years and residents have been waiting patiently for this project to get going since it was approved in 2009. It is a big day for Humansdorp and our region as a whole,” she said. “It is heartening that local and provincial government were able to work together for the community and to ensure a new beginning for these beneficiaries.”

MEC Helen Sauls-August and the East Cape Department of Human Settlements were also in attendance as hundreds of residents gathered at Kruisfontein for the hand-over. Ribbons were cut at three houses while the remaining 32 beneficiaries were introduced to the community at a ceremony. 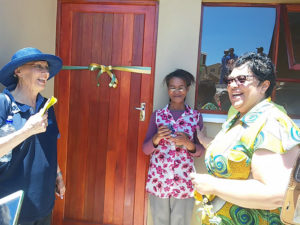 Among the first three beneficiaries who received their houses from the Mayor and MEC, was Paulina Magielies, a 62-year-old widow who depends on her pension to look after herself and two adopted sons, Shelton Boesak (14) and Clayton Magielies (12). Mrs Magielies said she and the boys have had to share a house with her mother as she could not afford to get her own place. “This is such a special day for our family. I have always trusted in God to look after us and today is an answer to my prayers,” she said. 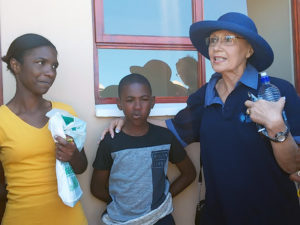 Mayor Elza van Lingen welcomes Connie Kabani and her son, Conwyn, to their new RDP house. Connie’s mother was the original beneficiary of the house but sadly passed away almost a year ago before the house was completed.

Also among the first three beneficiaries, was Connie Kabani (37), whose mother, Georgina, was one of the original beneficiaries of the housing project but sadly passed away before her house was completed. “I had to leave school when I was in grade 11 to work and look after my mother, as she was very ill. I have been the breadwinner of my family ever since. It hasn’t been easy. Receiving this house is an incredible blessing,” she said.

The last of the first three beneficiaries were the Adams family, who earlier this year lost everything in a fire. Spaas Adams, who was at the hand-over with her 11-year-old daughter Ilse, thanked the Department of Human Settelements and Kouga Municipality for giving them a place of their own to celebrate Christmas and the new year. “It is a new beginning for us,” she said. 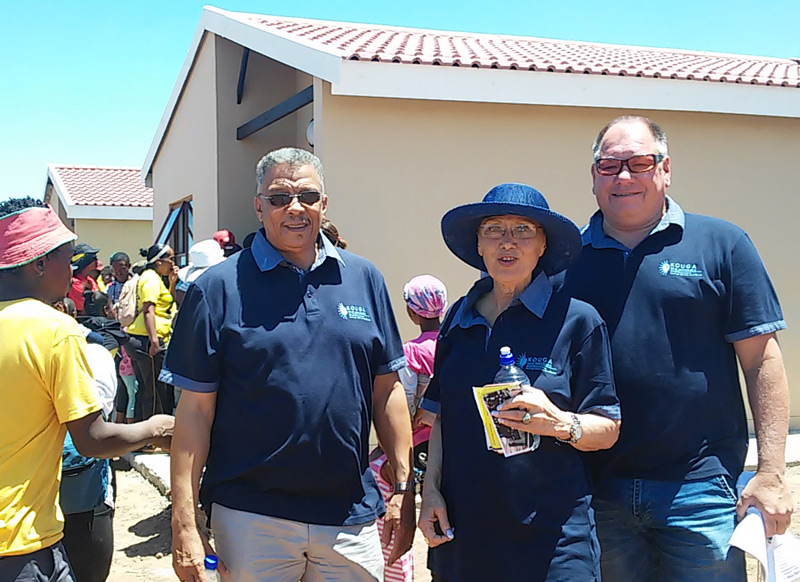 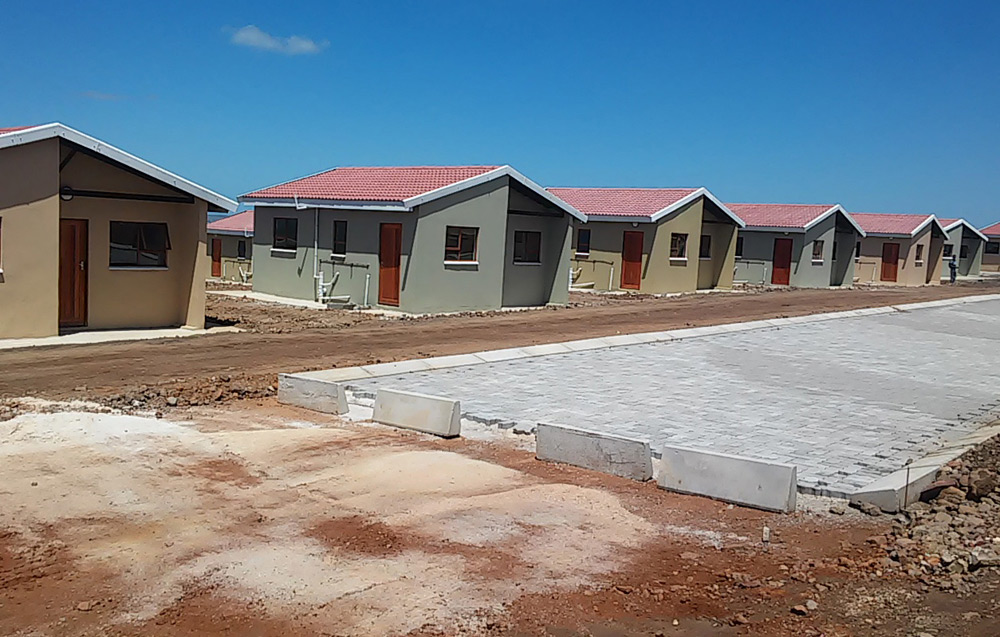 A street view of the RDP houses