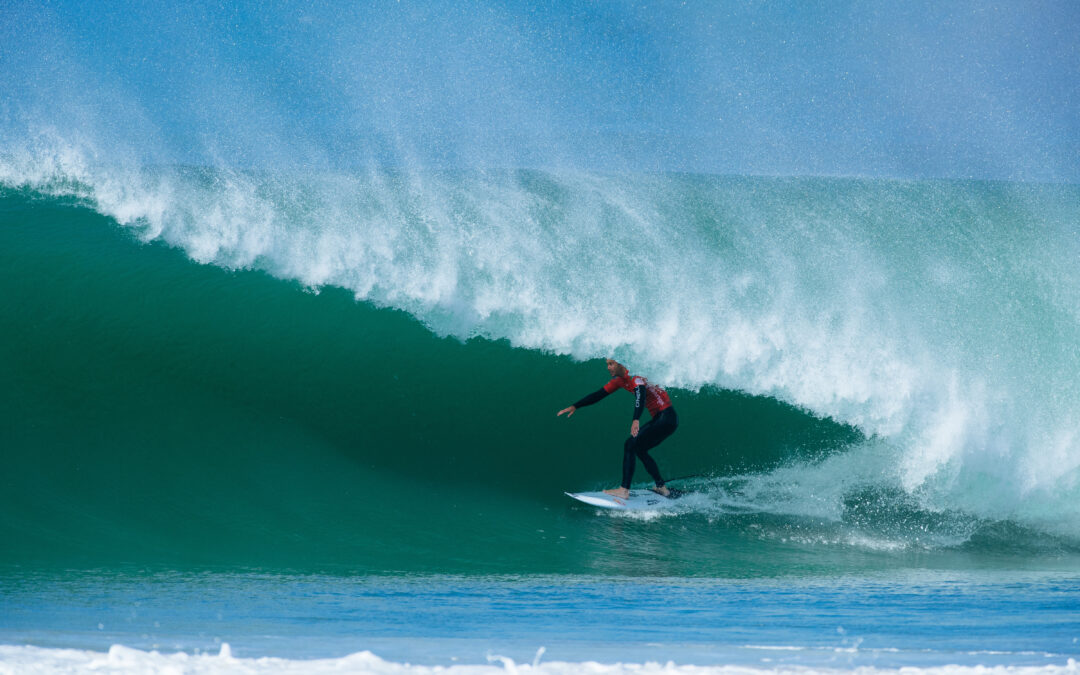 Waves absolutely pumped for most of the day, and the crowds lit up every time a surfer got a clean exit on a spitting Supertubos barrel. On a picture-perfect Sunday in Portugal, huge crowds gathered to watch the world’s best surfers thread tubes and throw big manoeuvres in and above the lip.

When the conditions cleaned up during the day, it was an absolute barrel fest. Jordy Smith revelled in the conditions during his Round of 16 heat against Connor O’Leary (AUS). Smith scored one of the best waves of the day for an incredible deep barrel ride, getting rewarded with a 9.17 to back up his opening ride of 8.17 and secure a spot in the Quarterfinals.

In a remake of the 2019 Final in Peniche, Italo Ferreira (BRA) took on Jordy Smith(ZAF) in the first men’s Quarterfinal. The result was the same, an overwhelming victory from the former World Champion. Ferreira’s flair over the lip on the lefts kept the crowds on their feet and entertained in a chilly, windy afternoon.

“That was a good heat, a lot different from this morning with more rippable waves and no more barrels,” Ferreira said. “It’s always fun to surf against Jordy, he’s a good competitor, and he inspired me, and I’m so stoked for that. I love this place. It’s special to have all this support here in Portugal.”

With the conditions being worlds apart from the clean, barrel rides, Ferreira was in his element, and Smith’s back was against the ropes. “I think if you can draw it up on paper, this is Italo’s ideal conditions. Just 3-4 feet, gale-force mode into the lefts, and he’s the best in the world at it, and it just means I got to improve and get a lot better,” said Smith.