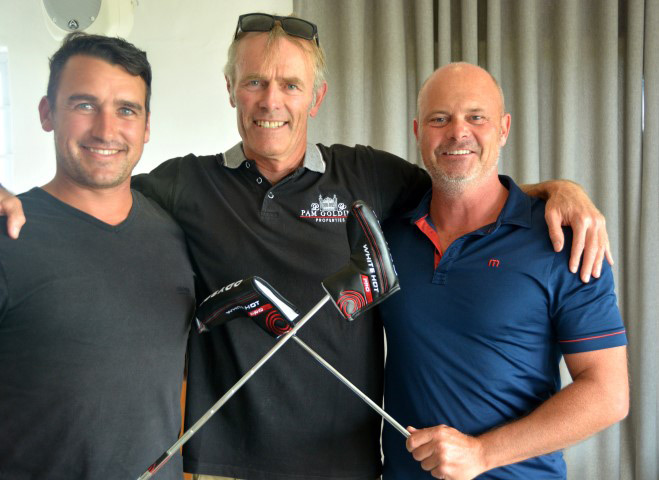 On Monday 2nd and Tuesday 3rd January the two St Francis Bay Clubs – Links & Bay – locked horns in the yearly Pam Golding Annual. Although the weather was challenging at times, the competition went off well and the competitors enjoyed playing on two great courses. After a number of years coming second, the St Francis Bay GC, squeezed a win by a margin of 0,16 points.

Well done to the team winners and all the players who competed in this event and thanks to the management of the two Clubs for all the arrangements as well as to Richard Arderne of Pam Golding Properties St Francis Bay, for the continued sponsorship over the years. Thanks also to Thinus Keller who stood in for Jeff Clause who made a visit to hospital with a bad bug. Get well soon Santa!!