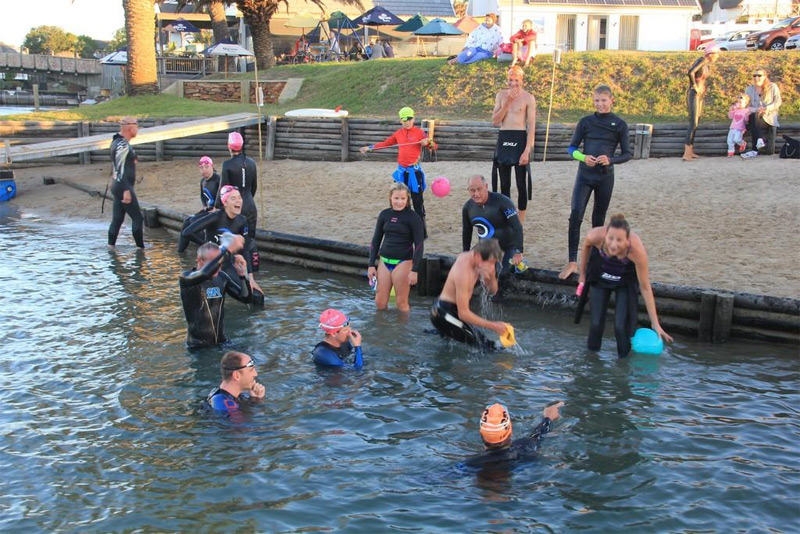 Why anyone would start a swimming club at the onset of winter, especially to swim in cold open water rather than warmly heated swimming pool is beyond most people’s sensibility for surely this puts them in the in the same category as mad dogs and Englishmen. Well this is what, Garth Perry, better known for his honey and indigenous plants, and a few of his fellow swimmers decided would be a good idea, exactly a year ago.

Most local swimmers keep in shape in the warm waters of the heated pool at Liquid Lines in Cape St Francis so the open water swimming is certainly not their only option to keep fit.  So it is either madness or another way we humans must constantly test the boundaries of our resolve and endurance.  In the early days of the weekly open water swim that only started exactly a year ago when water temp were already dropping, several swimmers set off in the inaugural swim. Way back then several swimmers came ill equipped and were spotted swimming without wetsuits but as more and more icebergs started to form, all sensibly donned wetsuits although once in a while a lone polar bear can still be spotted sans wetsuit,

All swims are timed and so swimmers participate, not in a race, but rather as a test their endurance in cold water and to see if they can improve on the their  times around the one kilometre lap of the canals each week. And as they progress some extend their swims to completing two, three and even four laps of the one kilometre course.

Judging from posts on WhatsApp it seems some may do it purely for the enticement of a beach blonde or two after the swim which starts and finishes at Quayside Restaurant on Seaglades. Before you envisage a line of beautifully tanned bikini clad girls waiting at the finish line with warm towels and hot soup, nay, the beach blondes are the produce of the St Francis Brewing Company sold now also on sale at Quaysyde. Why anyone would choose a cold beer after a swim amongst the iceberg is beyond one but as stated earlier, these lads and lasses have mad dogs and Englishmen shaking their heads in incredulity.

Fortunately the anniversary swim was swum in an iceberg melting 18 degrees and had some 30 swimmers participating. Considering there were only a handful of swimmers a year ago, the open water swimming concept has really caught on in St Francis. If you would like to join in this madness gather at Quaysyde, suggest you don a wetsuit over your speedo, and be ready to start swimming at 5:00pm sharp.

As the water temps drop Quaysyde has confirmed that hot soup will become available to those who would prefer a hot beverage over a cold Beach Blonde. If you need more motivation to join this group of intrepid swimmers give Garth a call on 083 30909169.

Early next month this water madness extends to the annual Kromme River Descent when swimmers take on a 15 kilometre challenge with a  swim down the Kromme to St Francis. The event is held over over two days and attracts swimmers from around the Eastern Cape and farther afield. 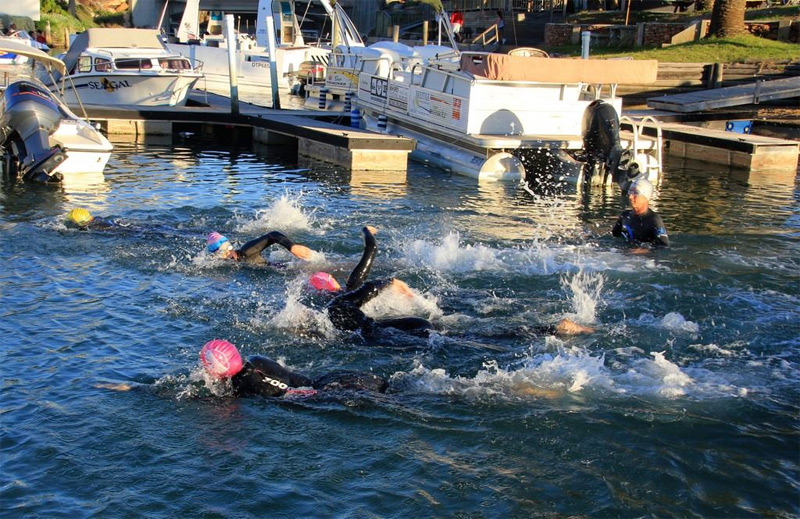 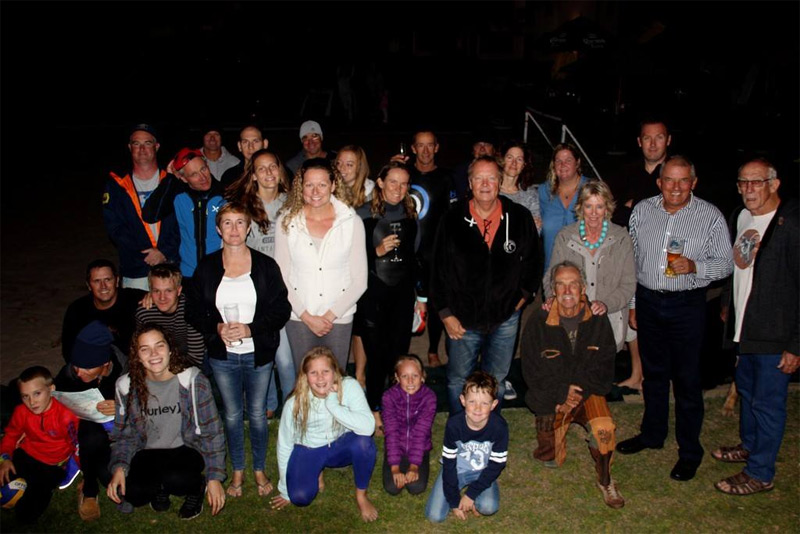 St Francis Open Water Swimmers – All done and warmly dressed, some with Beach Blondes in hand