Notes From The Editor -The World Of Sport Awakens

The World Of Sport Awakens

It was a glorious weekend of sport. It was probably the biggest weekend globally since our first lockdown. So it was amazing to witness some of it right here in St Francis Bay.

To summarize, and it is a quick summary, this is what went down this weekend.

First and foremost, we had the PGA Championship at The Links, and it was televised lie on both Saturday and Sunday. What an experience seeing the drone shots of the competitors and even the wide shots of the beach at Cape St Francis and St Francis Bay. Full results further in the news.

The Springboks had a nail-biting game against Wales in Cardiff, and it poured throughout. The stadium had a roof, but COVID protocols prevented them from closing it. To make matters more interesting, a try opportunity for Wales was possibly thwarted by a spectator. The guy had run on the field to have some fun. Instead, he was tackled to the ground directly in front of the Welsh charge.

We played T20 World Cup cricket against England in Sharjah in India. We beat the Poms but were eliminated from the contest. It was a strange game; the rules are changing. One massive hit from an England batsman saw him smash it out of the park for 12 runs. I missed the new rules, but 12 runs for a single strike, no matter how good, changes the game right there.

At Seal Point, we had excellent waves for the Nelson Mandela Bay Surfriders Closed Championships. Again, there was a lekker vibe and perfect waves. No results though, the champions will be crowned at the AGM next weekend.

We had Formula 1 in Mexico, and the Hamilton/Verstappen blood feud continues. However, Max won and is looking good for the title.

To top it all, we had the super-popular New York marathon take place and the Barcelona Marathon. The NY race was televised live, and by that stage, on Sunday, I was so sported-out that I couldn’t even search for the Barcelona event. In fact, at that stage, I could barely find my tonic water. What a weekend. 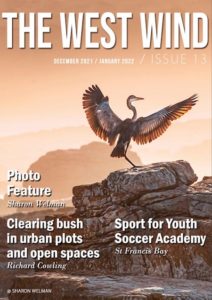