The Mixed Drawn Trips Competition at the St Francis Bay Bowling Club was well supported but besieged by bad weather. The competition was supposed to be played on Thursday 9 and Friday 10 June 2016 and everyone was geared up for this popular competition.

Keen rivalry was the order of the day on Thursday 9th with twenty four bowlers keen to follow on the next day and pit their skills against the other mixed drawn trips on Friday. That was not to be as heavy rain put paid to any thought of playing at all on Friday. The possibility of continuing the competition on Saturday was considered but rain again had the last word and all bowls was cancelled on Saturday as well.

The only possibility was to play on the normal “Club Day” so the final day of the competition was eventually held on Wednesday, 15 June.

Even on this last day of the Mixed Drawn Trips rain interrupted play but the bowlers persisted and played on regardless to complete the event.

The winners were Toby Haring, Gerald Rugheimer and Margie Young. Runners up were John Poole, Viki Hilligan and Pam Stark.

In spite of the inclement weather, the participants enjoyed the competition and were undeterred by the persistent rain. 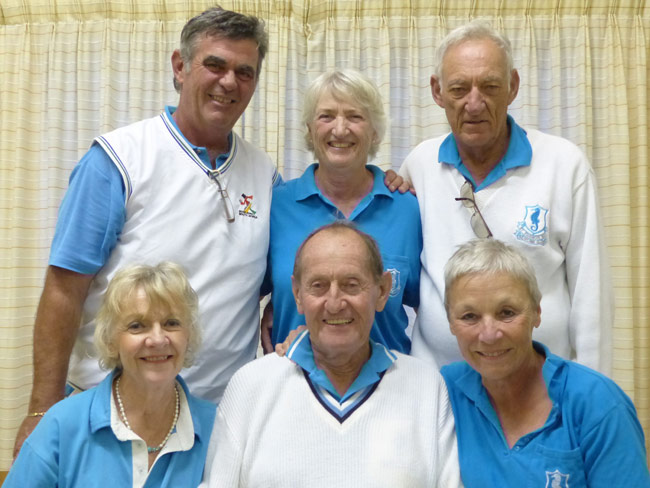