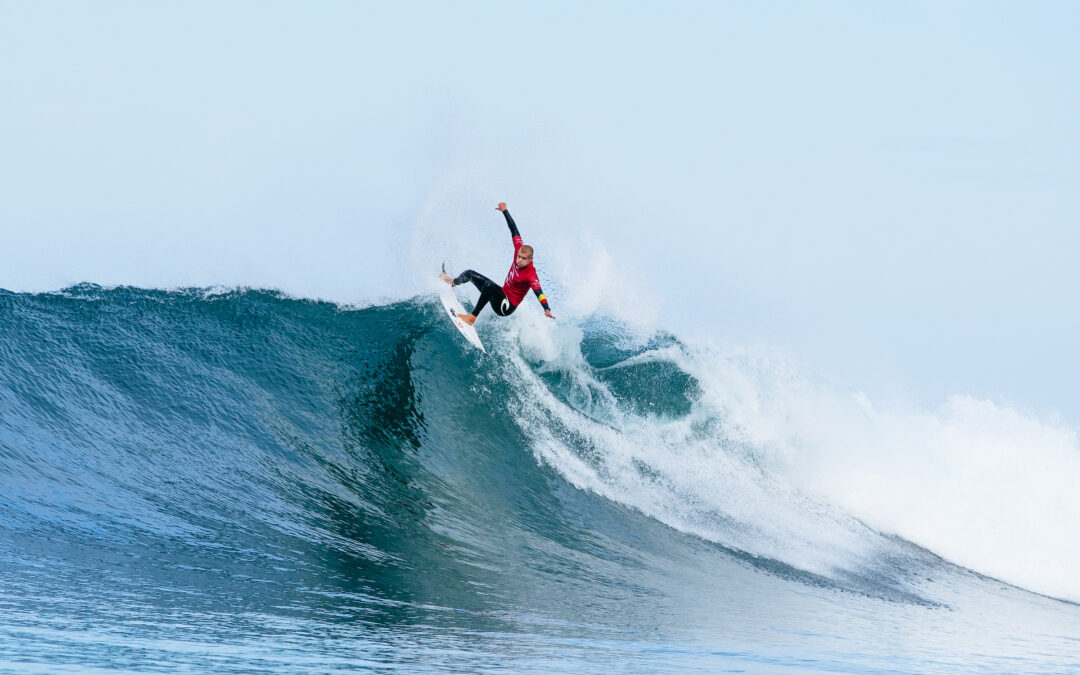 “Bells is the wildcard I really wanted,” Fanning said. “Obviously, I did Narrabeen last year, but Bells is the one I was really aiming for. It’s a place that is really close to my heart, and if I was ever going to take a wildcard, it would be there, so I’m pretty fired up. Personally, I really like the wave at Bells. The speed, the wide-open canvas, and the fact that it is a right-hand point break. I love everything that comes with Bells, the history, the cliffs, the gathering of everyone down in the car park. It’s so awesome. It’s something that sits in my heart.” 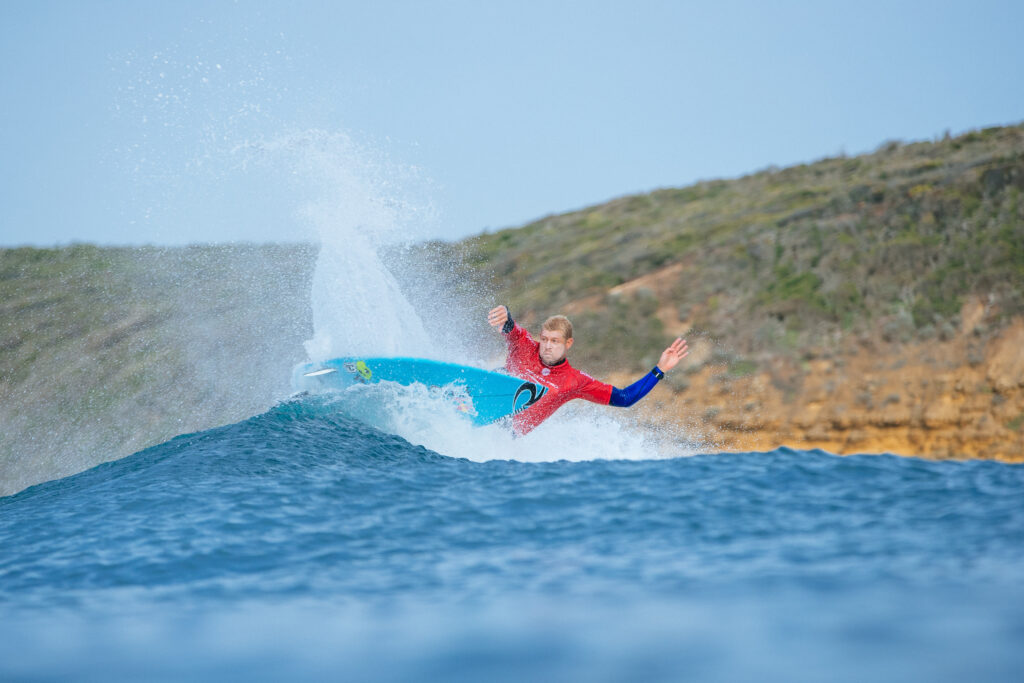 Mick Fanning during his Round 4 heat.

The Australian surfing icon officially retired from professional surfing at the 2018 Rip Curl Pro. Before his retirement, Fanning spent 17 years competing on the elite CT. His illustrious tenure includes 22 Championship Tour victories, 11 Top 5 finishes, and three World Titles, cementing him as one of the greatest surfers and sportsmen in history.

“To go and ring the Bell for the fifth time, no one has ever done it apart from Gail Couper,” Fanning continued. “During my career, I got close, but I just want to focus on putting on a good performance. When I was on Tour, my preparation was non-stop training, but this time around, I’ve just been focusing on my surfing and making sure it’s up to the level of the best in the world.”

After taking a couple of years off to recover from a knee injury, Fanning was back in the jersey as an event wildcard at the 2021 Rip Curl Narrabeen Classic presented by Corona. This marked 20 years since winning his first CT event — as a wildcard — at the 2001 Rip Curl Pro Bells Beach.

The Rip Curl Pro Bells Beach is the longest-running surfing event globally, dating back to the Bells Beach Easter Classic in 1973. 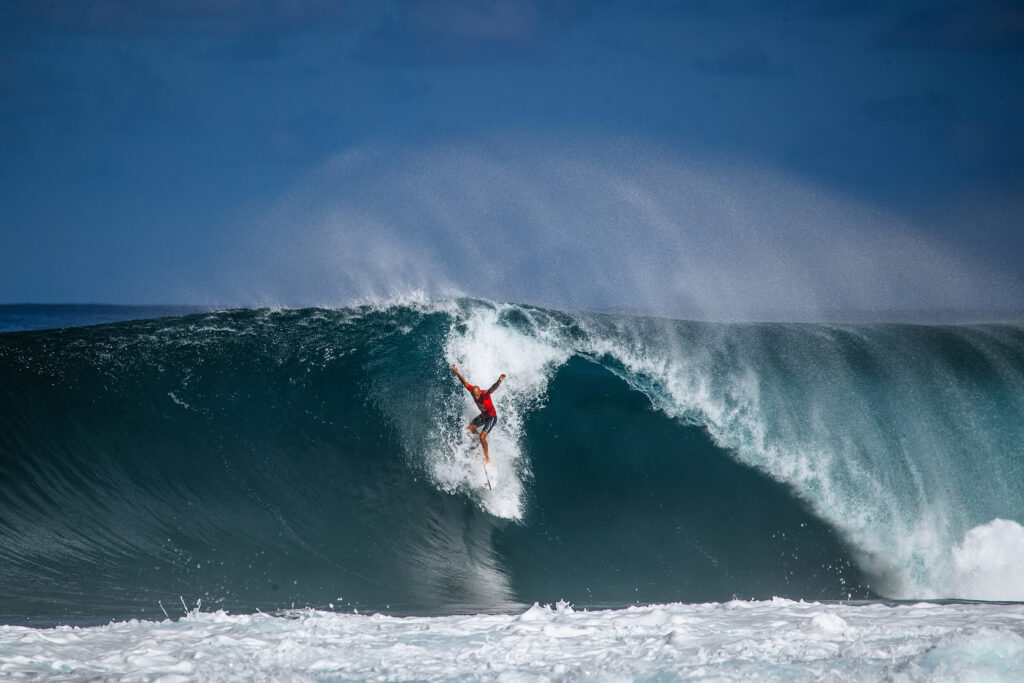 Australian icon, Gail Couper, is the surfer that holds the record for the most surfing trophies at Bells Beach. After becoming the first female surfer to win an event at Bells Beach in 1964, Couper won the Bells Beach trophy nine times. To this day, no surfer has been able to beat this record.

Bells Beach is also a sacred place of cultural significance to the Wadawurrung people, traditionally known as Djarrak. To honour and respect the local community, The Rip Curl Pro Bells Beach begins with a traditional Welcome to Country every year. It concludes with Wadawurrung and local indigenous surfers presenting the winner’s trophy.

Fanning was awarded the event wildcard through the event’s title partner, Rip Curl. In addition, five other surfers were called into the Rip Curl Pro Bells Beach to replace injured athletes.

Bronte Macaulay (AUS) will continue surfing as the WSL Injury Replacement for Caroline Marks (USA). Marks has withdrawn from the Rip Curl Pro Bells Beach due to medical reasons. 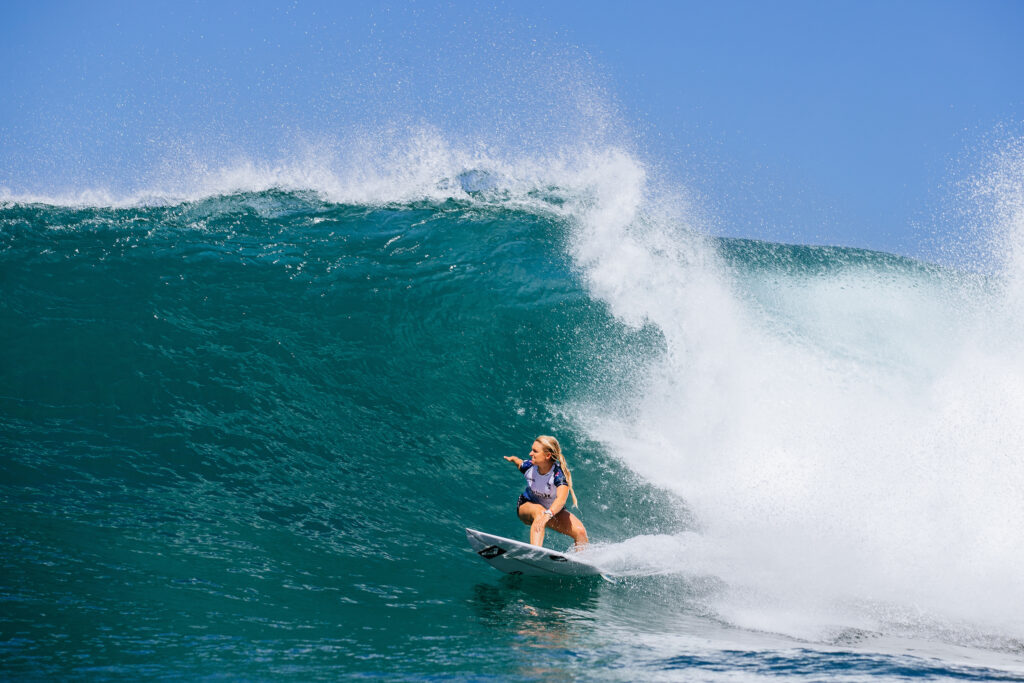 HALEIWA, HAWAII – FEBRUARY 17: Bronte Macaulay of Australia surfs in Heat 2 of the Elimination Round at the Hurley Pro Sunset Beach on February 17, 2022 in Haleiwa, Hawaii. (Photo by Tony Heff/World Surf League)

Yago Dora (BRA) continues his recovery from his injury ahead of the season. He will be replaced by WSL Injury Replacement Matthew McGillivray (ZAF). Carlos Munoz (CRI) and Liam O’Brien (AUS) sustained injuries at Pipeline and continue their recoveries. They will be replaced by World No. 6 Caio Ibelli(BRA) and Mikey Wright (AUS). This will mark Wright’s return to the CT after announcing an indefinite break from professional surfing following last year’s Corona Open Mexico.

The local trials event will decide the two remaining wildcard spots for women and men. The trials are scheduled for Thursday, April 7, at Bells Beach, and 20 men and 20 women will fight for one spot in each division.