Meet some of the teams competing in Expedition Africa

This year two expedition rookies, Gina and Terence, team up with Nici and Ryan from Team Black Diamond (in the absence of James, who is getting married and Leon who is injured). They will race as Team Cape St Francis Resort.

Ryan and Nici have raced together for the last 12 years. In recent times they have competed in Quantum Leap 2012, EA 2013, 2014, and 2016. Gina is new to AR but has multiple MTB stage races and trail runs under her belt. Most recently she completed SKY Run and African X.

Terence is an International Adventure / Lifestyle Photographer and wanna-be athlete. After a few years of racing AR Terence focused his time on his trade instead of racing and has since been to 2 EA’s as photographer working with top teams. This is Terence’s first full length expedition.

In James’s absence, Nici will be doing the Navigation work and the Team is looking forward to covering some beautifully tough and rugged Baviaans terrain!  Hopefully our journey will not be too convoluted

Team BUCO Adventures is a Plettenberg Bay based team with a mix of experience and fresh new blood. BUCO has sponsored the team this year as part of the take over from Pennypinchers.

Team Captain James Stewart and AR stalwart Netski Wylie are the experienced pair. Stef Le Roux and Andrew von Blommestien are no strangers to off road endurance events but are new to the sport of Adventure Racing. They will bring a new energy to this team who have taken part in all but one of the Expedition Africa Races. 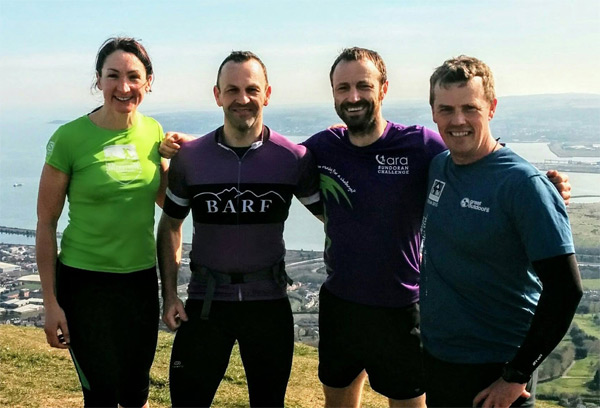 Team Misadventures are from Ireland and have been racing in the Irish AR scene for a number of years, but this is the first time this combination will race together. Taryn and Nigel are returning to Expedition Africa having raced in the 2014 edition (as Beast of Ballyhoura) and will be joined by Denis and Colin who both have lots of experience in 1-4 day races and having competed in the World Series race held in Ireland in 2016. Taryn brings the experience to the team, Nigel and Colin will be on the maps and Denis brings ropes skills together with bad jokes and singing.

The team are looking forward to exploring more of South Africa’s wilderness and know that Stephan, Heidi and the team will put on a great race showcasing the local area.

Other entries include teams from