Learning to Toyi-Toyi in the land of the free

South Africa is truly an amazing country. I often wonder about what it is that connects us to this diverse and complex place. I’ve observed over the years at how my relationship with my country has fluctuated. It’s not like a love / hate relationship …. more like a love frustrate relationship. It’s been a bit like a yo-yo ….

I’ve been blessed to live through so many of its transitions. As a privileged white child, I was shielded by the apartheid system. Unaware of the racism and inequality my middle class upbringing in the cosy suburbs was idyllic. Apartheid was specifically designed to look after the white people. And it did. For decades. Although my parents knew it was wrong and never voted for National party, they were never quite brave enough to push the boundaries further that the official “white opposition” party. By doing anything else they would have been breaking the law. Not an option for my parents. In saying that Donald Woods lived just down the road from us in East London and later on we went to school with Molly Blackburn’s’ sons. Being an activist in those days was not for the feint hearted. Both these families experienced severe trauma through persecution of the apartheid regime.

I was shoved onto a train in Port Elizabeth in the late 1980’s and taken to Pretoria for compulsory National Service. I suppose it was only then that I got a real taste of what it was like to be part of that system. We we told about knowing our enemy, the African National Congress. We were drilled day in and day out for three intensive months of basic training. We were taught how to shoot rifles and trained to go and fight in the wars that had been raging in Angola and Mozambique for decades. The attempted brain washing didn’t work on me personally but it did on many others. I got lucky as the war in Angola was nearly at an end. Friends of mine from school had been less fortunate.

In 1990 the ANC was unbanned and a few years later, the birth of a new democracy. The celebration hope of a new future for the nation under Nelson Mandela was palpable. It was an amazing time. I can only imagine how incredible it must have been for so many non white South Africans to finally be free. Something I’d taken for granted my whole life. Such basic human rights denied for decades. To be fair the new leadership inherited a real monster. How on earth were they going to pull millions and millions of marginalised people out of poverty? Back then the unemployment rate was already high. Human rights abuses in the workplace had of course lead to a powerful trade union movement during the apartheid era. COSATU (Confederation of South African Trade Unions) had become the ANC’s biggest ally during the resistance. How to marry apartheid style capitalism to the fiercely communistic ideologies of the labour force was never going to be easy.

Personally as a young white male it was also a challenging time. I had studied personnel management. Due to affirmative action, finding a job in my field was proving nigh impossible. Like many others I decided to seek greener pastures. I was fortunate to be well educated and resourceful. So I left for a while to forage abroad. Not so easy on the “green gamba” (S.A passport) … but I managed

As the years rolled by back home, I became quite opinionated about what I considered South Africa’s demise. Nonetheless I went home every year. Each time, I couldn’t wait to get back. It was was my country, my home. The place where I grew up and where my family still resided. Clearly I needed an attitude adjustment. It was hard, nigh impossible. to be fair especially during the Zuma regime. But it never changed my deep connection with our country. If I still wanted to be here and enjoyed being here every time I came homes. I felt free yet I needed to find ways to self-determine and survive under a different set of corrupt leadership. Once I got that into my head and stopped over reading all the bad news stories, things really improved.

Of course there will always be a very challenging political and socio-economic landscape here, one in which we all need to survive. Granted South Africa is not for sissies there are very real issues but there is also an incredible spectrum of awesome people. We should always remind ourselves that the huge majority of people that live here are inherently good. I remember the British press warning of how dangerous SA had become prior to us hosting the 2010 World Cup football. At one point they were even recommending people wore bullet proof vests for goodness sake! What utter nonsense. I helped curate the music at the Fan Park in down town Cape Town. I was there every day and night during the duration of the event. Booze was on sale …. many thought it could be a recipe for disaster … yet not one bad incident. I heard that there were similar good vibes at all the other Fan Parks. Everybody just watching the games and having a blast! It’s the people that make up the Rainbow Nation after all and those colours are still very bright.

Nonetheless, we’ve all witnessed the demise of the Rand since 2010. A very solid indicator of investor confidence. We’ve seem time and again how people illegally emptying State coffers aren’t brought to book. We’ve seen the lack of service delivery. Higher rates of unemployment. The list goes on. It’s really not good

But …. and here’s the rub …. Just about every other country in the world is also in kak these days. I’m not saying that’s a good thing, but think about that for second. I am gobsmacked at how naive so many people in the supposed First World countries are regarding the human rights abuses that are happening right now. This weird Orwellian prophecy is actually coming true. In the States, legislation is on the table to make it illegal for people to protest! Say what? To make matters worse all over the world people are complying … like sheep. Those very important freedoms that are at the cornerstone of ‘well advanced’ society are being taken away. London, New York, Paris, Naples, Barcelona etc etc…are no longer the same. I don’t want to go to any of those pozzies right now…why would I?

I want to stay in South Africa where people are not so good at ‘complying’. We’ve been there done that. The government knows this and understands that their capacity to enforce unjust laws is extremely limited. I’d like to believe that trying to control the general population is just not the African way. Freedom in Africa runs very very deep …. and it’s held sacred. South Africans don’t take too kindly to being suppressed and told what to do.

There is trouble on the horizon in many countries beyond our shores. In the words of Chris Hedges “It is certain that popular revolt is coming” Perhaps when that populous he is referring to finally decides to wake up they’ll turn to South Africa … the land of the free … to learn how to toyi toyi … 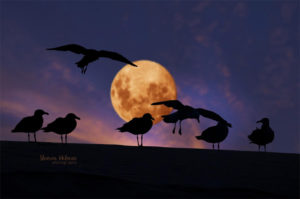