The St. Francis Bay Golf Club Ladies Section organised the yearly Kettlewell Trophy golf day on Monday 19th December. This trophy has a proud tradition that started in 1983. John Kettlewell felt in those years that the men had the Colin Rose Innes Trophy for which they play for annually but the ladies had none. He then introduced the Kettlewell Trophy day to promote women’s golf at the Club. The first winner in 1983 was Margaret Kettlewell. Jenny Schulze (Kettlewell) held up the tradition by handing over the prizes and Trophy to the winner.

The ladies tee-off this year in beautiful December weather and ended the day all smiles after a tasty Christmas lunch prepared by Jani and Frank Ellis. 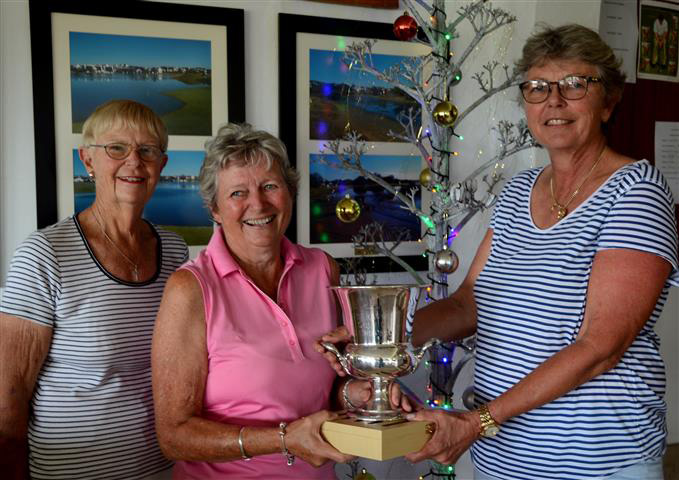