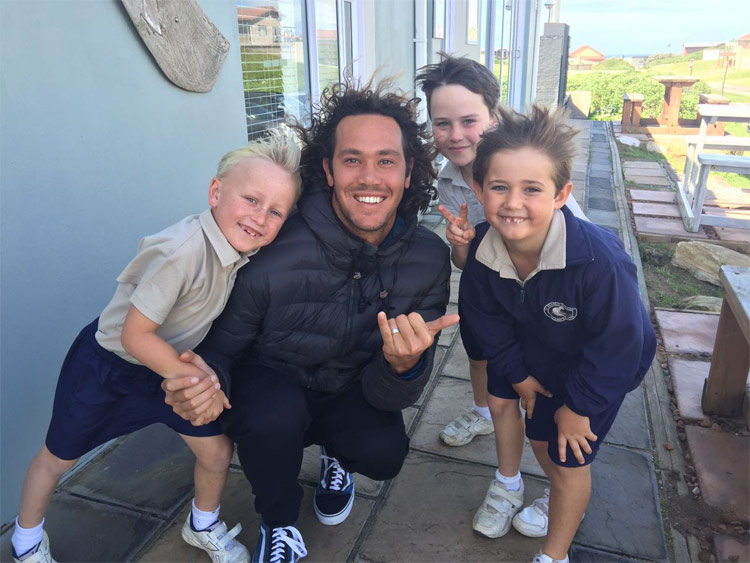 South Africa surfing hero, Jordy Smith, snuck quietly into Cape St Francis yesterday just days after winning the last WSL contest at Trestles in California, a win that could see him win the title race if his European and Hawaiian legs are successful. He is presently lying in 4th position in the current world rankings

Jordy was totally under the radar on a photo shoot for an American Magazine and after surfing Seal Point, he had lunch at Liquid Lines where he met some St Francis College kids. Says Lorrin Jarvis whose son Rylan was one of the lucky kids to meet their hero, “ Jordy is a great chap. He had a chat to my son Rylan on the phone after his Trestles win so you can imagine how stoked Rylan was to meet him today!

Watch Jordy in the final at Trestles http://www.worldsurfleague.com/posts/222291/jordy-smiths-powers-through