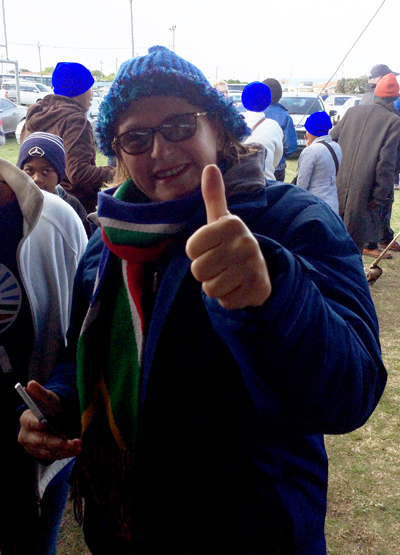 Helen Zilla wrapped up warmly against the cold after having warmed up the Sea Vista crowd.

Never having attended a political rally before, Saturday’s DA rally on the Sea Vista Sports Field was an eye opener for this scribe. Of course one has witnessed these rallies on TV News but usually pay scant attention as the focus is usually on the speaker prattling on rather than the reaction of the crowd, unless of course they are booing Zuma which is a sure attention getter.

In spite of the cold weather , or should that be freezing weather, although the sun was making a valiant effort to warm  things up, the speakers seemed to be doing a great job of warming the crowd.

Arriving a little late I did catch much of Helen Zilla’s speech, my goodness she is a good speaker and certainly wouldn’t be out of place if her parliament choice had been Westminster rather than Cape Town.  Really great to hear a South African political leader who can articulate so well without aid of notes and who can rev up a crowd for it was the crowd that most intrigued me. Their reaction to the speaker was reminiscent of one of those evangelical gatherings where the worshippers repeat what the preacher shouts. Most interesting and more significant was to see such good support for the DA in Sea Vista which hopefully bodes well for the upcoming elections.

Asking the crowd was Sea Vista not at the sea and was the colour the sea not “BLUE”, Zilla had the crowd chanting “BLUE” continuing that “we will make Sea Vista Blue, Kouga BLUE, Baviaans BLUE, Cambedoo Blue  …. and …….  Motivating stuff and as a first rally it really was a fun experience being there. 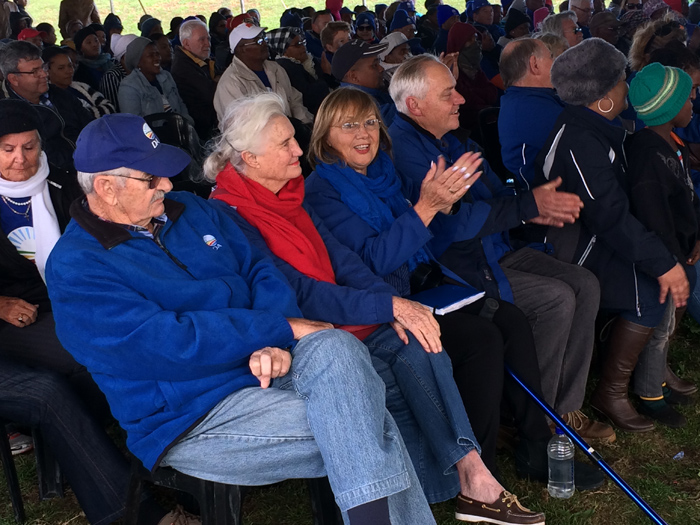