A lovely feel good story from regular contributor Yvonne Bosman about a close relationship formed between Wendy MacKenzie and a young heron. 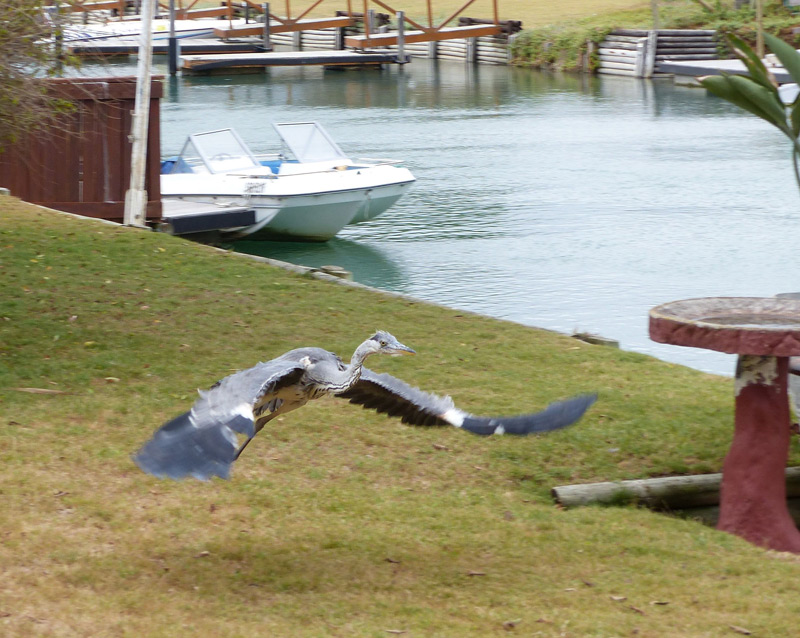 The close relationship between Wendy MacKenzie and a Grey Heron began when “Hector”, as she named him, landed in a bed of ferns alongside her garden wall, with no sign of an adult in the area. 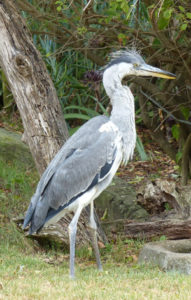 Last year when a large ficus tree which had served as a heronry was trimmed back, four herons made their way to Wendy’s palm tree on main canal in St Francis Bay and built their nests.

Sometime late last year, the remains of a blue egg fell from a tree in her garden, so she presumed that the herons had bred. Another egg had also fallen around the same time so she collected these and kept them as items of interest.

Then, on 30 December, last month, during one of the more serious gales the town has experienced lately, Wendy heard a strange noise outside her lounge, and went to investigate. She found a young bird had fallen into the ferns that line her garden wall. She was not sure whether the wind had blown him out, or if the African Harrier Hawk, which had been frequenting that part of the canals, had tried to extract him from the nest and dropped him.

Fortunately her nephew Bernard McKenzie was staying with her at the time, and being a keen fisherman was able to supply her with bait to feed the young bird. No adult heron seemed to be in the area and the heron, whom she has named Hector, has remained on the property ever since. He enjoyed the daily offerings of bait sardines so hung around. Since that first day, a bond has developed between Wendy and Hector and he follows her movements wherever she is. He sits patiently at feeding times on the grass outside the patio door, or clambers up onto flower pots outside, or even jumps onto the window ledge outside her lounge from where he can watch her. “It must be to do with the food I supply,” she says wryly.

Hector would also like to form a friendship with the dog Juno who ignores him most of the time, but he made it quite clear that Juno may not come near at feeding time. He has even managed to walk up the spiral staircase in the courtyard where Juno sleeps.  If a meal is late, a gentle reminder comes in the form of a peck on the window.

One morning Wendy was surprised when she saw Hector flying back to her garden from across the canal.  He had obviously made a sortie to the opposite bank of the canal so he is able to fly quite well by now. She is hoping that he will be able eventually be able to fly off and find his own food and fend for himself but in the meantime, he is providing her with great satisfaction and interest. 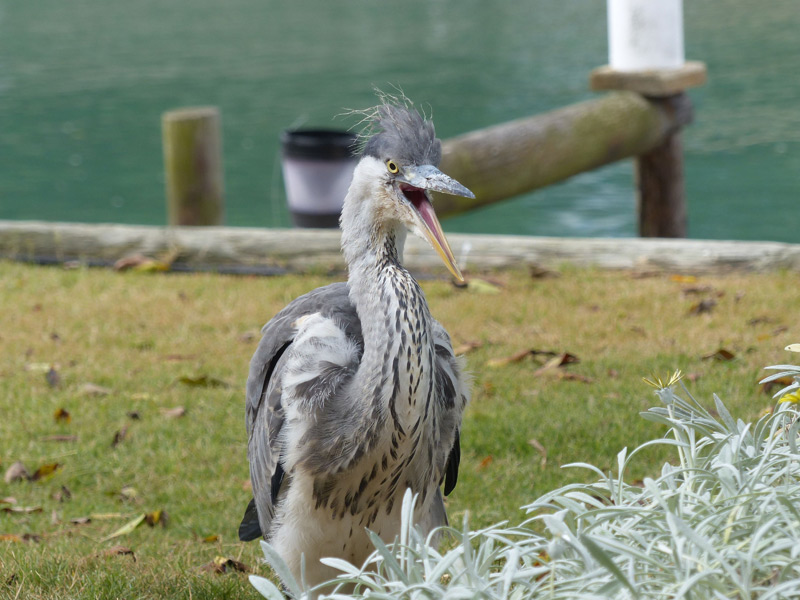