The weather certainly didn’t do our many visitors any favours although Sunday afternoon cleared to present those who have never visited our tiny hamlet with just an inkling of how wonderful it can be. Monday dawned and some must have wondered if we ever enjoy sunshine in these parts but after an almost cloudless summer stretching from October through to the Thursday before Easter, we hardly saw a cloud, the rain was most welcome.

The freezing rainy weather on Good Friday would have kept many under their duvets including this scribe who had every intention of attending Haydn’s 7 Crossroads but chose to keep his nose beneath the covers. Classical musical lovers no doubt, at least those who braved the cold, must have revelled in the performance of the quartet from NMMU who hopefully they will return some time in the future. Maybe a little Mozart next time around?

Saturday’s weather thankfully cleared sufficiently for the market not to be washed out and oh what an attraction this has become. Those who visit the market regularly cannot but have noticed how it has improved in both quality and quantity over the past six months or so. The organisers, St Francis Tourism with others, have truly made this a highlight on our monthly calendar.  There really is something for everyone and with the added choice, even those who have regularly offered their products over the years have benefitted from the bigger crowds. Certainly it was a holiday weekend so bigger crowds would be expected but the market at the end of March was equally busy and illustrates that the organisers are doing it right.

An interesting addition to the exhibitors on Saturday was St Francis Property Owners where several of their committee were available to explain the ins and outs of the proposed SRA that has dominated the minds of many over the past months. Armed with copies of their recently released newspaper ‘St Francis Future’ they were undoubtedly able to set the minds of some of those who could not make up their minds on their vote at rest.

Another newbie at the market was St Francis Animal Rescue with a stand selling doggie treats and paraphernalia. In addition to their market stall SFAR also held a street collection that according to SFAR spokesperson Sue Rae Fox was a huge success and perfectly illustrates the generosity of the St Francis community who support the efforts of SFAR in reducing the number of puppies being born every month with their “Open your Eyes – Sterilize” campaign as well as the work done at their weekly Thursday clinics. Something worth noting is that every member of the SFAR team is a volunteer and every penny raised in their fund raising efforts is spent on sterilising cats and dogs or on treating animals against parasites and purchasing much needed inoculations to prevent canine illnesses spreading to the pampered pets of the village.

It what was rather a dog day weekend SFAR also held their popular ‘Mutt Strut’ at St Francis Links on Easter Monday. Unfortunately the weather played foul and although several ardent dog walkers arrived, they chose not to walk but did donate. As the rain cleared a few late comers arrived and did take the walk through the links following the 5 kilometre Park Run course.

And not to be omitted from the weekend’s events was of course the annual ‘King of the Kromme’ paddling race but more on the race later in the week. 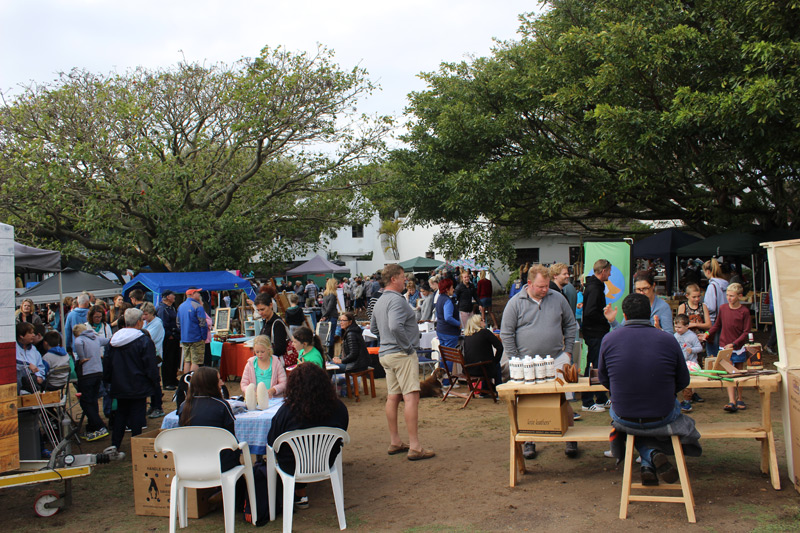 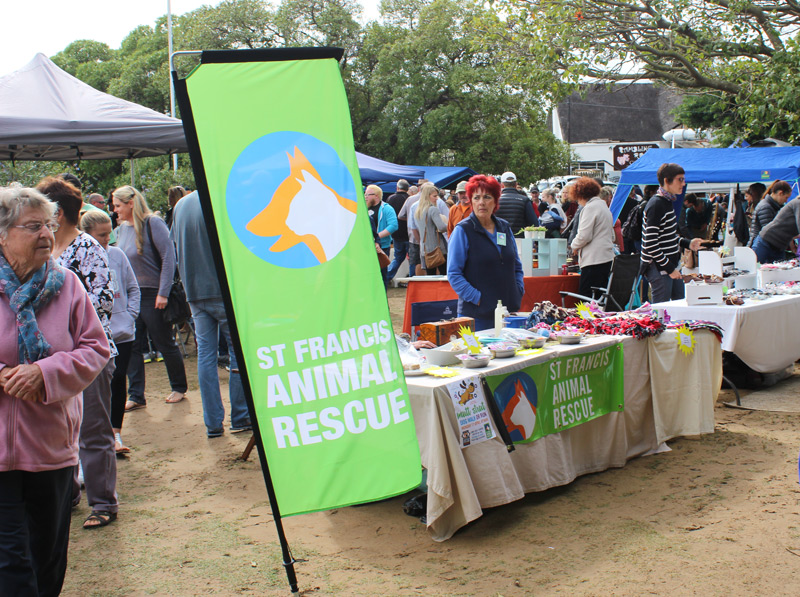