The news today is obviously dominated by SONA 2020  but for some welcome respite from the antics of the EFF, the inefficiencies of the ANC and the whining of the DA, click on the link below and be wowed.

Mountain Biking One Of The Most Remote Islands On Earth  –  Andre Hogo and Darren Peens from St Francis Bay recently embarked on a trip to St Helena – the 2nd most remote inhabited islands on earth to film a mountain bike film.

Excitement Mounts As Wine Estates Confirmed For Wine On Water Festival  –  Sales have been brisk for the inaugural Wine on Water festival in St Francis Bay on the canals, and it seems that it is going to be a popular wine-tasting event.

Great events, great course and great food!  –  On Monday, we held our first board meeting for the year. It was suggested that I share part of my CEO report for the 1st quarter

Authorities net illegal fish traders  –  Nearly 300kg of fish and squid have been seized and nearly R20,000 worth of fines have been issued in a series of raids

Bay traffic department centres back online  –  The issuing of new driver’s licences and the renewal of licences is now back online at the Uitenhage and Korsten traffic and licensing centres. 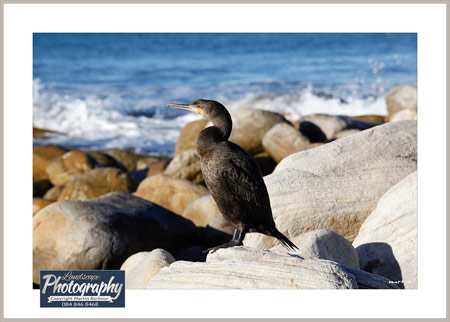 How Miss Universe and Mr Springbok saved the night at stormy SONA  –  It was a night where President Cyril Ramaphosa would be facing a disillusioned nation and a fiery opposition.

EFF objects to FW de Klerk at Sona 2020  –  “Honourable Speaker, we have a murderer in the house,” EFF leader Julius Malema said in reference to De Klerk.

‘Please close the door!’ EFF leave parliament after disrupting Sona  –  The party had caused a suspension of proceedings after an hour.

Government cannot fix SA’s economy on its own, Ramaphosa admits in SONA speech  –  President Cyril Ramaphosa has admitted that government will not be able to fix South Africa’s economic woes on its own.

WATCH | No plan for Eskom: Parties react to Ramaphosa’s SONA speech  –  The DA says President Cyril Ramaphosa’s State of the Nation Address showed that he had chosen the ANC over South Africa

‘Significant uptake’ in South Africans using these visas to get to Australia  –  A growing number of successful South African business owners are applying for Australia’s Temporary Skill Shortage and Business Talent Visas,

William Barr: Trump tweets make my job ‘impossible’  –  US Attorney General William Barr has said that President Donald Trump “undercuts” him by tweeting, making it “impossible for me to do my job”.

Huge rise in coronavirus cases casts doubt over scale of epidemic  – China reports 13,332 additional cases due to a change in how authorities are counting them

Huawei: US issues new charges of racketeering and theft  –  he US has expanded its lawsuit against Huawei, accusing the Chinese telecoms giant of a “decades-long” plan to steal technology from US firms.

CT Athletes Dominate on Day 3 of the Oi Hang Loose Pro  –  Yago Dora, Filipe Toledo and Jadson André all had commanding performances at the QS5000 in Fernando de Noronha.

New Horizons spacecraft ‘alters theory of planet formation’  –  Scientists say they have “decisively” overturned the prevailing theory for how planets in our Solar System formed.

IN PICS | The strange and the sublime: fashion on the #Sona2020 red carpet  –  Political movers and shakers show off their personal style on the Sona red carpet