FOSTER to commence with Rehabilitation Work in the Seal Point Reserve.

Of the four reserves that FOSTER manages, the Seal Point Reserve around the lighthouse is best known and its trails the most used by walkers and cyclists, be they locals or visitors to Cape St Francis.

Whilst this is very welcome it also means that the trails now need some maintenance in certain areas and people being people have started making trails of their own paths often in very sensitive areas which we would like to discourage. One of the little-known facts about this reserve is that we have a plant growing here that is endemic to this area the Limonium sp, meaning that it is only found around the lighthouse area and obviously a protected species, so veering of the paths and potentially trampling on these and other sensitive plants should be avoided. 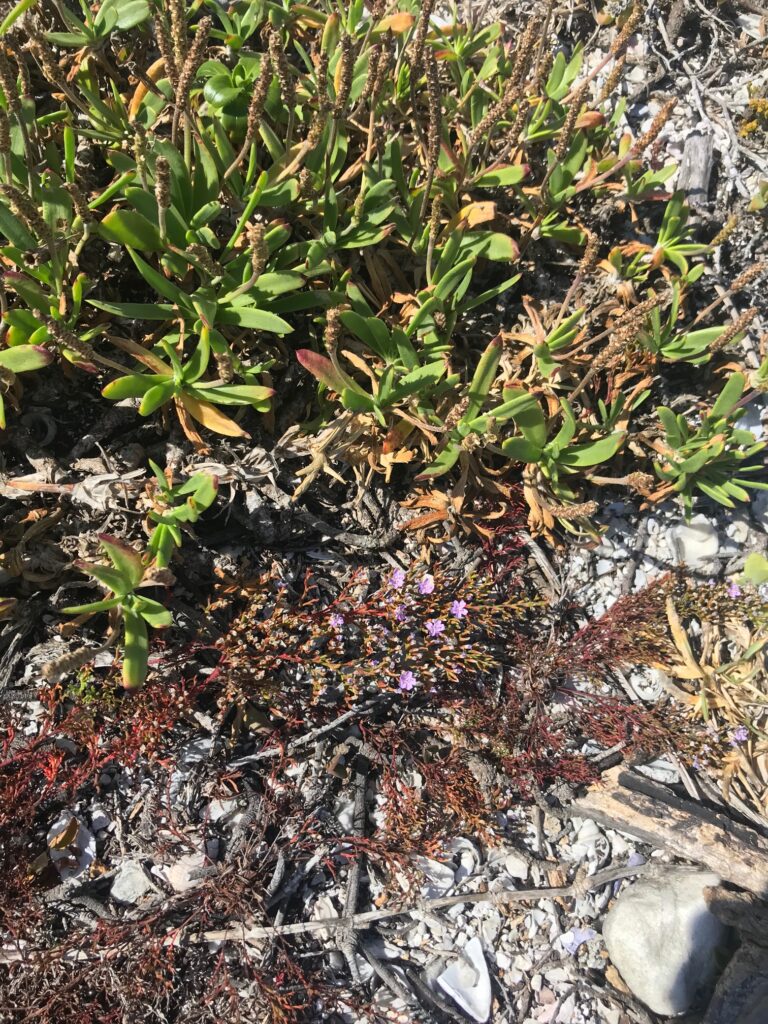 The little purple plant is only found in Cape St Francis.

Not only that but another factor to consider when veering of the official wider trails is the danger of snakes, in particular puff adders which are plenty in the reserves apart from some other equally poisonous species.

FOSTER will be improving the signage, blocking off some of the paths and repairing some of the rutted sections. We will also start removing some of the bitou which whilst not an alien is a weed and that is taking over some sections of the reserve and preventing other endemic plants from flourishing. We will provide more detail about this a a future article.

We are also going to have to remove one of the abandoned and derelict benches that now poses a health hazard apart from the environmental damage that its causing through unnecessary erosion etc. Whilst we understand why people wish to erect benches in memory of their loved ones this is no longer allowed based on the coastal management act and the municipality has the right to remove any new benches going forward.

The monies raised through our community via the FOSTER Golf Day and its’s sponsors allows us to now make good on our promise to use these funds to improving the Seal Point Nature Reserve.

So, if you encounter Dave and his team working in the Seal Point reserve give them a thumbs up and a smile for helping maintain and preserve our remarkable heritage in the St Francis area.