Flag Ceremony – not to be missed

A not to be missed event is the Flag Ceremony on Cape St Francis beach on Saturday (13 May) morning where the teams competing in Expedition Africa will fly their flags. Starting on the beach in front of Cape St Francis Resort at 11:00am the flag ceremony will then continue along the beach to the Cape St Francis Lighthouse and environmental project at SANCCOB.

Heidi Muller of organisers Kinetic Events explains that as the African adventure racing organisers have chosen to assist SANCCOB in their work with endangered African penguin and other sea birds. “The competing teams will be introduced to the invaluable work done by SANCCOB and get the opportunity to adopt a penguin. Thereafter teams will each lay a stone into the Expedition Africa landmark, which will be part of the event’s legacy. Another unveiling will take place thereafter, marking of Seal Point as the south eastern most point of Africa”.

The flag parade offers a perfect opportunity for locals to see the athletes before they set off on their gruelling adventure on Sunday morning 14 May 2017 at 7:00am. The venue of the start is being kept secret but SFT will endeavour to bring you more on the start as soon as the information is revealed so spectators can gather to support their chosen team.

According to Muller the race explores the Baviaanskloof Wilderness Area, a UNESCO World Heritage Site; the largest of its kind in Southern Africa.  The 225 000 hectare mega-reserve boasts unspoiled, rugged mountainous terrain featuring spectacular landscapes exposing athletes from far and wide to an entirely new kind of beauty. For the first time in the history of Expedition Africa there will be a “Dark Zone” along one of the hiking legs, as teams will not be allowed to travel during night. This is to ensure the safety of the teams as they will traverse though an African Wildlife area.

Worth noting from Heidi’s comment above is the mention of a “dark zone” where teams will not be allowed to travel at night. Other than the dark zones competitors apparently forego sleep and often continue through the night in their quest to finish in the shortest possible time.

So next week, whilst snuggling under your duvet tracking your favourite team on your phone, tablet or laptop, give a thought for these intrepid adventurers, even if they are a bit crazy, as they navigate through unknown, unfamiliar terrain in the dead of night.

Keep up to date as the race unfolds including tracking the teams – visit Kinetic Events website, the Expedition Africa organisers, at http://kinetic-events.co.za/Events/Expedition-Africa.

See you at the flag ceremony!

Meet Team Cape St. Francis Resort from South Africa. They will be at Expedition Africa 2017 Baviaans. 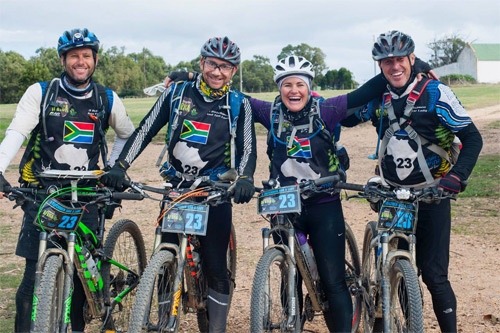 Meet Team 3 Dutchmen and a Lady from South Africa. They will be at Expedition Africa 2017 Baviaans. 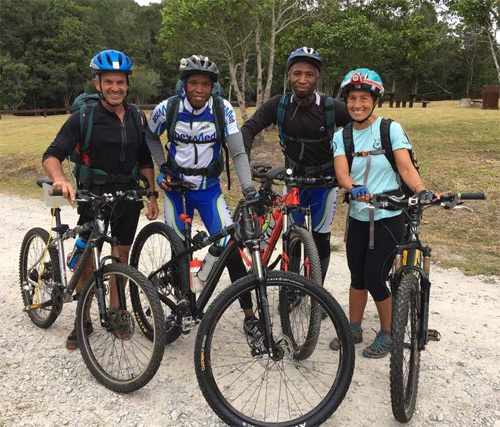 Meet Team Ubhejane from South Africa. They will be at Expedition Africa 2017 Baviaans.