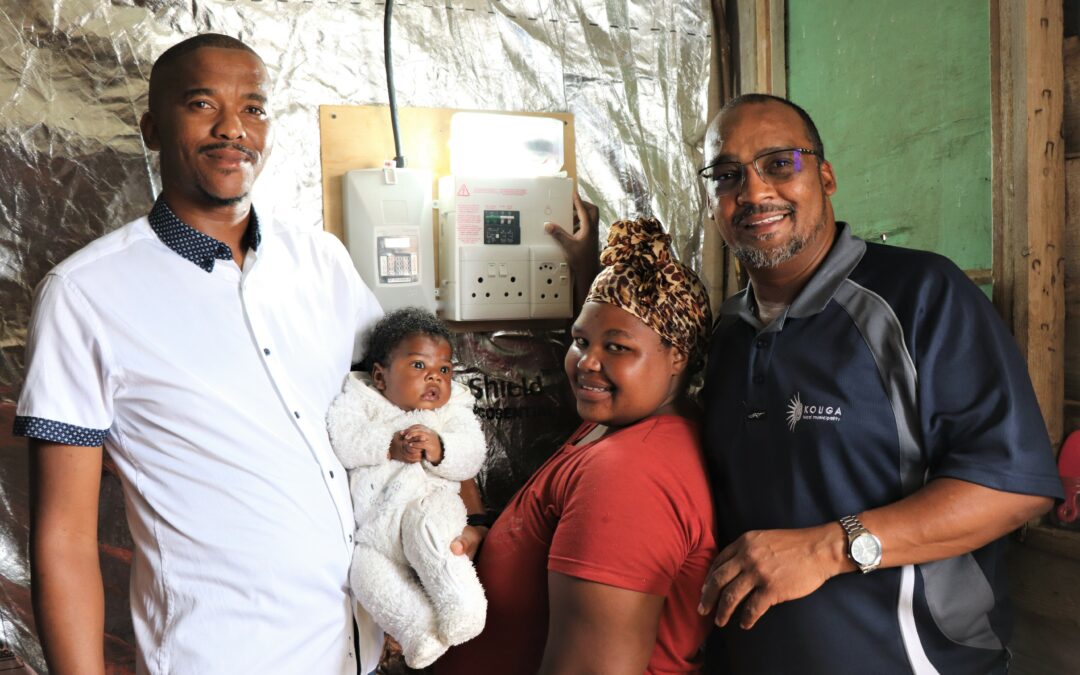 Ward 14 Councillor, Mzwandile Yali (left) and Kouga Executive Mayor, Horatio Hendricks (right), switched on the power to 200 sites at the informal settlement of Ebumnyameni in Ocean View on Friday, February 25. With them are resident Tebello Lebofa.

Kouga Executive Mayor, Horatio Hendricks, switched on the power to 200 sites at the informal settlement of Ebumnyameni in Ocean View on Friday, February 25.

He shared the privilege with Ward 14 Councillor, Mzwandile Yali.

The project, marking the end of the second phase of the ongoing Ebumnyameni project, was completed at a cost of just more than R1.1 million. This after 300 houses in the area received electricity last year at a cost of over R1.2 million.

According to Hendricks, apart from lighting up the area, the project also enabled the municipality to reconnect the high mast lights in the area that had been out of order for the past three years.

“Added benefits include more reliable electricity supply and a safer environment for children due to fewer illegal electrical connections,” he said.

Hendricks said electrification was an important step towards eradicating informal areas and restoring the dignity of communities.

“Electricity means much more than a light being switched on,” he said. “It means the right to live with dignity and giving yourself an opportunity to become more than the circumstance of your birth.”

According to him, the Council was proud of the municipal team in the Electricity Department.

“We thank them, our consulting engineers and the contractors for assisting us to bring change in Ebumnyameni in Kouga.”