Keith Donaldson, well known in these parts for his contribution to fire and safety, now resident in Port Elizabeth where he runs Bay Fire Safety Solutions, recently facilitated a Fire Safety Awareness course to the children of Sea Vista Primary School in St Francis Bay. This included a Safety pamphlet that was handed out to over 60 school children and a slide show presentation highlighting the dangers of fire in the home as well as safety procedures on what to do in case of a fire and what to do if they or a friend were to catch on fire – a procedure known as “Stop, Drop and Roll”.

A video with a song playing “Stop, Drop and Roll” was played to the kids which was well received and the kids left the hall, singing the song to themselves, which is a good sign that they were paying attention and will hopefully remember what to do in case of future fires. The pupils and teachers were very happy with the presentation and asked if we would return in future for more safety awareness courses.

The following day, a presentation was held at the Sea Vista Community Hall where between and 60-80 residents gathered to listen to a more detailed Fire Safety Presentation and slide show and were also given a demonstration on how to extinguish a small fire using a fire blanket. They were all given a fire blanket to take home with them.

The presentation was well received with many residents asking safety related questions and with most of the attendees extinguishing a fire themselves. A demonstration using fire extinguishers was also shown as a group of residents who are part of a local safety group who patrol the streets 24/7 were present and they are currently looking for sponsors for Extinguishers.

Commenting on the initiative Donaldson. “We plan to hold one more presentation in Sea Vista mid-November with the same slide show and fire blanket demonstration where another 100 fire blankets will be handed out to local residents.

This was all possible due to a generous donation from Kouga Wind Farm through the DVG – The St Francis Disaster Volunteer group. 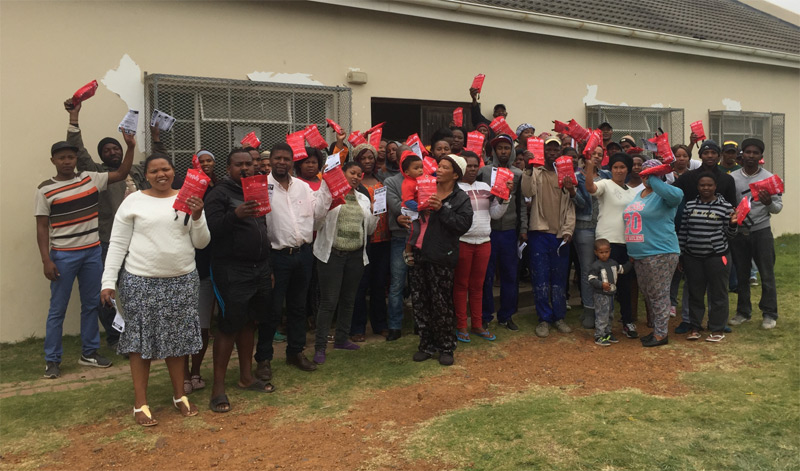 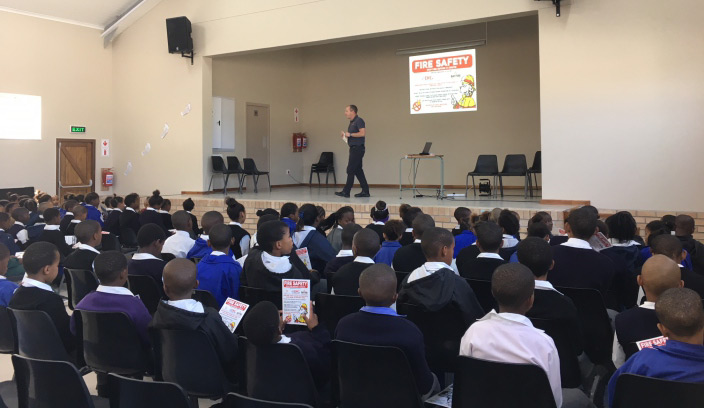