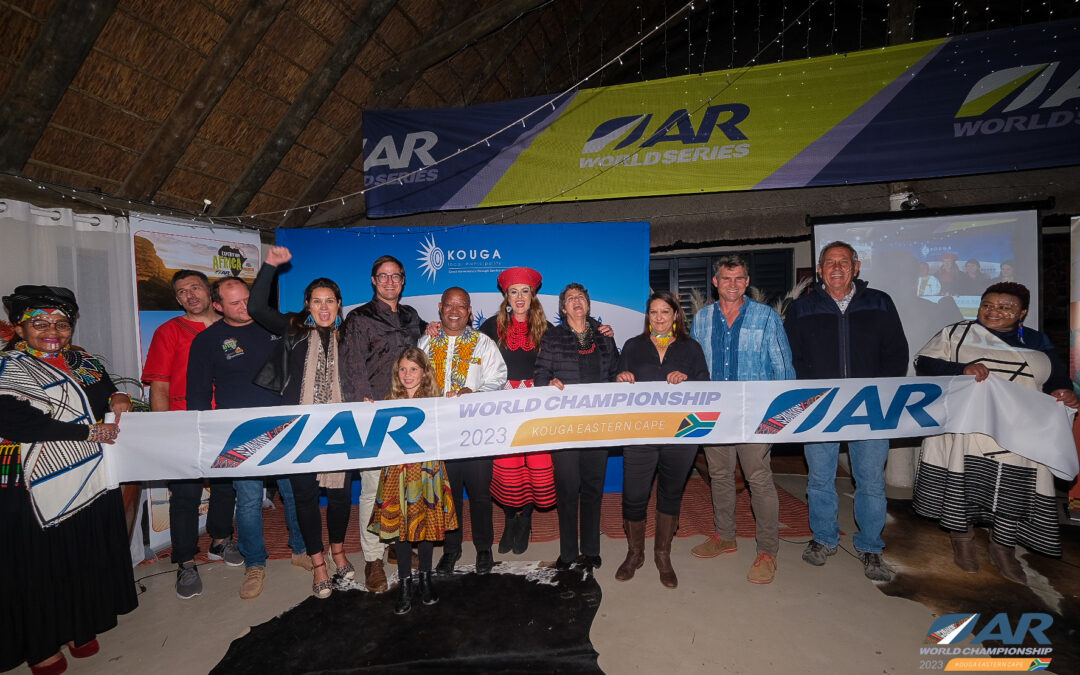 The 2023 Adventure Racing World Championships will be hosted by Expedition Africa, and held in the Kouga region of the Eastern Cape of South Africa in October.

“We are honoured and delighted to be chosen by the Adventure Racing World Series to host the most prestigious race in the adventure racing calendar,” said Heidi Muller.  “When we staged our first Expedition Africa 11 years ago, we never dreamed of this, and over those 10 races we have met wonderful athletes and teams from all around the world.  Our race is always as much about the people as the place, and it has become a global family. We want them all to share in our African World Championship in Kouga next year!  It will be a celebration of all that is good about adventure racing; exploration, achievement, teamwork and connecting people from around the world.” 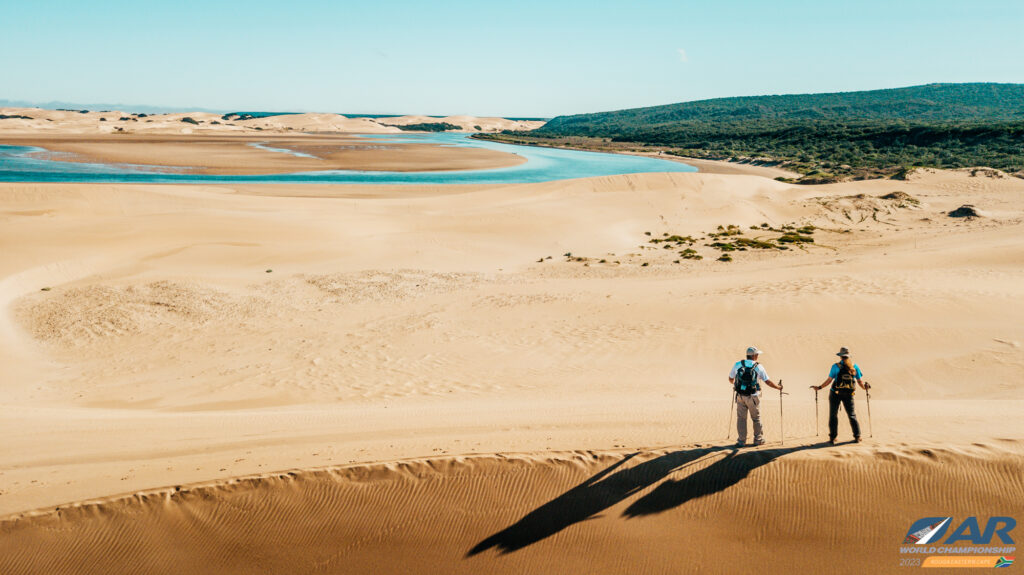 The first Expedition Africa was held in 2011 in the Western Cape and the race has visited most provinces of the country, as well as neighbouring Swaziland.  In 2019 the island of Rodrigues played host to Expedition Africa, and this year’s 10th anniversary race took place in the Mountain Kingdom of Lesotho.

The Estonian ACE Adventure Team are regular competitors and they were the winners in Lesotho.  Their team captain Silver Eensaar said,

“Expedition Africa is a very special event.  It’s a race that always delivers great adventure courses in unique terrain and a cultural environment.  Above all, it provides a sense of community and love that is different to other races. Expedition Africa is probably the most loved adventure race in the world, and teams keep coming back.  Dot-watchers enjoy exploring Africa while following the teams and the race always provides world class media content for fans around the world.  They will stage a great World Championship.” 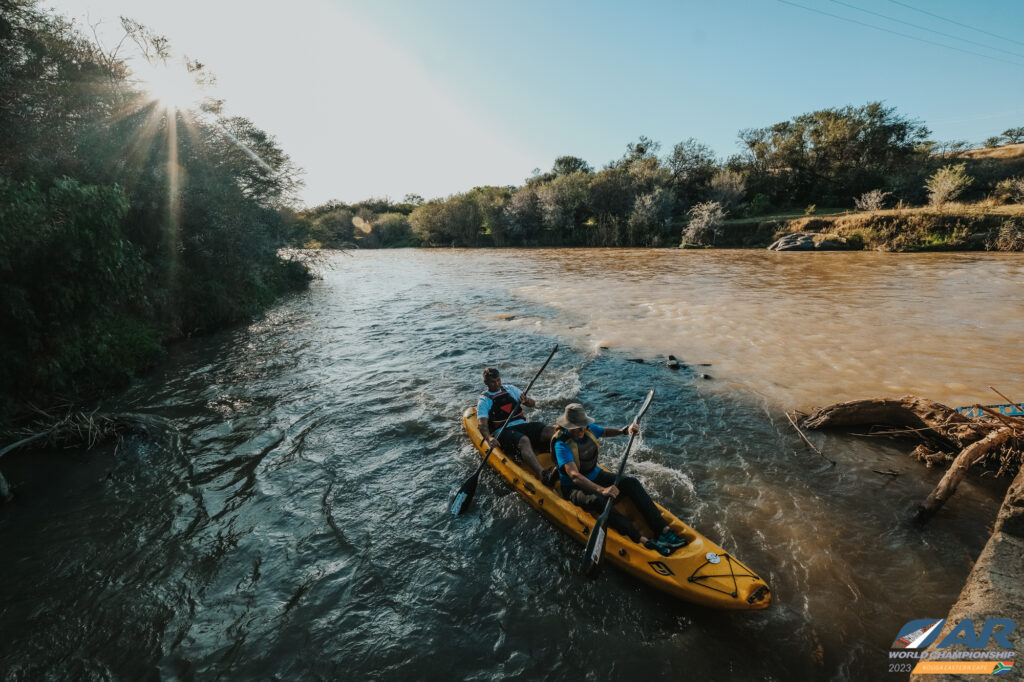 Eastern Cape is the Perfect Location

Stephan Muller spoke about the exciting possibilities for the course in Kouga and the Eastern Cape, which he has already begun scouting and planning.

“For an Adventure Race of this magnitude we need to find an area which is far away from any human development, to ensure teams have a true wilderness experience and race in unique terrain.  At the same time we have to be able to deliver fast and dependable logistics, transition areas that offer a welcome respite from the wild and accommodation with strong internet facilities for the world’s media.

The Eastern Cape has all that, and so much more.  It has a comfortable climate in October, a UNESCO World Heritage site, world class game reserves, and a rich culture.  It’s an exciting and diverse area, and the perfect location for an Adventure Racing World Championships.”

The Eastern Cape is the second largest of South Africa’s nine provinces, situated between the Western Cape and KwaZulu Natal and bordered by the Orange River and Drakensberg Mountains. 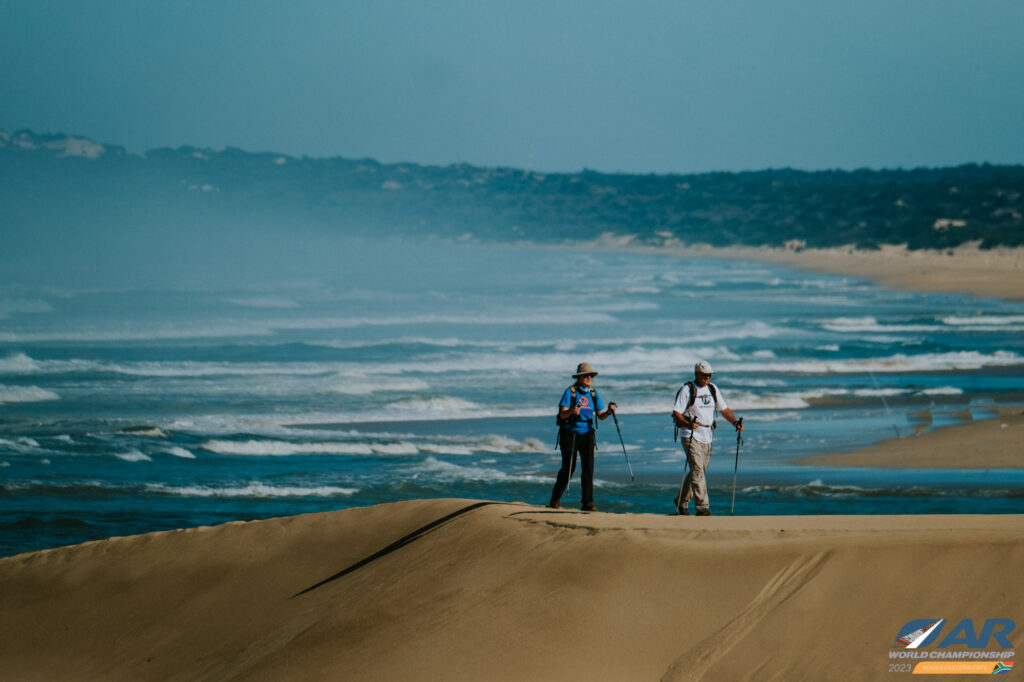 The Eastern Cape slogan of “Yours to Explore” is fitting. The province has 800 km of unspoilt, picturesque coastline and some of the world’s best beaches.  Southern Right Whales and their calves are regularly spotted in the Indian Ocean, the Wild Coast has dramatic cliffs and dunes, and the Sunshine Coast has more sunshine than anywhere else in South Africa.

Wildlife is abundant and the big five (lion, leopard, rhino, elephant, and the African buffalo) are easily spotted at private reserves, such as Kariega Game Reserve, and National Parks like the Addo National Park, which are spread across the province.

The wilderness Muller requires for his course is plentiful.  The Karoo Heartland is dominated by vast, dry plains, and is renowned for its seemingly endless, star studded skies, and its idiosyncratic little towns that take you back in time.

“We believe the variety of landscapes, coastlines, wildlife and peoples which teams will experience in the Eastern Cape will make the race a fitting and memorable World Championship.” said Muller.

He added, “We will do everything we can to make it the best ever!”

A Warm Welcome for the Teams and their Families

Teams will fly into Gqeberha (Port Elizabeth), and it’s then a 90 minute transfer to the race venue.  The Kouga Local Municipality and the Sarah Baartman Municipality will host the race and the venue will be the Cape St. Francis Resort.

The resort has world class facilities and a magnificent beach side location, and played host to Expedition Africa in 2017.  “Cape St Francis Resort being the host sponsor for the Adventure Racing World Championship 2023 re-enforces our commitment to bringing sports tourism to the Kouga region,” said the resort’s owner Fasie Malherbe. “This event will be a big boost for this region as 600 competitors from all corners of the planet travel here with media, medics, volunteers, friends and family members.  It’s been a privilege to work with our co-sponsors, Kouga Municipality, Sarah Baartman Municipality and Merrell to put this event together. However, none of this would be possible without Stephan and Heidi Muller and their passion for adventure racing.”

Heidi Muller commented, “We can’t imagine a better venue than the Cape St. Francis Resort.  The village feeling we will have there is vital to create a welcoming experience for everyone.  Family and supporters are welcome to join their teams and visit the Eastern Cape, and while waiting for them to reach the finish line can relax on the beach or view the Big Five in nearby game parks.”

Speaking at the event launch the Sarah Baartman Municipality Mayor, Deon de Vos said, “Sarah Baartman District is proud to be part of the Adventure Racing World Championships, which will be hosted in a true African style.

“Adventure awaits in our beautiful and diverse District, home to the 7 Wonders; The Addo Elephant Reserve, Baviaans and the Gamtoos Valley, Makhanda, Jeffreys Bay and St Francis, Karoo, the Sunshine Coast as well as Tsitsikamma and the Langkloof.”

Kouga Executive Mayor, Horatio Hendricks, welcomed the event and said; “With its international appeal, the Adventure Racing World Championships is a powerful marketing tool, which helps to keep our region on the tourist map.

“We are ready to welcome the teams to our shores in October next year before they tackle one of the toughest races ever and the Kouga Municipality wishes all the participants the best.  We hope that the event – the first of many to come – will be an unforgettable experience for everyone involved.”

All About Expedition Africa and the AR World Series

You can find out more about Expedition Africa and see details of the 2023 Adventure Racing World Championships, including entry pricing at www.expafrica.net

You can watch the live launch broadcast on the Expedition Africa Facebook page.