It is almost inconceivable that some of the teams that just 72 hours ago set off along the beach at Cape St Francis on the epic 500 kilometre Expedition Africa will soon be crossing the finish line at Cape St Francis Resort. To travel 500 kilometres by kayak, foot and bike  in just a little over three days seems  implausible yet a few of the teams will achieve just that in a few hours time.

Waiting at T9 at the Gamtoos river mouth yesterday morning to see the first teams complete the long 25 kilometre haul by kayak down the Gamtoos I had a chat with race organiser Stephan Muller  about the progress of the race. Interestingly he explained the front runners had lost significant time early late Monday night and early yesterday morning having had to traverse the course in the pitch dark. Asked if this meant his prediction of the finish time would be a lot later than anticipated, he explained it was very much swings and roundabouts. What was time lost in the dark would mean that these teams would now traverse a section of the race intended to be done in the dark on daylight allowing them to catch up those lost hours.

Standing on the banks of the Gamtoos one of the group assembled at T9 spotted movement on the river. Straining old eyes I finally spotted a spec in the distance that ever so slowly drew closer and closer. Finally looking no worse for wear Thunderbolt AR, an all Australian team landed their kayaks, carried them up the steps of the jetty and set them aside for collection by the race logistics team to collect. Now one would expect them to rush to the inviting spread of the refreshment table but not so, they immediately set about preparing for the next leg, a run to T10 in Jeffreys Bay, showing almost no evidence that they had just covered some 300 gturling kilometres in just over 53 hours with virtually no rest with Bernadette Dorman, the lady member of the team (pictured below) looking as ‘fresh as a daisy’. 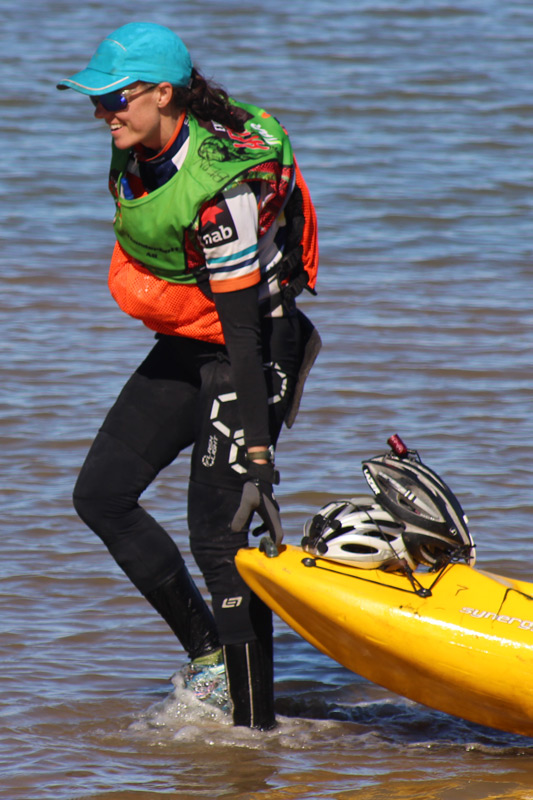 Whilst all the attention is naturally on the athletes, thought and thanks must be given to the many, many volunteers for without them giving so freely of their time, this race would not have been possible. Some of these volunteers have been at their posts at control points through the cold nights and long days waiting for the very last team to pass their station before packing up and no doubt heading for home, a warm shower and a good sleep. Well done and thanks to all those who gave of their time.

Thought must also be given to the amazing logistics team that brought this amazing event to the Kouga region but more on that in a later post.

Bu the time you read this there may be a change in the standings but at present Team Thunderbolt leads narrowly from Team Skylotec with East Wind and Nevarest Jabberwok  a distant third. It appears from the liv tracking that the two leading teams have finished the final cycle leg and are heading on foot for the daunting sand dunes of Oyster Bay.

If you can take a bit of time off work or are in the Cape St Francis area this afternoon, it would be great to gather on the Wildside or near the lighthouse to cheer these amazing athletes home. 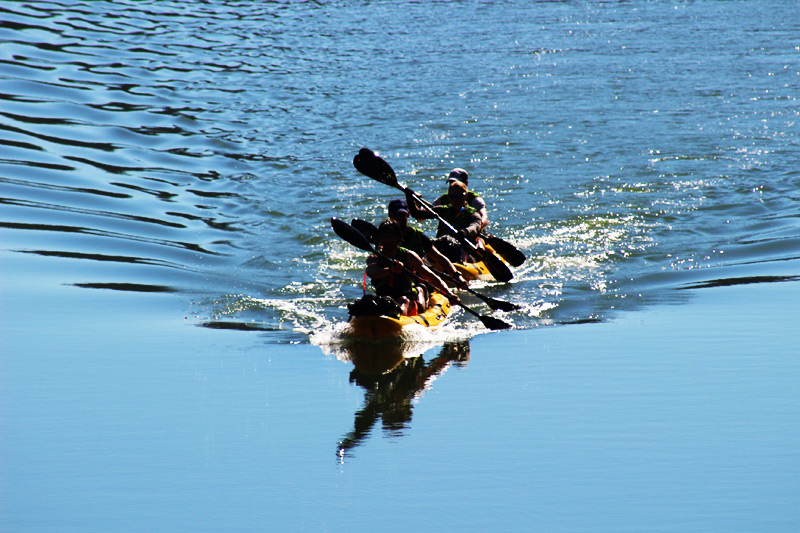 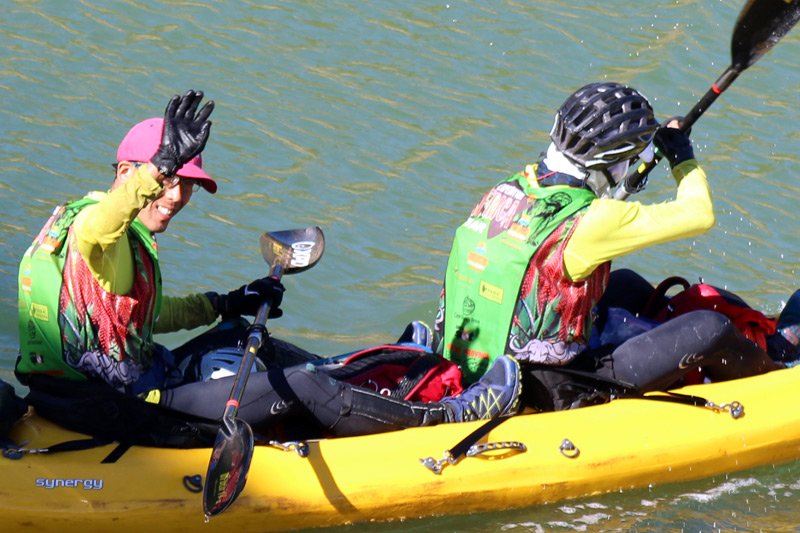