Dogs and kids of Sea Vista enjoy an early Christmas 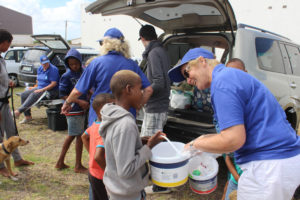 St Francis Animal Rescue, that band of dedicated volunteers who give so much of their time caring for the pets of Sea Vista and informal settlement of China Town threw a party at the weekly outreach on Tarragona Road yesterday afternoon fpr the dogs and their kid owners. Members dug into their pockets to buy sweets, cool drinks and biscuits that Fran parceled up and placed in plastic buckets along with a small bag of dog food. The buckets, kindly given to SFAR by Delish Food at the Port, were given to encourage the kids to always make sure the dogs have plenty of water available to them. 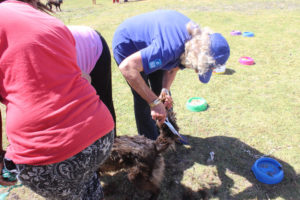 During the afternoon over 80 pets, mainly dogs and puppies but also a few kittens were treated, for worms, fleas, ticks or just given the ‘once over to make sure they were fit and healthy. One rather matted and dirty pooch was given a a somewhat unwelcome and unwanted grooming with Susan Rae Fox wielding a pair of scissors as the dog valiantly attemted to retain his ‘Rastafarian’ hairstyle.

Considering close to 100 dogs gather in a relatively small area these weekly held outreach clinics held every Thursday afternoon between 2:30 and 5:00 pm are rather peaceful affairs. Unfortunately yesterday afternoon a rather unusual altercation where a known fight instigator caused a few minutes of mayhem which was quickly brought under control with the instigator sent on his way tail between his legs.  For the second time in as many week he had to be treated for a few bite marks as all the other dogs showed him he was not welcome. Not unlike humans really!

Part of the SFAR outreach is Jilly’s Second Hand Clothing Stall where the money raided from the sale of second hand clothes is given to SFAR to continue their amazing work with the animals. So if you have any clothes you need to part with or don’t have enough space in your suitcase for your trip home, Jilly would be only too happy to relieve you of them. 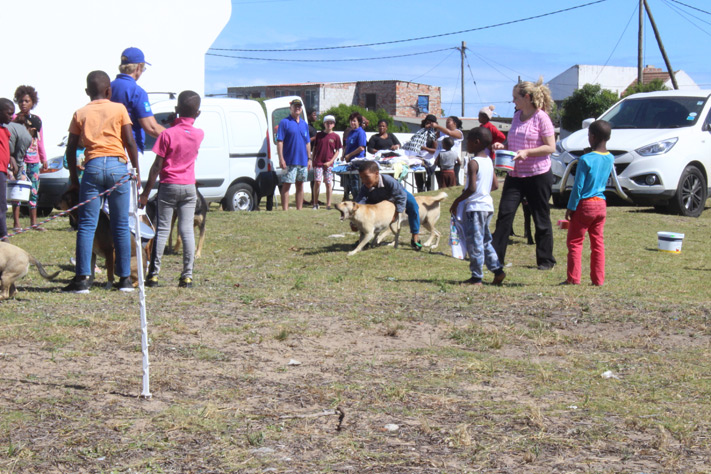 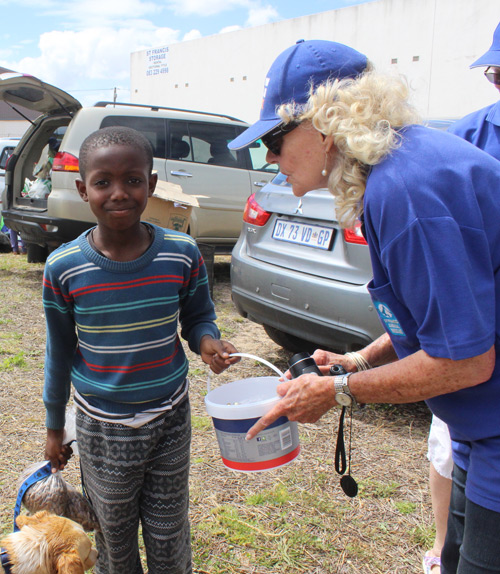 Donations can be made to SFAR to followiing Account: