Yago Dora, Filipe Toledo and Jadson André all had commanding performances at the QS5000 in Fernando de Noronha. 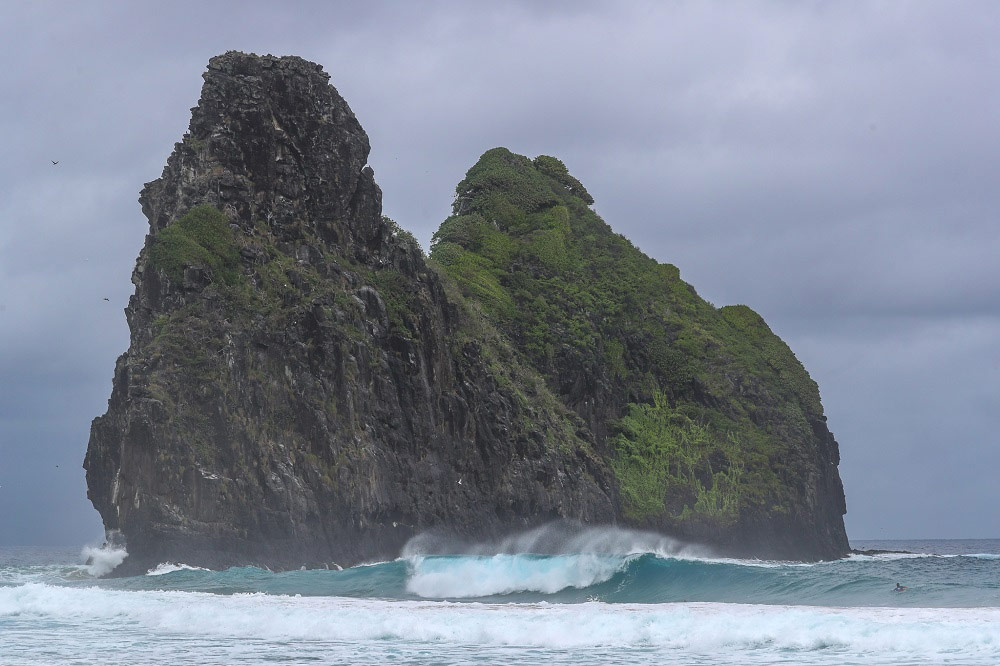 CACIMBA DO PADRE, Fernando de Noronha, Brazil – Thursday, February 13 – Action kicked off to an early start on Thursday for Day 3 of the Oi Hang Loose Pro Contest pres. by Elétron Energy with last year’s event winner Jadson André (BRA) in the opening heat of the day. In his first appearance in a jersey in 2020, André looked spry as he tagged the lefthanders at Cacimba do Padre with lightning quick reflexes.

Despite his admitted aversion to early morning heats, the Brazilian was still able to advance easily with a 12.50 total over Cauã Costa (BRA), Enzo Cavallini (FRA) and Kian Martin, the only WSL surfer based out of Sweden.

“My first heat of the year and it had to be at seven in the morning,” joked André. “Everyone knows I’m not a big fan of getting up early and today I was up at 4:40 for prep. But in the bigger picture, last year I competed in the first heat in almost every event. It was unbelievable, it was like a test. So being back here and getting ready for another year on the CT shows that all the sacrifice was worth it.”

Jadson later recollected the importance of the Hang Loose Pro in Fernando de Noronha from his childhood.

“I remember when I was a kid, I used to dream about competing at this contest on this beach,” added André. “To win the contest last year was a major accomplishment in my career and hopefully I can be on the winner’s podium again this time around.”

Although the waves at Cacimba do Padre are best-known for their powerful barrels, conditions today offered athletes more of an open playing field where turns, airs and progression were the go-to maneuvers.

One of the most stylish surfers on tour with a complete grasp of those aspects in competition is Yago Dora (BRA), who earned the day’s best heat total of a 14.07 with high-performance surfing and lofty airs.

“My strategy today was to be ready for anything,” stated Dora. “I paddled into my first wave and felt there was really nothing on offer, so I risked going for that big air. Going to the air is something I feel confident in doing and that section just made me want to go for it. I really enjoy when there are a lot of waves and lots of scoring opportunities. That’s when it feels more like a freesurf than a comp, and you just want to keep doing bigger and better moves. I love the wave here and I feel like I’ve got a good connection with it, so I’m happy to be moving on to the next round.”

With completion of the Round of 96, athletes and contest director Fabio Gouveia assembled together to see if conditions were still contestable to begin the next heat, which included Filipe Toledo (BRA). The athletes unanimously agreed to continue as consistent sets in the 4+ foot range peaked across the lineup.

After falling on his initial attempts, Toledo got the ball rolling and earned a 7.00 and a 6.77 from the judges with his innovative surfing. Marcos Correa (BRA) advanced in second place, eliminating Junior Lagosta (BRA) and Santiago Muniz (ARG) from the competition.

“We got together before the heat and decided to hit the water to get this round started. It was fun, the waves are still rippable and today was more about the airs than the barrels. I’m just thankful for being here. Surfing in paradise isn’t for everyone,” said Toledo jokingly. “It’s all about staying focused, but having fun at the same time. It’s the best path to victory.”

Following that heat, a strong sidewind whipped up, deteriorating conditions. The contest was put on hold with the next call scheduled for 7:00am local time on Friday. Heat 2 of Round of 48 will see Luke Gordon (USA), Marco Giorgi (URY), Weslley Dantas (BRA) and Joan Duru (FRA) match up at Cacimba do Padre.