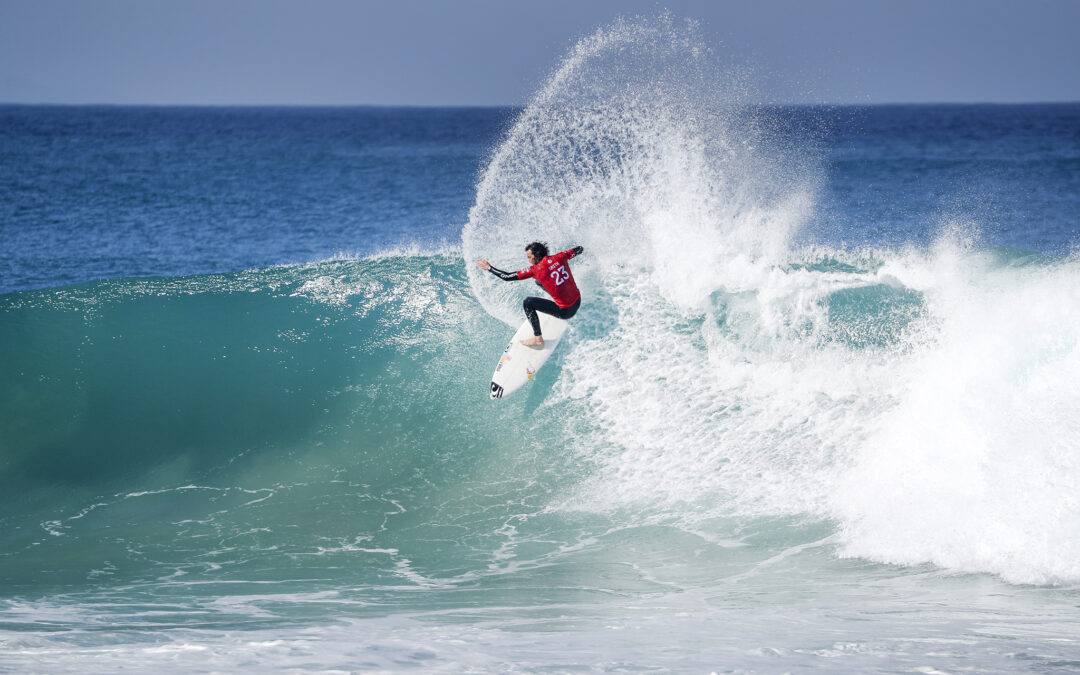 We all know that Jordy Smith is capable of some incredible surfing. The Durban-born Capetonian won two Corona JBay Open events in 2010 and 2011. He has also been world title runner up twice, in 2010 and 2016.

Yet, in 2017, he surfed a 20-point heat at JBay. Poor Italian surfer Leo Fioravanti had no chance.

If ever there is an opportunity to score perfect 10-point-rides, Supertubes in JBay is the place. It might not be a perfect 10 point tube ride like Pipeline or Teahupo’o, but it allows for high-performance 10-point rides.

Ten-point rides are rare, and twenty points are rarer.

Your first ten was incredible, but that second ten. Did you feel like you did everything possible on that wave?

That last floater was a big section and a big move. I already had done so much on the wave. That wave had me a bit stumped. I don’t know what else I could have done on that wave. When I made the floater, I thought it might be another 10.

Some people say that J-Bay is a complicated wave, that it’s a great wave to surf, but a complex wave to surf well.

Well, the thing is that when you get a good one and you surf it well, it’s magnified, you know? So when you do a big carve or a power turn or get a good barrel, it looks so good at Supers. The problem is that it works both ways. If you do a poor favour, it also gets magnified. So if you bog a rail or something on a perfect wave at Supers, it looks terrible.