Cooking With Conrad Gallagher – Can South African Wine Perform on the World Stage? 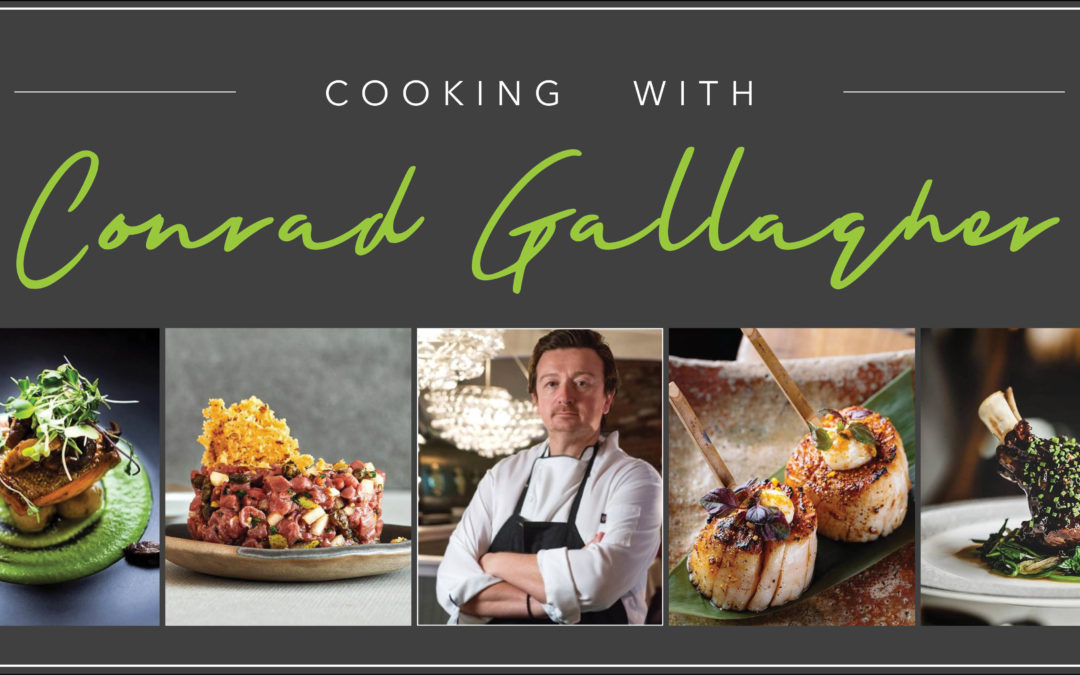 The question is probably more hotly debated within the South African wine industry itself than anywhere else. Still, if one looks at credible international awards and the opinions of wine critics and journalists respected for their views on diverse wine regions of the world, the answer is pretty clear.

2021 Outstanding Wine Producer of the Year

Most recently, Vilafonté of Stellenbosch, a South Africa-California collaboration focused on a small range of exclusive, luxury wines. They lived up to their vision of producing “wines which stand shoulder-to-shoulder with the great wines of the world.” This was done by winning the 2021 Outstanding Wine Producer of the Year in the International Wine & Spirits Competition (IWSC).

South Africa has performed in this competition, with Kanonkop taking the world wine producer of the year title in 2019.

These and other international titles and awards reflect how South African wine is rapidly developing a clear identity on the world stage. No longer trying to emulate other countries’ styles but rather making distinctive wines of recognised quality that express a South African wine culture and sense of place.

“What South Africa has achieved, not just since 1994, but in the nine years that I have been writing this report, is truly remarkable. No other wine industry has made such strides. No other wine industry possesses such energy or excitement. Right now, and in the face of the huge challenges the country faces on many fronts, it’s important not to lose sight of that achievement.”

Can South African Wine Perform on the World Stage?

Atkin compiles around 10 special reports every year, an in-depth look at the wines and overall industry of essential regions or countries. He also does weekly tasting notes on wines from around the world on his website and in other publications. In other words, he knows what he’s talking about when it comes to being able to compare wines on the world stage.

A South African wine, the Bordeaux-style Kanonkop Paul Sauer 2015, received Atkin’s first-ever 100-point score for a New World/southern hemisphere wine in his 2018 report. “One of the greatest young wines I have ever tasted”.

Atkin followed up that first, rare perfect score with 100 points for the 2018 Porseleinberg Syrah and 2019 Sadie Family Skurfberg Chenin Blanc in his 2020 report. He commented that South Africa was “making the best wines in its history”. The Sadie Family achieved full marks again in 2021. This time for the 2019 Columella.

These are all wines that command high prices at auction. The rise in international auctions of South Africa in recent years signalling the development of a secondary market for South African fine wine. This indicates that some older, well-preserved wines are internationally seen as investment-quality.

Well-known in the fine art world, Strauss&Co started their South African fine wine auctions in 2019 and have set benchmark prices and new sales records for some of the country’s top wines.

The annual auction by the Cape Winemakers Guild showcases wines made by its members exclusively for the auction. The Guild is  an exclusive, invitation-only group of top South African producers. The auction has been held in London for the past two years. It shows the growing interest by international buyers, who bought almost 40% of the lots on offer this year.

Meanwhile, the Cape Fine & Rare Wine Auction (long known as the Nederburg Auction and probably South Africa’s longest-running wine auction) is renowned for offering older, rare and investment wines with impeccable provenance. This year, long open to international buyers bidding by telephone, it extended its global reach with a hybrid online and in-person sale. It was conducted by Christie’s from the Rupert Museum in Stellenbosch.

Poor old Napoleon died before he tasted the sweet elixir that was a favourite of European royalty in the 18th and 19th centuries.

Meanwhile, South African-born Greg Sherwood MW, a wine critic, judge and the senior fine wine buyer at Handford Wines in South Kensington, London, chaired the South Africa judging panel in the Decanter World Wine Awards this year. Reflecting on the entries, he said: “The comparison between the quality of the wines submitted now and those of 2003 bear no resemblance whatsoever. On the contrary, the quality of wines tasted over the past two or three years have reached heights I could never have imagined 10 or 15 years ago.”

He praised the consistent quality of both red and white South African wines from across the style spectrum, from entry-level sub-£9.99 retail right up to the super-premium boutique icons at £50+.

In an article on “why you should buy South African wine”, she mentions the “new-wave producers with their old-vine Chenin Blancs, Cinsaults and Grenaches.” These from newer winemaking areas such as the Swartland, as worthy of attention, as well as Pinot Noir from the cool south coast.

“The average age of the country’s dominant grape variety, Chenin Blanc, is sufficient to imbue many of them with real complexity – more so than many a Chenin from its homeland in the Loire Valley. Most of the reds I encountered were really delicious. There were fine examples of Cabernet Sauvignon and Syrah/Shiraz, as well as wines made from the Grenache and Cinsault vines that can be found in some of the Cape’s older vineyards,” she said.

Gorgeous Wines That Shine With Purity

Over the pond in the USA, Napa Valley-based sommelier and writer on South African wine for the influential Robert Parker’s Wine Advocate, Anthony Mueller, also speaks of South Africa’s “gorgeous wines that shine with purity and have a sense of place”.

“For anyone out there who still has bad memories of a South African wine they tried several years ago, it’s time to seriously reconsider South Africa. The depth of flavour, precision, length, varietal purity and mineral tension in the wines coming out of South Africa deserve a second look.

“As Americans continue to seek out wines from around the world, I do see South African wine becoming more important to American consumers. And both collectors and the everyday sipper can enjoy South African wines, as the country does both categories well,” Mueller wrote recently.

South African wines offer incredible diversity and range, he says. “Everything from lighter-bodied and crushable … to mineral-tensioned and crystalline and age-worthy and world-class”.

Where to buy South African wine?

In South Africa itself, look no further than our Off the Menu Food Emporium [https://offthemenufoodemporium.com/ ] stores in Port Elizabeth and St Francis Bay. They stock a premium selection of South African wines from independent boutique producers, also available for purchase online.