Caring for their community

Some weeks back Janet Harrison unveiled to St Francis Today an idea she had been contemplating for some time that she would like to be part of the Nautical Festival in coming years. Expanding on her idea she explained how there are so many unsung heroes in the St Francis community who do wonderful things for the community yet get little or no recognition. Whilst a little late to start the process of getting public participation in selecting those who should be recognised at this year’s festival, she does have plans to introduce a process where the community at large will be encouraged to submit names of those they feel should receive recognition for their efforts.

To get the ‘ball rolling’ as it were, Janet and a group made up of members of the public and members of the tourism committee selected a short list and finally came up with four people who they felt deserved to be recognised at this year’s event. On Sunday night these four community dedicated individuals were invited to the closing ceremony and prize giving at the St Francis Bay Ski Boat Club to receive the recognition awards. The categories were as follows

Margaret rises every morning at 5:00 to prepare food for some 100 school goers so that they won’t go to school on an empty stomach. We certainly cannot think of anyone who deserves this award more so from St Francis Today and the entire Sea Vista and St Francis community, thank you Margaret for caring.

The next award was for Business Support for Community Events and there really can be no doubt few do more than Richard Moolman of St Francis Bay Superspa to support almost anything that happens in St Francis. 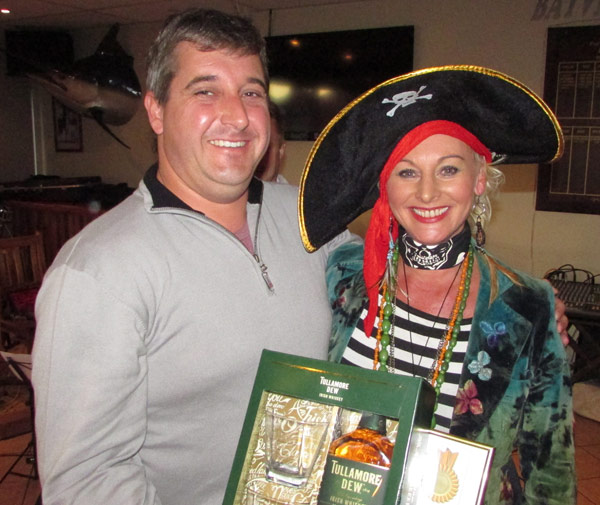 Recently retired from his position of Chairman of the St Francis Bay Residents  Association where he fought the many a battle for St Francis Bay with the municipality to get things done. Still very active on the beach committee and the driving force behind the setup of a Disaster Management and Rapid Response planning, Nigel Aitken received the award for his impact on the community. 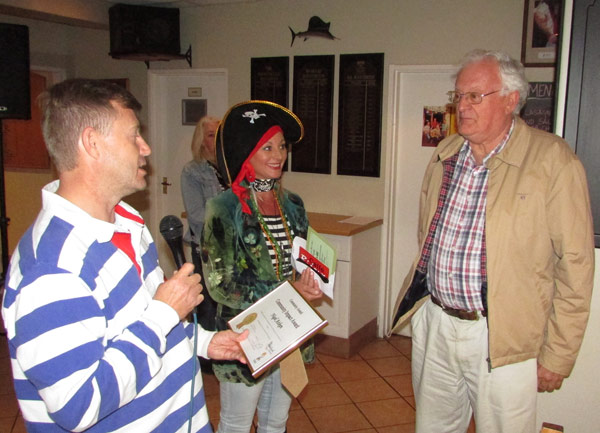 Last but least was the award for “Neighbour of the Year” was Riaan Senekal who went to extraordinary lengths and investing a substantial amount of money to clean up the area in his neighbourhood. Unfortunately Riaan was unable to attain the award ceremony hence no photo but we will endeavour to interview him in the coming days.

The prize giving for the fishing competition followed the awards with Tim Christy presenting the prizes. 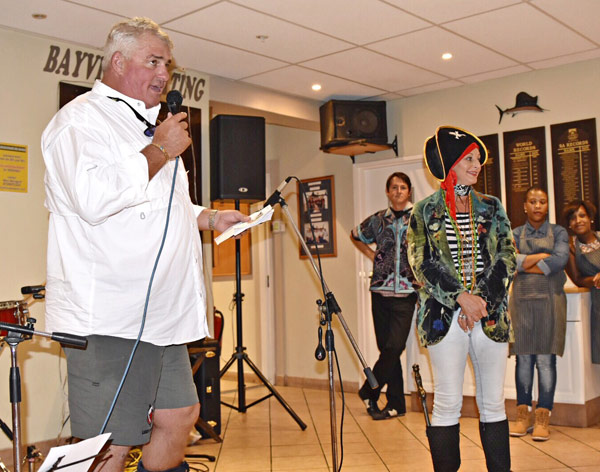 The St Francis Bay Ski Boat Club really is a super venue and wow they serve really great calamari along with a nice choice of other dishes on their menu. Music for the evening was provided by a fast becoming a very popular local group, Grosvenor Road Band. Always enjoy these guys particularly their rendition of Crosby Stills and Nash oldie “Teach Your Children”. A really pleasant evening to end to a successful Nautical Festival. 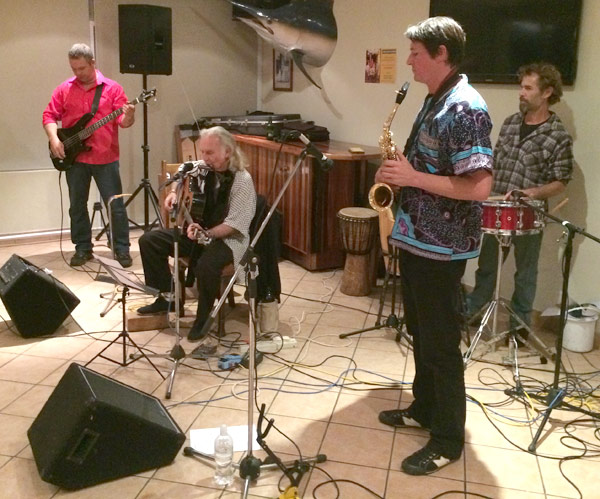