The ship’s Captain had reported that they were steaming towards St Francis Bay advising that they had a crewman onboard suffering breathing difficulties.

On arrival on the scene our NSRI medics boarded the vessel and medical treatment to the 43 year old Port Elizabeth fisherman was administered and he was transferred onto our sea rescue craft and with oxygen therapy continuing we brought him to the Port of St Francis in a stable condition and he was taken into the care of Private Care ambulance services paramedics who transported him to hospital in a stable condition.

Sea conditions were 2 to 3 meter swells in a 27 knot wind.

The operation was completed at 01h30 and some of the crew were back in action at the St Francis Rocks concert cooking up a tidal wave of  boerie rolls served up with a really tasty, tangy, spicy tomato & onion gravy. Well done Sarah, you and your guys do an outstanding job. 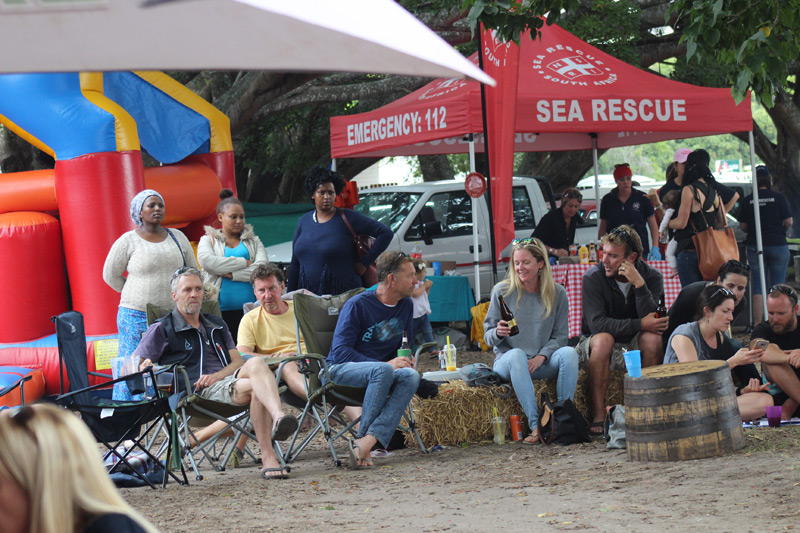 The NSRI ensuring everyone was well fed with the boerie rolls at St Francis Rocks concert!