Brilliant talk on the benefits of Hypnotherapy

Jenny Rayment, Hypnotherapist, gave a very informative talk at Dune Ridge Country House on Thursday morning explaining firstly the difference between a hypnotist and what most have experienced either at stage shows or on television and that of hypnotherapy. Interesting was her confirming that when under hypnosis one could not be made to do anything one did not want to do and that even if one reached the deepest state of hypnosis where the hypnotist couldn’t bring you back, you would simply sleep for a few hours and awake normally from a refreshing sleep.

Jenny went on to explain the many benefits of hypnotherapy and gave several case studies where delving into the sub-conscious had uncovered experiences, many from childhood, assisting patients overcome fears or habits. Certainly Jenny set at rest the many myths of hypnosis as a mystical, magical process and no doubt many in the audience would have recognised habits or fears of their own that could benefit from hypnotherapy.

An excellent and certainly interesting hour’s minute talk delivered with hardly any reference to notes and with an obvious passion for the work she does in helping. Her talk was absolutely fascinating – and she held the entire audience captivated for the full 60 minutes followed by a short Q&A were the inevitable question regarding giving up smoking was asked. And the answer? No it won’t unless you have made up your own mind to stop smoking then it may assist.

Kicking of the event before Jenny took to the stage there were several fabulous prizes on offer both a lucky draw and two raffle prizes a beautiful bread bin donated by Greta from In-House and a scrumptious cheesecake baked by Viking and has been christened the ‘Stephanie Cheesecake’ in honour of Stephanie Ernsten – the St Francis Bay Animal Rescue animal guardian.

Susan Rae Fox thanked Jenny for giving of her precious time to help the Open Your Eyes and Sterilize campaign to collect funds to sterilize the dogs and cats of Sea Vista. She also thanked Sarah-Jane from Dune Ridge Country House for the use of your beautiful venue and for the wonderful hospitality as well the 80 guests who had attended the event and helped raise much needed funds for the St Francis Animal Rescue to continue their work.

Sue further praised the work being done by Stephanie Ernsten who so far this year has had 79 dogs, cats, puppies and kittens sterilized. “We couldn’t have our regular fund-raising talks or achieved this remarkable success without your help so thanks to all our friends for your generous and kind support!”

Stephanie runs a clinic at Sea Vista every week where she treats wounded and sick animals, inoculates puppies and kittens, provides deworming medicine and dips dogs against ticks and fleas. She also uses the clinic to persuade dog and cat owners to sterilize their pets.

I was a super fit, 40 year old Vegan.  I ran marathons, was working towards a black belt in Karate and was game for any extreme exercise.  I ran our businesses and had two small children.  Surprise, surprise when I collapsed in a heap and had to spend 20 out of every 24 hours on a bed.  Doctors were at a loss and after many invasive procedures came to the conclusion that I had Chronic Fatigue Syndrome.  They shrugged their shoulders and sent me home.  I was so delighted that I wasn’t dying but had no idea that I was facing the biggest challenge of my life.

I turned to alternate therapies and tried them all.  Eventually five years down the line I discovered Hypnotherapy and it was the beginning of my healing. It is a misunderstood form of therapy.  It is a way to access the unconscious mind where our patterns, habits, belief systems and conditioning are stored.  By creating an awareness of these patterns we can change the way we deal with situations, react to people and be more realistic about our expectations.  We can transform habits and patterns that are keeping us stuck.

I was convinced from the start that I could help other people in the same way that I had been helped.  I studied and qualified with the South African Institute of Hypnosis.  It has opened the doors to many different forms of therapy.

Photo’s from the event 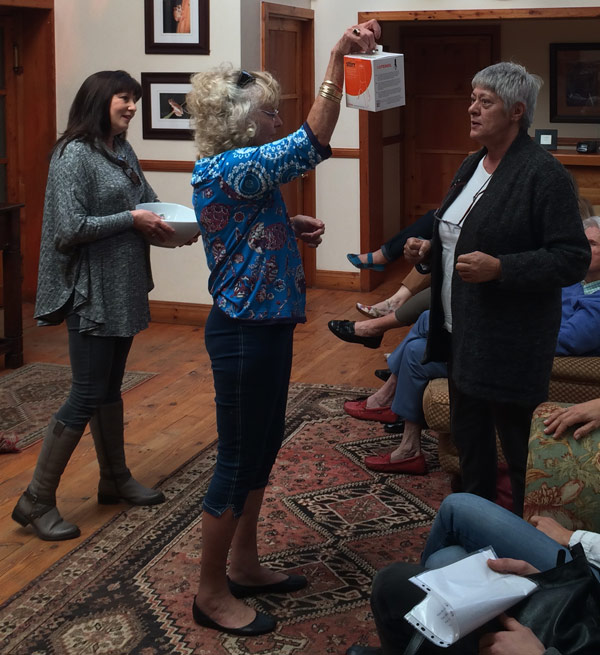 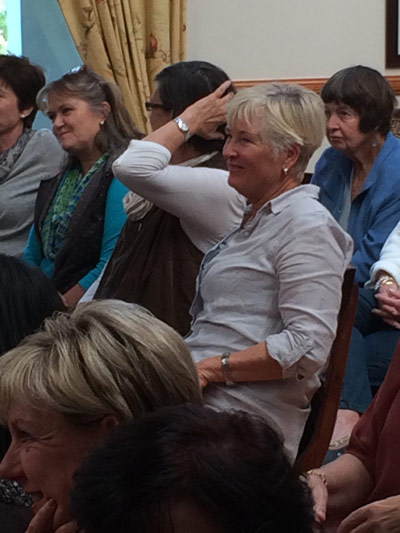 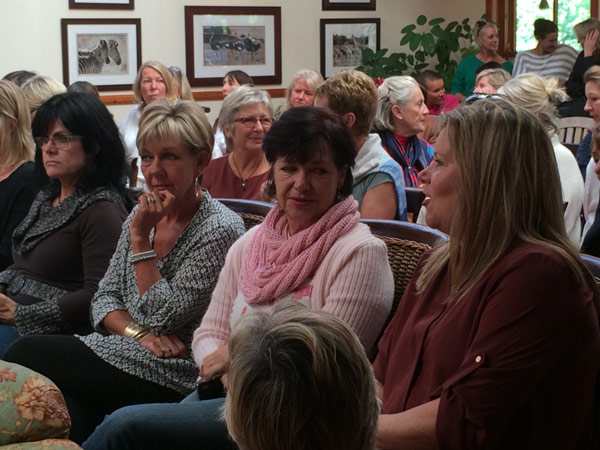